The time travel movie they're all talking about right now (after About Time) is about to be re-released on Blu-ray with oodles of new features and interviews, and your chance to win a limited edition steelbook containing that very Blu-ray is but a few words away. Can you feel the tension? I can. *parp*


Thanks to Arrow Video, arguably Terry Gilliam's greatest film* has had a 2K resolution overhaul and gets a spanking new high definition home cinema release on Monday, giving you the chance to once again laugh at little people falling over, boggle at how they got Sean Connery on board and wonder with a twinge of sadness whatever happened to Craig Warnock, who plays Kevin. I'll tell you what: he turned 43 this year. FORTY-THREE. 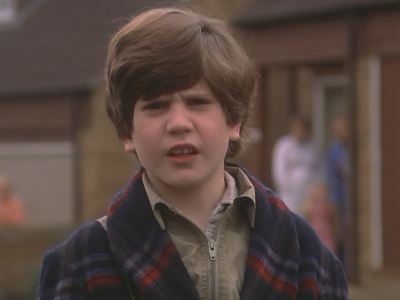 You'll always be an eleven year old boy to us, Craig. No wait that sounds weird.


Thanks to the almost illegally sexy people at Maven Publicity, we have three copies of the Time Bandits Blu-ray steelbook to give away to three lucky bastards who are too tight to shell out fifteen quid. All you have to do to claim this literally above average prize is come up with the best alternative names for the film's six time-travelling tykes. When you've got your six names, tweet them to The Shiznit using the hashtag #AltBandits before midnight on Friday August 23rd.

Whichever three sets of names cause Team Shiznit to snort the most tea out of our noses will be declared the winners, so bear in mind that anything puerile and genitalia-related is probably in with a good shout. FYI, the original names are Randall, Fidgit, Strutter, Og, Wally and Vermin, so obviously they're all off limits. Good luck, not that that'll do any good whatsoever!

Yours! All yours! Maybe.

*This statement is not open for argument.

More:  Time Bandits  Terry Gilliam  Dwarves  Competition
Follow us on Twitter @The_Shiznit for more fun features, film reviews and occasional commentary on what the best type of crisps are.
We are using Patreon to cover our hosting fees. So please consider chucking a few digital pennies our way by clicking on this link. Thanks!