It's been a while since we've run a competition, isn't it? Go on then, have two tickets for The Phantom Menace in 3D at the ruddy BFI IMAX, plus a poster and a top Star Wars book, too. I'm too kind. 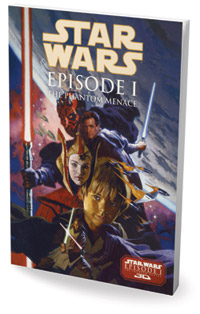 Star Wars! Star Wars is happening again! The Phantom Menace 3D is in cinemas now, and there's nothing you can do about it! Except...

Win tickets to go and see it! At the BFI IMAX in that little fort in that roundabout in Waterloo in London! You know, the biggest and bestest cinema screen in the entire country! That one.

Even better, I'll throw in the graphic novel adaptation of The Phantom Menace from Titan Books, which is arguably better than the film. I love Titan. Their coffee table books are the only freebies I get that don't go straight on eBay. (I don't really mean that, other PRs). They've offered me a poster as well, but I don't know what it looks like. Let's assume it says Star Wars on it.

All you have to do to win this bounty worthy of Boba Fett is SHAME YOURSELF. I want to know: what's the geekiest thing you've ever done in the name of Star Wars fandom? Ever dressed up like Yoda for no reason? Ever had to explain what a Bothan is? Ever queued up for an Admiral Ackbar trading card? Being that guy is finally paying off.

You can tweet me your most shameful Star Wars moments @The_Shiznit or email me at the usual address. I'll announce the winner at the weekend and you can pick your date to go and see Phantom Menace at the IMAX.

The nice lady at the BFI who offered me this competition prize asked if I could include the official BFI logo, so I did, and added the cushion and the lights to make it seem extra professional. 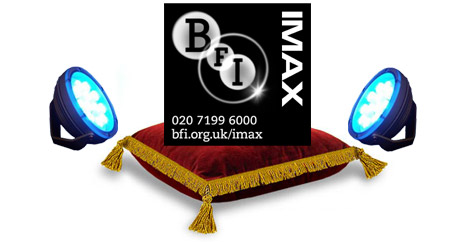 More:  Star Wars  Competition  George Lucas
Follow us on Twitter @The_Shiznit for more fun features, film reviews and occasional commentary on what the best type of crisps are.
We are using Patreon to cover our hosting fees. So please consider chucking a few digital pennies our way by clicking on this link. Thanks!