The following lines of dialogue from the otherwise atrocious The Purge: Election Year 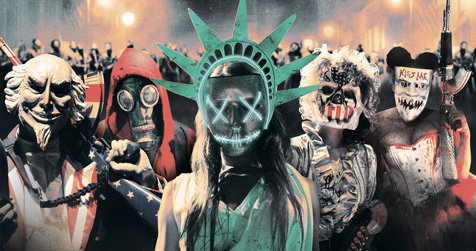 Literally the first line, spoken by a right-wing politician about his female rival:

"
"
"There's a whole bunch of negroes coming this way, and we're sat here like a bucket of motherfuckin' chicken!"
This is just how old people talk:

"
"
"All I care about is waffles and pussy!"
The real motivation behind Purge Night: 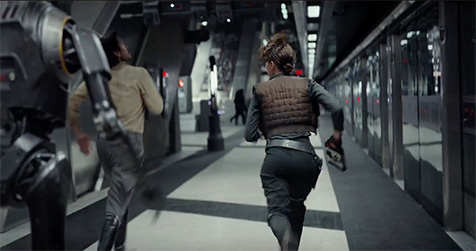 A cross between the fantastic and the mundane. Stormtroopers, but on the Jubilee Line! All confused because they have to get off at North Greenwich and change platforms even though they thought they got on a Stratford tube! Next you'll be telling me that Yavin isn't actually a space station but a small industrial complex in Haringey.

Is the person you're arguing with online really failing to see your point of view? Just deploy this bad boy and have robo-Sheen illustrate how you're feeling.

A banner year for Jeff Wells 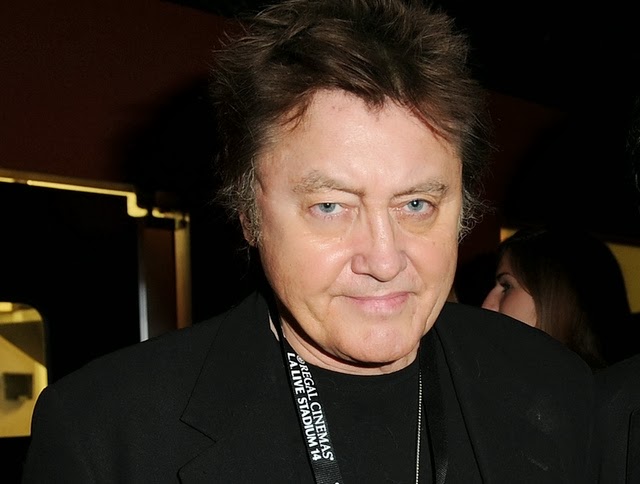 Ah, Jeff Wells. The Hollywood Elsewhere film critic has always been a crotchety weirdo: when he's not randomly firing off Twitter insults to fellow critics or claiming that people shot dead in a cinema for texting should have been more courteous or fat-shaming actresses, he's emailing directors and asking for nude outtakes. But this year, Jeff has taken his act to a whole new level.

Honestly I've lost count of the amazing acts of Wellness we've seen performed this year. There was the time he replied to Jessica Chastain's request for advice on how her female followers might want to become film critics, which amounted to 'be attractive'.

Most recently, there was his incredible unprompted attack on film critic Amos Posner. 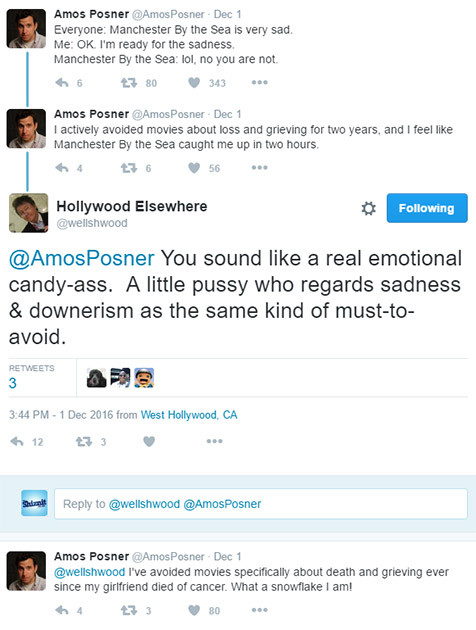 Wells - clearly a garbage person - is nonetheless one of the most incredible critics in the business, because he's so completely lacking in tact and manners. He frequently slings insults at fellow critics (his back-and-forth with Davd Erlich is a particular highlight), fully aware the chances are high they'll meet up at some event later in the month. He has no filter. He has the opposite of a filter. He has a blog.

Please, someone, make a movie about Jeff Wells. This vignette alone deserves to be seen on the big screen.

'No Dames' from Hail Caesar!

Channing Tatum as a rambunctious tap-dancing sailor, you say? Where do I sign? OH SHIT WHAT DID I SIGN I'M IN THE NAVY NOW.

This tweet about the editing in Taken 3, which admittedly came out in 2014, but the tweet was from this year, so shut up

Never forget that in Taken 3 theres a 14 camera cut sequence of Liam Neeson hopping a fence. We can do better. We must. pic.twitter.com/QTWtOSkzXc

All it's missing is the guy that goes "BAARGHHHH". 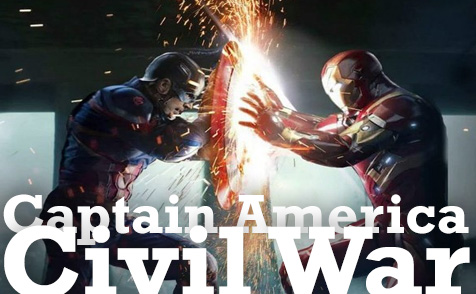 It's not really that hard to understand why Marvel's movie about superheroes hitting each other was deemed a great success, and DC's movie about superheroes hitting each other was not. Batman and Superman had barely been once around the block before they started kicking the shit out of one another; it was hard to be invested in either character, let alone care who won or why they were even beefing. But when Iron Man and Cap finally went at it, the punches were loaded with emotional weight; the fight wasn't so much a physical battle as it was a mental one - because 13 movies' worth of baggage hang heavy on the soul.

Superhero movies aren't supposed to be this good, are they? Like, actually, properly good? Civil War is the best of what superhero cinema can achieve: it takes all manner of supermen and flying robots and every freak in between and puts them in a world we can understand, with real world stakes and relatable quandaries. So on the one hand, it can have the MCU's best and brightest slugging it out in an airfield, but it can also have a patriot who isn't sure the country he fights for even exists any more, and it can have a hero willing to betray his own kind to a government which fears them. It can also have Giant-Man and Spider-Man and Star Wars jokes. There is an embarrassment of riches.

Avengers: Infinity War and whatever its sequel ends up being called will have perhaps an insurmountable number of characters to juggle, not to mention the pressure of closing the book on the first cinematic age of Marvel. Civil War, then, will probably represent the peak of the superhero genre for the foreseeable future; a movie way more mature than it has any right to be but still one that's exactly as fun as it deserved to be.

The single greatest artistic achievement of 2016 is the opening credits sequence for X-Men: Apocalypse. Bryan Singer and his team of VFX bods have somehow managed to distill THE ENTIRE HISTORY OF THE HUMAN RACE into a visual assault lasting just 55 seconds. Allow me to explain. In true X-Men style, the camera is sent hurtling through a vortex of, I don't know, machinery? Some sort of expensive robot enema that is definitely very important and swishy and cool, ok?

And just when you thought you were getting comfortable - POW! - The Eye Of Horus comes hurtling at you. Yes, The Eye Of Horus. Because titular X-Villain 'Apocalypse' was born in a pyramid or something. Cool, huh? Well, there's no time to dwell on that because look, some arrows are swooshing past! Watch out, folks! And one of those arrows has pierced a statue of Jesus Christ himself! Why? We'll never know! Next up, it's the Mona Lisa (because art), a train (because NNNNYYYYYOOOOOWWWWWW) and a couple of old planes in a dogfight! What could be more thrilling? Well how about AN EXPLODING SWASTIKA! Suck it, Adolf!

Singer rounds off this whistle-stop tour of everything with the Hammer & Sickle (communism, am I right?) and, to keep things jolly, a fly-by of the World Trade Centre. Ok! It's possible that all of this sounds like a 'nam veteran's bad acid flashback, so you'll just have to watch it yourself to discover its true beauty. You won't regret it.

This amazingly complex facial acting from Kiefer Sutherland in Zoolander No.2

The tagline for the Ben-Hur remake should've been "Ben-Hur, Done That"

This spot-on tagline for The Legend Of Tarzan

Take the rest of the day off, Tarzan marketing guy.

The shocked gorilla on The Legend Of Tarzan poster 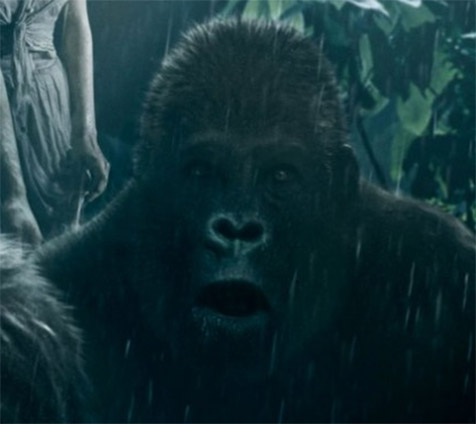 Someone go get that goddamn marketing guy back in the office STAT.

Everything Riz Ahmed said, wrote and did 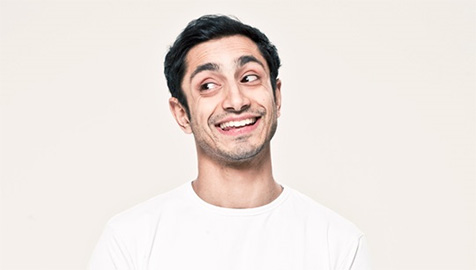 Pretty much everything Riz Ahmed has touched this year has turned to gold. He's one of the best things about Rogue One. He was magnetic at the centre of HBO's prison drama The Night Of. He was, er, in Jason Bourne. And his essay, published on The Guardian but taken from book The Good Immigrant, about always being selected for pat-downs at airports despite being on the cover of the in-flight magazine, was magnificent. Also he is in a band called Swet Shop Boys but I have a feeling they aren't an ironic cover band of the Pet Shop Boys so no thank you. But apart from that: great year. Remember when everyone kept casting him as a terrorist? That seems like a long time ago now.

The dick joke in Popstar 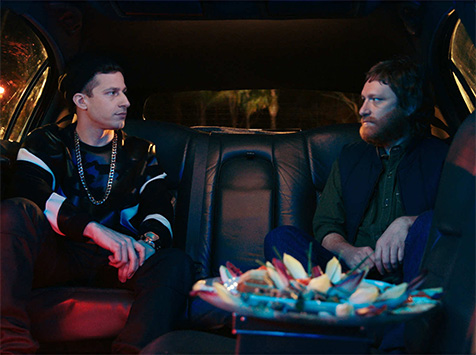 An update of mock-rock-doc This Is Spinal Tap for our emoji-addled times, Popstar: Never Stop Never Stopping could have been a real shit sandwich. Happily, it turned out to be a delicious baguette, containing no excrement whatsoever. There are many funny bits, from the revelation of the cause of Seal's facial scars (wolves) to Will Arnett's small but full-bodied cameo as a cackling gossip reporter, sipping on increasingly massive beverages. But the most unexpected gag comes during what appears to be the movie's big emotional moment, as divided boy band The Style Boyz reunite in a limo in an attempt to put aside their differences.

Fans spot them and rush the vehicle, one screaming groupie pulling up her top and pressing her breasts against the car window. Conner (Andy Samberg) decides to roll the window down and sign them. But when he turns around they've been replaced by a sad, drooping penis, thanks to an unseen male fan. It's hard to say what's funnier: the extraordinary length of the shot, which refuses to cut away from the manatee-like appendage; the fact that Conner decides to sign it anyway; or the revelation after the film's release that it belonged to producer Judd Apatow.

"A minute for every inch." 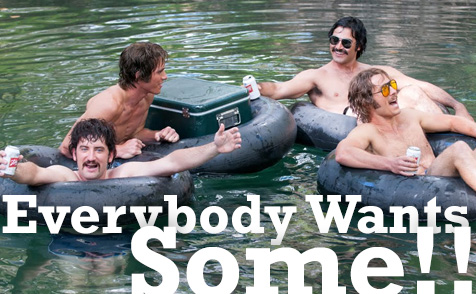 There is an unwritten rule in movies that things should, like, happen in them. It's arguably the point. But that don't mean dick to Dick Linklater. Just as he did in Boyhood he repeats in 2016's Everybody Wants Some!!, in which some young men meet for the first time, arse around a bit for an hour and a half, then just sort of stop being there.

It works on one level as a meditation on memory, and on another as a coming-of-age piece set just at the point before everyone actually comes of age. There is no real conflict or resolution, more an acceptance that there are points in our lives when you aren't up against the wall; you're just figuring stuff out internally while life goes on around you, and that there is a way to show this on film without a French guy in a turtleneck smoking pensively on a beach in black and white. You can even have a scene where a bunch of guys perform Rapper's Delight in their car.

More:  Top10  2016
Follow us on Twitter @The_Shiznit for more fun features, film reviews and occasional commentary on what the best type of crisps are.
We are using Patreon to cover our hosting fees. So please consider chucking a few digital pennies our way by clicking on this link. Thanks!
« Previous Page
Next Page »