Troubles with the law

53. Nicolas Cage recently got into argument with a member of the public on the streets of Romania, yelling bizarre statements like, "I would die for honor!" And you know he would.

54. Kathleen Turner alleged in her autobiography that Nicolas Cage was constantly drunk on the set of Peggy Sue Got Married and even stole a dog: "He'd come across a Chihuahua he liked and stuck it in his jacket."

55. Cage replied with the best comeback ever: "I have never been arrested for anything in my life, nor have I stolen a dog."

56. Even his stalkers are mental. In 2007, Nicolas Cage woke up, went downstairs and was confronted by a crazed fan, who was stark-bollock naked except for one of Cage's own leather jackets. It wasn't me, honest.

57. Nicolas Cage claims he was once stalked by a silent mime while shooting Bringing Out The Dead. "I have no idea how it got past security," he said. 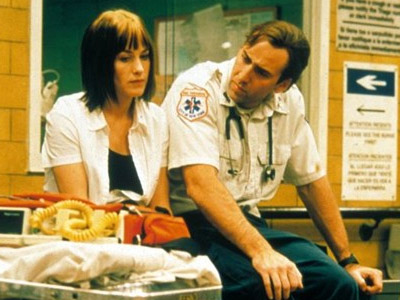 
58. In 2005, Nicolas Cage's publicist revealed that someone nicked his email address (NCSaturn7@aol.com) and used it for soliciting sex. I don't know what's funnier: that he had an AOL email address, or that his publicist had to warn people that it wasn't Cage sending the emails.

60. Nicolas Cage started his career in Fast Times At Ridgemont High, as a friend of Judge Reinhold's named 'Brad's Bud'. He was cut. Thirteen years later, he won the Oscar for Best Actor. Fuck you, Judge Reinhold.

61. Nicolas Cage auditioned for the lead in Tim Burton's Superman Lives, even though he has vertigo. And was in his forties. And was Nicolas Cage.

62. He almost played The Green Goblin in Spider-Man.

63. And Randy The Ram in The Wrestler.

64. And Magnum P.I. (albeit in the aborted movie remake).
When Nicolas Cage is good, he's great... 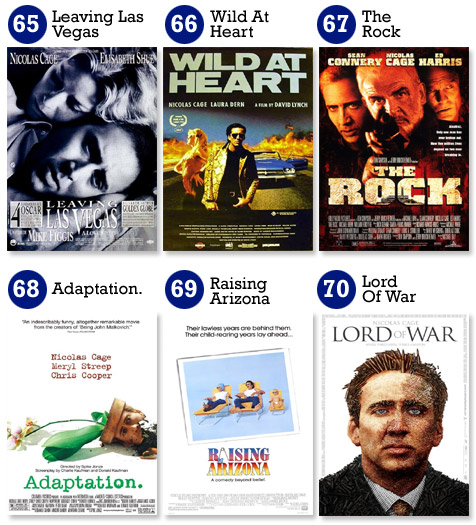 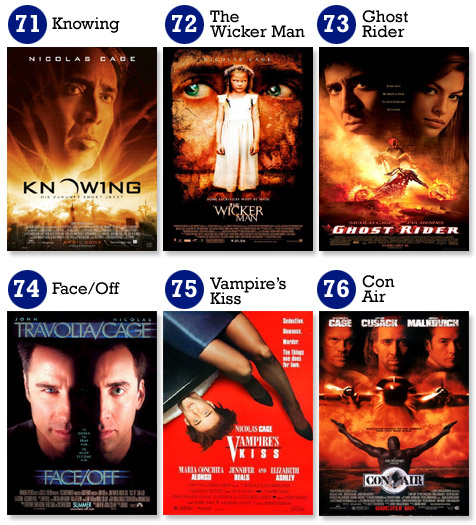 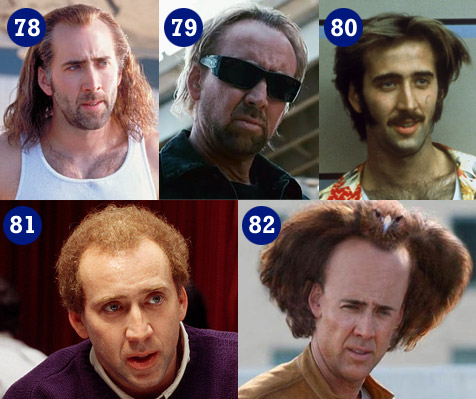 Quotes on life, love and everything

"
"
84. "I am not a demon. I am a lizard, a shark, a heat-seeking panther. I want to be Bob Denver on acid playing the accordion."
"
"
85. "As far as superhero films go, cinematically [Ghost Rider] is going to be the most interesting character ever in a movie."
"
"
86. "Without tooting my own horn - I think Face/Off is a masterpiece."
"
"
87. "My prom was a complete disaster. I rented a tuxedo and a limousine so I could go to the prom with this beautiful girl. And at the end of the night I went to kiss her and she responded. I was so nervous I said, "Excuse me" and just threw up on the street all over my shoes. The limo driver wouldn't let me in the car. He split and I had to walk home. That was my prom night."
88. Pachinko! - Japanese adverts

89. Nic Cage is everyone 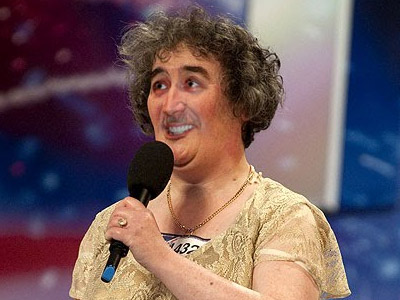 95. Nicolas Cage cares. He's the UN's Goodwill Ambassador for Global Justice and has spoken out against child soldiers, sex slavery and, er, cannibalism.

97. Nicolas Cage is trained in Brazilian Ju-jitsu. So watch it.

98. Nicolas Cage has his own Adventure Playset. 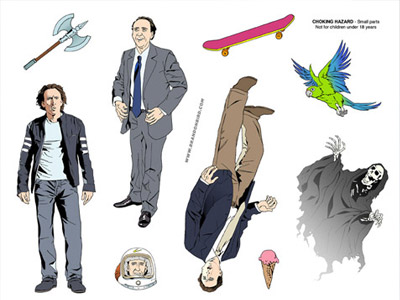 Obviously I own this.


99. Nicolas Cage is a genuine eccentric, an oddball and an all-round fascinating creature. There's no one else like him in Hollywood: try and think of 101 reasons to love Colin Firth and see how far you get.

101. While shooting The Wicker Man, Nicolas Cage got over his fear of bees and began bee-keeping as a hobby. Over time, he formed a symbiotic relationship with his own personal hive. Now, Cage never travels without his bee army, who live up his sleeves and will happily die for their master.


Can you guess which one was the fake?

Much love to FilmDrunk for also praying at the Church of Cage
More:  Nicolas Cage  Drive Angry
Follow us on Twitter @The_Shiznit for more fun features, film reviews and occasional commentary on what the best type of crisps are.
We are using Patreon to cover our hosting fees. So please consider chucking a few digital pennies our way by clicking on this link. Thanks!
« Previous Page