Because we need SOMETHING on which to hang another shameless plug of our screening.


So our extra special True Lies event is now less than a week away. Well, it's on Wednesday, to be precise – QUICK, BUY ALL OF THE TICKETS WHILE YOU CAN! Ahem. If you’re still in two minds about coming, don’t forget that we have planned lots of fun and joy and merry, merry good times for before the screening starts. And, while we scrabble around at the last minute to make sure that actually happens, why not read these fascinating facts about a film that brings together (again) the best movie partnership of all time*: the man with the longest name in acting and the man with the shortest temper in directing.
True Lies is a remake of this French movie: 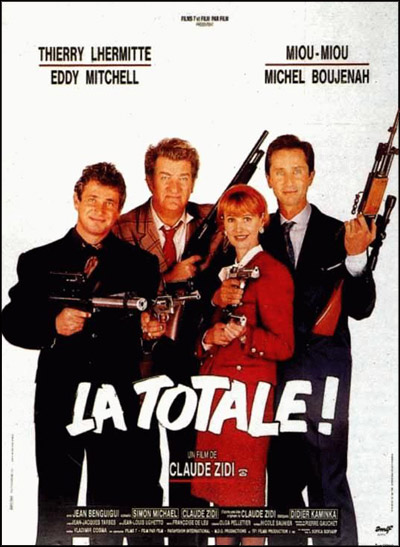 LÚLZ.
Arnie suffered his first major box office bomb with Last Action Hero just one year before True Lies was released and, as a result, he asked James Cameron to take out all the comedy from this film and make it a straight-up actioner. Presumably James Cameron refused by telling him that 'not being funny' wasn’t the only reason why Last Action Hero was a bit rubbs.
Charlton Heston's eye-patched Omega Sector chief Spencer Trilby is based on Nick Fury. Hence the eye-patch. And the aggressive demeanour. They pretty much nailed him. 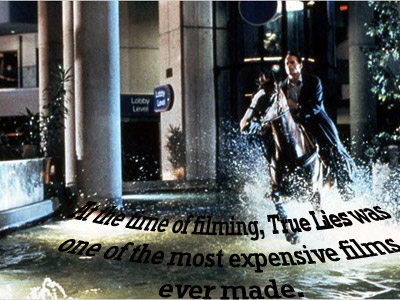 Jamie Lee Curtis performed the 'hanging off a helicopter' stunt for realsies while James Cameron filmed her with a handheld camera. On her birthday too, because James Cameron doesn't care about cakes and candles when there's a shot to get.
There has been a proposed sequel in the works ever since True Lies came out, but it was shelved indefinitely after 9/11 because, to quote James Cameron, "in this day and age, terrorism just isn't funny anymore". 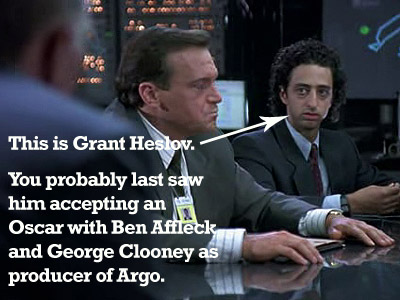 In Hungary, it is known as Between Two Fires. Which is um... something. Remember, you can buy tickets to our screening here.
Ever wondered about this? 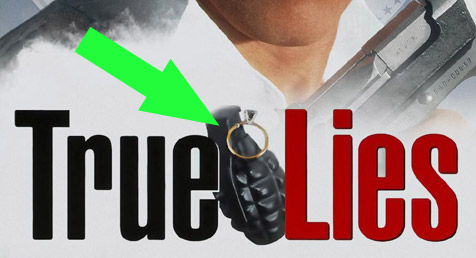 This was originally a plot point in the film. To stop a grenade from exploding, Harry (Arnie) re-pins it using wife Helen's diamond earring. This scene was cut even though you can later see Harry use the grenade to kill some terrorists, causing a confusing continuity error as well as a meaningless logo.
When Tom Arnold's character Gib tells a story of how his second wife left him, he says: "What kind of sick bitch takes the ice cube trays out of the freezer?" Apparently, this is a reference to Roseanne Barr, who did exactly that when the pair divorced. Hollywood, eh?
There was a True Lies videogame for the SNES which, while Ali claims it was "brilliant", looked like this:

*Apart from Jackie Chan and Chris Tucker.
More:  True Lies  Arnold Schwarzenegger  James Cameron
Follow us on Twitter @The_Shiznit for more fun features, film reviews and occasional commentary on what the best type of crisps are.
We are using Patreon to cover our hosting fees. So please consider chucking a few digital pennies our way by clicking on this link. Thanks!