15 people who should never, ever be considered to play Spider-Man

With a new Spider-Man movie in the offing and news that the character will be free to appear in the Marvel Cinematic Universe, it's time to start looking for a new actor to play Peter Parker and his web-slinging alter ego. Let others come up with shortlists of who should play Spider-Man, we're going to narrow the field and rule out the people who shouldn't be allowed within sniffing distance of the role. You're welcome! 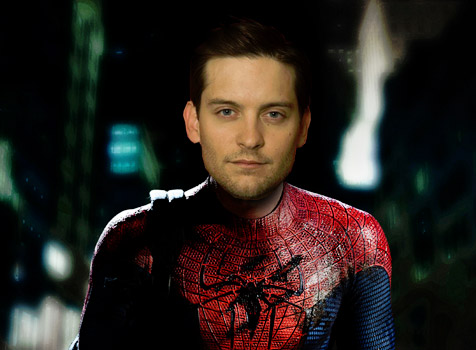 No, this wouldn't work at all. Tobey Maguire has already played Spider-Man across three movies ranging from 1999-2007, and rehiring him to play the same character would serve only to confuse audiences. Sorry, Tobes!
Idris Elba 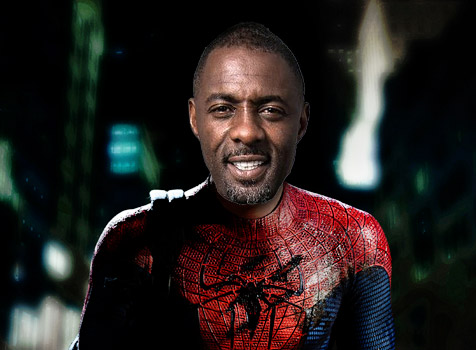 As Stringer Bell would say: "Er, I don't think so, homie!" I don't have a problem with a black Spider-Man, but Peter Parker is supposed to be in high school, and Elba is 44. It'd be a stretch too far. Just say no!
Robert Downey Jr. 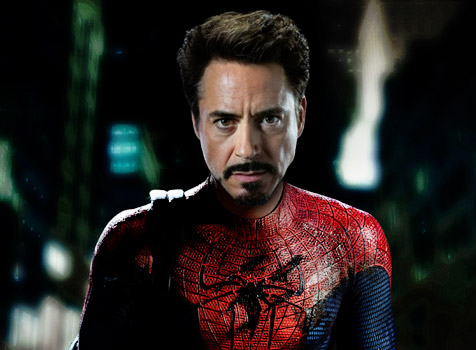 He's a great actor, but Robert Downey Jr. would be a terrible choice to play Spider-Man, seeing as he already plays Tony Stark in the Marvel Cinematic Universe and Iron Man and Spider-Man would almost certainly have to interact at some point in the future. Bad idea, let it go!
Miriam Margolyes 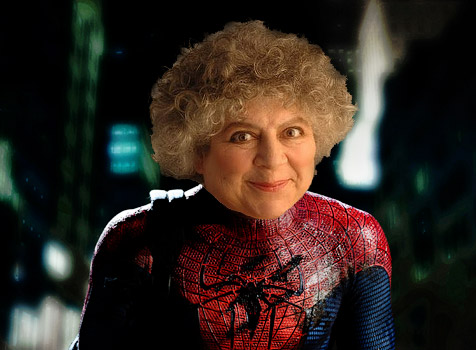 I can't see this working. Can you?
Yahoo Serious 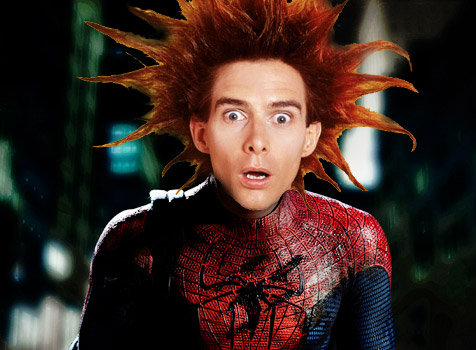 Are you serious? I am! Yahoo Serious hasn't made a mainstream movie in decades, I just can't see an actor with his limited appeal playing the wise-cracking wall-crawler. No offence, Mr Serious, if you're reading!
Hitler 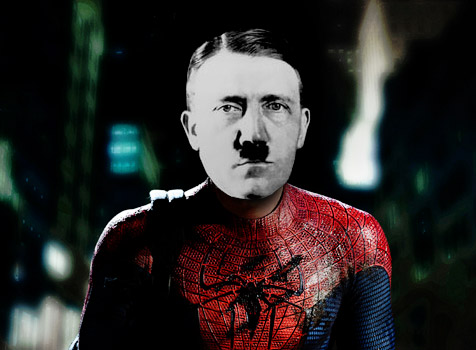 I'm quite insistent on this one. It'd be an absolute disaster. Are you listening, Sony?
Stinger, the half-man half-bee from Jupiter Ascending 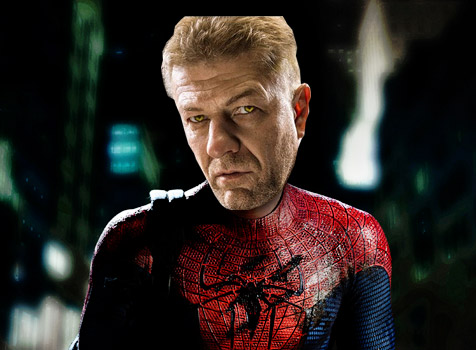 No, no, a thousand times no. Sean Bean's bee-man would serve only to distract from Spider-Man's story. Besides, bees and spiders are natural enemies. They're like chalk and cheese - it'd be sheer madness!
Robert Downey Jr.'s secret identical twin

Hmm, no, we still don't think it's a good idea.
The Cuprinol Man 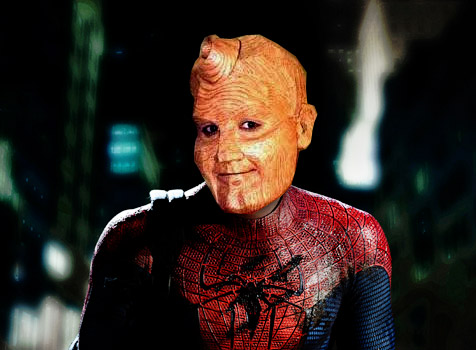 For one thing, his skin tone is way off base. Don't even get me started on his wooden skeleton! Shooting the action scenes would be a logistical nightmare! The very idea of him playing Spider-Man is laughable!
Meat Loaf 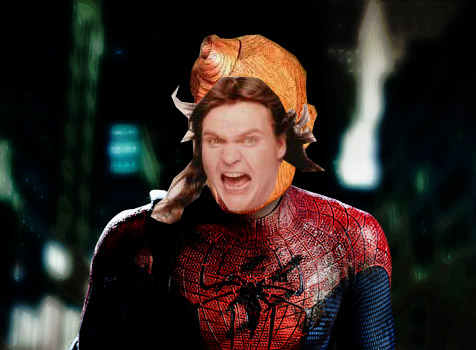 He would do anything for love, but he wouldn't do this. And rightly so!
Steven Seagal 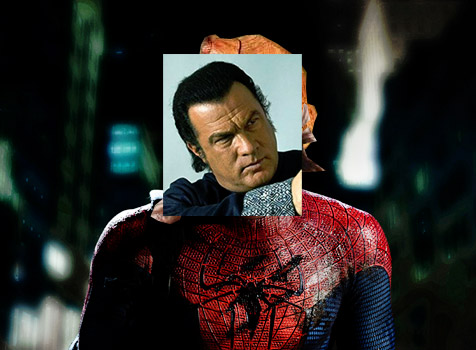 No!
Klaavu, Winged Destroyer Of The Fortuna Nebula 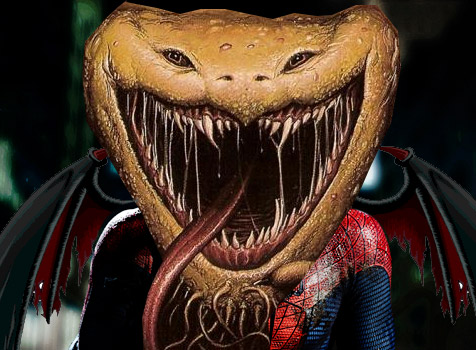 I doubt he'd have time!
The Poo Emoji 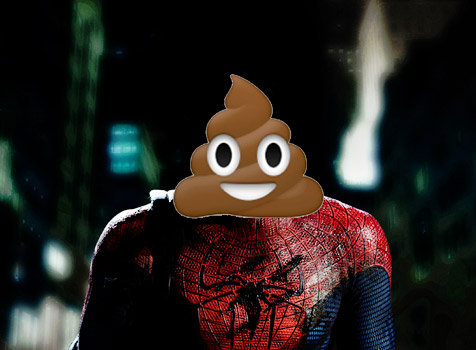 Sure, he'd bring with him his substantial fan base, but we don't think the comic-book fans would approve. There simply must be emojis more suited to playing the dual role of Peter Parker and Spider-Man!
BBC newsreader George Alagiah 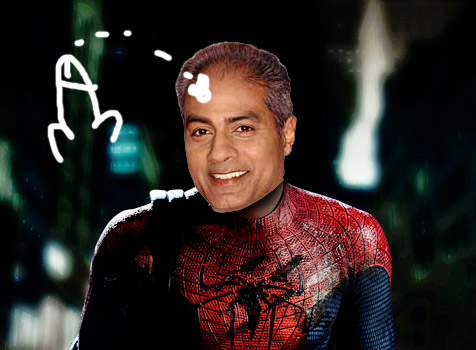 Okay fine, you caught me, I'm including this as part of my personal vendetta against newsreader George Alagiah. He knows what he did and should never in a million years be given an opportunity like this. Get bent!
My mate Smudger from down the club 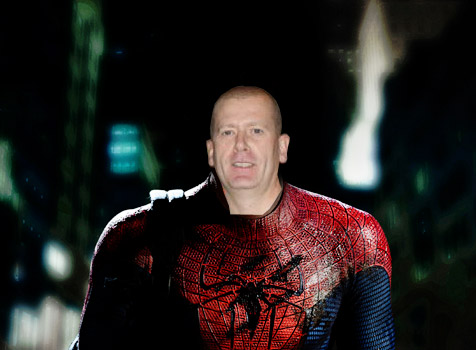 Ha ha, not a chance - he'd literally be the last person on the shortlist. Not only is he rubbish at snooker, he can't even act! Dream on, Smudger! See you on Saturday, mate! Rack 'em up!

More:  Spider-Man  Marvel  Sony
Follow us on Twitter @The_Shiznit for more fun features, film reviews and occasional commentary on what the best type of crisps are.
We are using Patreon to cover our hosting fees. So please consider chucking a few digital pennies our way by clicking on this link. Thanks!