I see about a hundred movie posters every day. Some are good, some are so-so but most are dreadful. I'm drawing a line in the sand: any poster that features any one of these frightfully clichéd design cues is getting pissed on in public. It's time to take a urine-soaked stand! 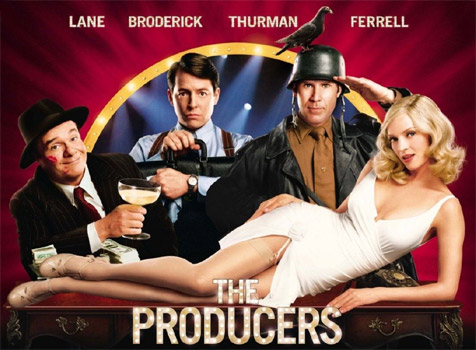 I'll just about accept 'From the director of...' on a poster as that implies a direct connection between one film and another - there's every chance that if you liked one film you'd like another from the same person. But trailing a film as 'From the producers of...' is just silly. They likely had very little to do with the quality of either film, they just agreed to let someone else make it while they wore a baseball cap and did a line of coke. Stop it.
2. Mismatched credits 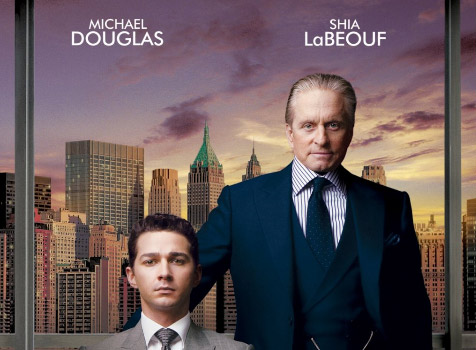 One of these men is Shia LaBeouf. Try to guess which one!
3. Orange and blue colour schemes 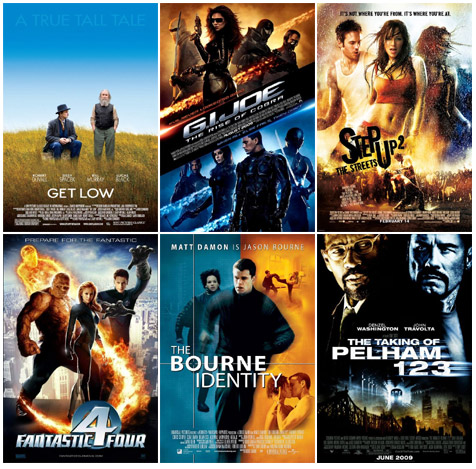 This has been done to death, and with good reason - orange and blue are two of the most complimentary colours, and what with skin tones, the sun and the sky, they're also the most commonly found. That doesn't mean every poster artist has permission to jack up the contrast and take design cues from an Orangina bottle. Red's quite a nice colour, you know.
4. Rubbish fonts

Really, James Cameron? The most expensive movie ever made, and all your poster department could manage was Papyrus? Why not slap some Comic Sans on there and be done with it. Wingdings would be an improvement.
5. Freakishly large hands

I get that it's difficult to convey depth in a 2D medium like print, but that doesn't excuse the frequent thrusting of monster appendages into our faces. What next, movie posters you need 3D glasses to see? Oh God, that's definitely going to happen, isn't it?
6. Sparks, so many sparks

I believe this phenomenon is already well documented.
7. Floating heads

It's the laziest of design motifs - just chuck the star's giant head at the top of the poster and hope no one notices it's just floating there like an out-of-control blimp. That poor guy on The Last Song poster didn't even get a neck, he's drifting towards oblivion (but away from Miley Cyrus at least).
8. Pointless mosaics 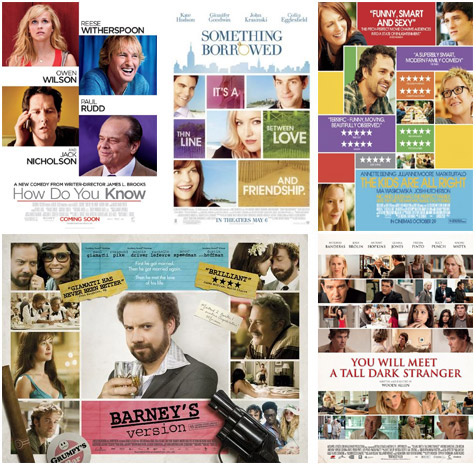 Does your movie lack anything approaching interesting key art? Stuck for an idea for a poster? Idea: just get as many stills as you can, paste them all onto your one sheet, turn up the pastel colours and pass it off as a quaint, indie collage. Now watch the Independent Spirit Awards roll in!
9. Arses 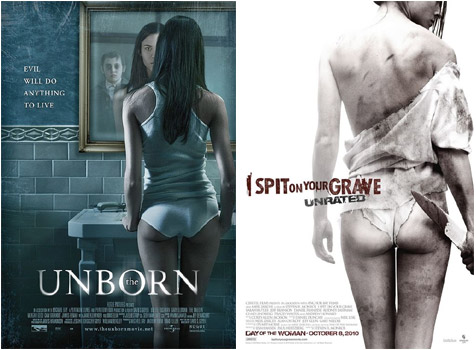 I love an arse as much as the next man, but this is just sad. It's almost an admission by the studio that says, 'Look guys, this movie hasn't really got much... but it does have an arse! You like arses, this we know!'
10. Awful DreamWorks puns 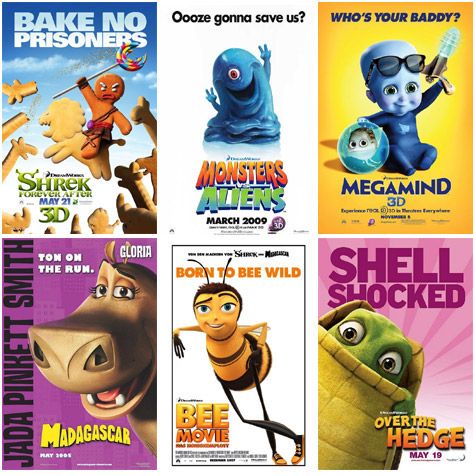 Fact: you have to come up a poster pun on the spot when you interview for a job at DreamWorks. Before you even sit down.

"We're making a movie about a dog who's blasted into space. PUN ME!"
"Err... 'Bark side of the Moon'?"
"Welcome aboard!"
11. Character sets featuring crap characters 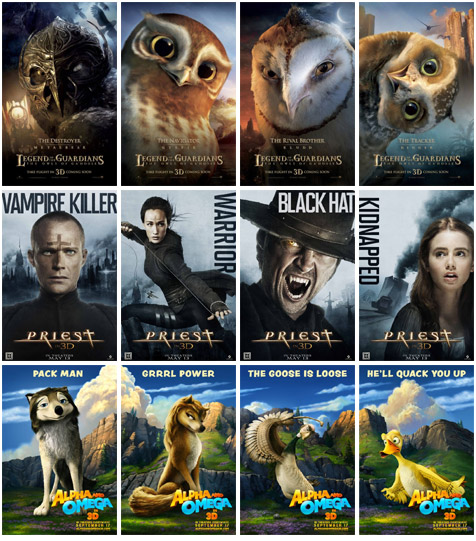 "Well thank god they saw fit to release a separate poster for every character from Alpha And Omega. My week just won't be complete until I rip every last one down from all the bus stops in my town!"
12. Boring teaser posters 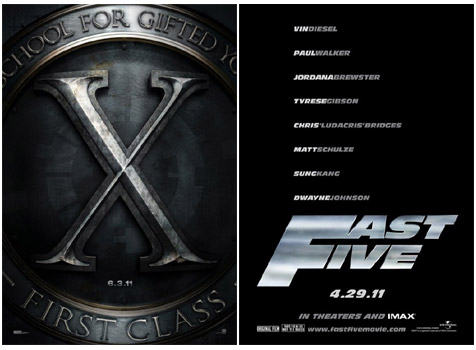 Why not just put the press release on the poster instead?
13. Views askew

What the hell are you all looking at? Focus, dammit! This Little Fockers poster is a prime example of awkward comping, where it's obvious that not everyone in the picture was in the room. That's excusable, but the least the designer could have done was made the characters look like they were from the same universe. Unless there's a breakdancing unicorn festival kicking off behind the cameraman, that's just a basic Photoshop fail.
14. Head transplants 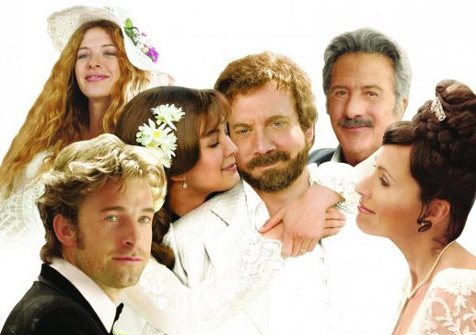 Dustin Hoffman photobomb alert! Barney's Version's original poster was awful in several ways, but this one sheet suffers from that most heinous of crimes: a head transplant. I'll wager dollars for donuts that's not Paul Giamatti's body, and those aren't Rosamund Pike's hands either. The entire movie is a lie! Also note an ethereal Rachelle LeFevre hovering like a ghost in the background and Minnie Driver travelling forward through time on her wedding day to stare at Scott Speedman's forehead.
15. Jumping on the bandwagon 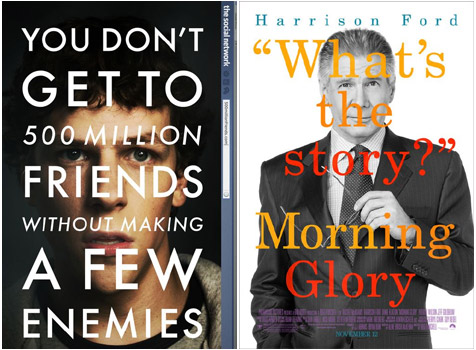 You can guarantee, as soon as one poster gains infamy for trying something a little different, a few months you'll see a whole host of imitators doing a less successful job. Take The Social Network poster - yes, it's daring to have text all over your lead's face, but it works in context and, let's face it, Jesse Eisenberg isn't going to fill seats on his own.

Then came Morning Glory, which had the audacity to slap Harrison Ford across the face with giant letters. Why? Is it even in keeping with the theme of the movie? Even The King's Speech recently jumped on the bandwagon and that's about to win 48 Oscars.
16. I don't know what the hell this is 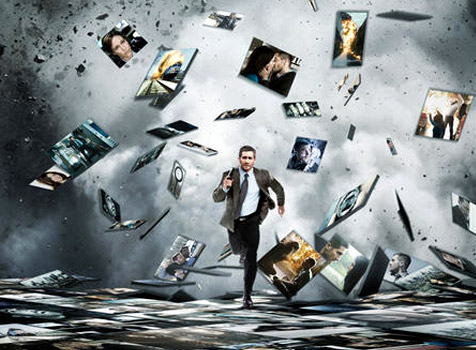 But whatever it is, it can't be allowed to happen again. (*unzips*)

More:  Posters
Follow us on Twitter @The_Shiznit for more fun features, film reviews and occasional commentary on what the best type of crisps are.
We are using Patreon to cover our hosting fees. So please consider chucking a few digital pennies our way by clicking on this link. Thanks!