16 things we noticed in the Paramount 100th anniversary photo

Hollywood's great and good (and just okay) gathered together in California to shoot a photograph celebrating 100 years of Paramount Pictures. Here's what I spotted in the crowd (sadly, George Clooney didn't have his little finger sticking out of his fly this time).


Vanity Fair have the full, annotated photograph (full disclosure: I couldn't pick Davis Guggenheim out of a line-up, there I said it), but what Vanity Fair can't give you - mildly amusing internet commentary - I'm providing in bulk. Here's what caught my eye from the above picture.

There are three possible explanations for Michael York's bizarre appearance here. 1) Michael York hot-footed it to the Paramount Pictures lot in California after a painful trip to the dentist. 2) Michael York has had terrible plastic surgery. 3) Michael York is slowly morphing into a cat. 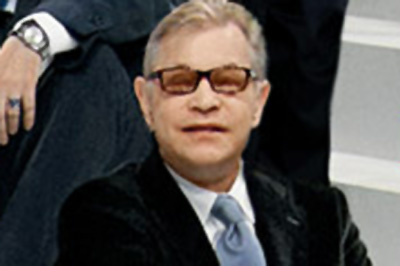 Seriously, black guys. Try harder over the next 100 years. That means you, Tyrese Gibson.

Some are more excited to be there than others

To his credit, Simon Pegg actually apologised for looking like a bit of a grump on Twitter, saying he was actually completely overawed by the occasion. Somehow, we can't imagine Robert De Niro having a similar excuse. Clearly he's got shitty movies he needs to be in.

Ed Harris is seriously stoked about his new hat

Every time I see a picture of grouchy old Ed Harris, he looks like he's ready to choke a bitch. Except for here. What's the difference? He's Ed Harris... but he's got a new hat! Nothing's going to dampen his mood. Not even Nick Nolte refusing to take his hat off. 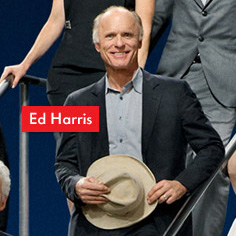 Lots of people are alive who you thought were dead

Tommy Chong doesn't give a fuck 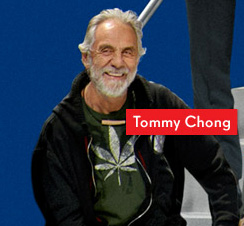 Despite it now only being favoured by drug-dealing stoners and grey-haired ex-roadies from California, Billy Bob Thornton is still rocking the 'soul patch': that miniscule haired area of facial real estate below the bottom lip. You look ridiculous, dude. For those keeping score, that's the guy writing a film blog giving the guy who nobbed Angelina Jolie fashion advice. 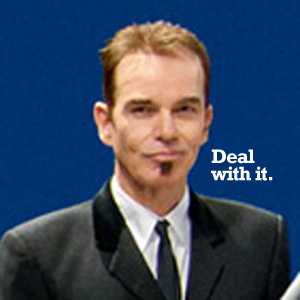 Nobody was willing to make room for Dakota Fanning

"Seriously guys, scooch over? George, if you could just step to your... Ed, maybe move a little... Ugh, god. I hate Hollywood." 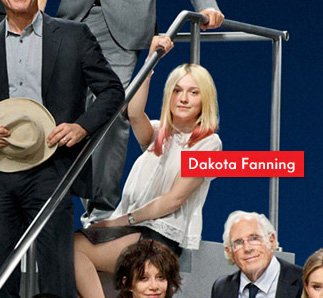 Harrison Ford is apparently old enough for a chair

Despite what his earring tells you, Harrison Ford is getting old. You can tell, because he's among the elite few gippers to be given a chair to sit in. Ford is in the seated company of Kirk Douglas (95), Ernest Borgnine (95), Mickey Rooney (91), Sumner Redstone (89), Robert Evans (81) and Phillippe Dauman (the CEO). Take a load off, Harrison. (If he stays sat down, maybe he won't be able to get back up for Indiana Jones 5). 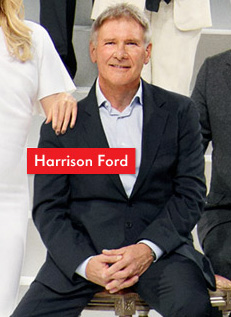 Some 'Sirs' are more knightly than others

Allegedly, Ben Kingsley is notorious for insisting he be addressed by his full title, 'Sir' and all. It is common knowledge, however, that Sir Patrick Stewart is a fully-fledged badass who doesn't give two space shits what you call him. One of these men deserves the prefix here. He didn't get it. 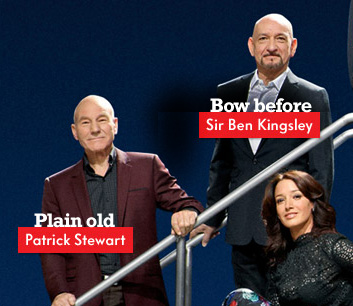 John Travolta is doing a Clarkson

You've gone for the casual combo of jeans and a jacket, eh John? To be fair, he probably has other stuff on his mind at the moment. 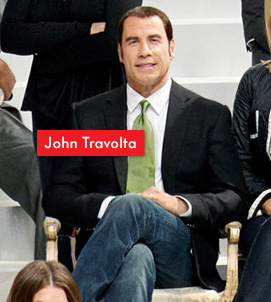 By virtue of being the only man present wearing a waistcoat. At least someone was taking this goddamn thing seriously. 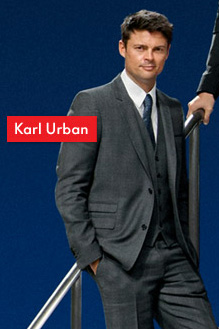 Either nobody likes the Oscar-nominated star of The Fighter and Boogie Nights, or Marky Mark just guffed. Seriously, if you ever want to clear an area, deploy a Wahlberg. 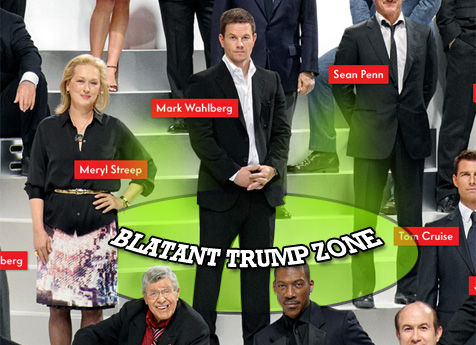 Paramount bussed in some emergency skirt

I'm not saying Glenn Close, Barbra Streisand and Eva Marie Saint aren't banging hotties, but it does seem like the presence of Rosie Huntington-Whitely (one film credit to her name), Megan Fox (Jonah Hex and two Transformers movies), Julianne Hough (star of Rock Of Ages and Footloose) and Katie Featherston (Paranormal Activity I-III) ups the sex-o-meter somewhat. As it happens, Meryl Streep is more than enough woman for me. As long as she puts the Maggie Thatcher make-up back on. 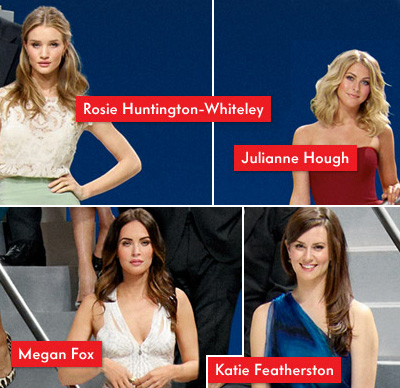 Morgan Freeman is totally Zoolandering you

At this point, he doesn't even need to speak any more: Morgan Freeman is putting his voice inside your head with the power of his sexy mind. 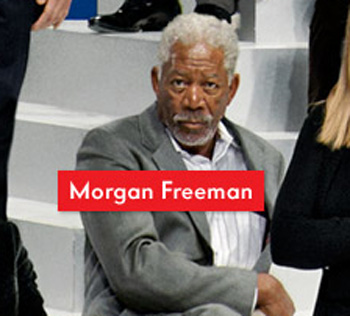 Still, that Justin Bieber, eh? He's a laugh, isn't he?

More:  Movie Stars  Photographs  Paramount  George Clooney  Brad Pitt
Follow us on Twitter @The_Shiznit for more fun features, film reviews and occasional commentary on what the best type of crisps are.
We are using Patreon to cover our hosting fees. So please consider chucking a few digital pennies our way by clicking on this link. Thanks!