No, stop, come back

If you like Bond movies then your face was probably all 'nooooooo' today when you heard the news that Danny Boyle and Bond 25 have parted company. The official reason is that old chestnut "creative differences" but everyone knows that's just a cover for a good old-fashioned diva drama or sex scandal or noncing. Let’s get to the bottom of this immediately and sift through the rumours that some fans on Twitter are already calling "definitely what happened". No need to thank me.


Apparently Danny Boyle's hiring was a great big mixup and Eon Productions had actually meant to hire popular TV entertainer Johnny Ball all along, no matter how unlikely that may sound, and how similar the facts may seem to the set-up and punchline of an extremely weak pun

Barbara Broccoli became enraged that the director would insist on answering his phone "Boyle, Danny Boyle?"

Boyle grew frustrated that popular filmmaker Christopher Nolan kept on hanging around the set uninvited, and would frequently direct the two-finger eye-point universal gesture for 'I'm watching you' towards him in an apparent act of intimidation

Daniel Craig kept calling him "Fanny Boyle" and Danny Boyle was all, like, 'Hey I'll tell you what lads, I've had enough of this, I'm actually out of here' and then he left

Boyle insisted that the movie would be a continuation of 007’s visit with the Queen at the 2012 Olympics, that Queen Elizabeth II was "the ultimate Bond girl" and that England’s reigning monarch was "the only bird I want to see Dan banging"

Driven mad by the nation's Brexit indecision, the director couldn’t explain away how Bond was able to travel so freely around Europe in the movie's uncertain future, telling producers in his exit interview that he couldn't be talked out of quitting, repeating the mantra "Boyle exit means Boyle exit" 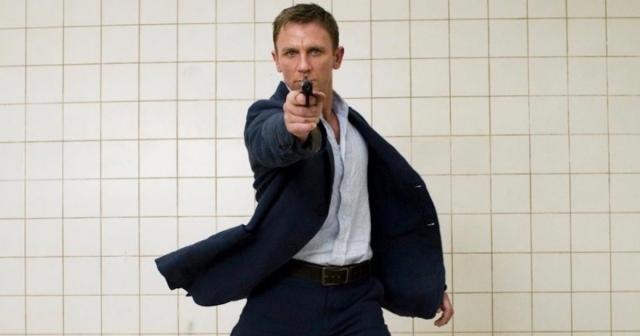 And that's supposed to be impressive, is it? Brilliant.


Boyle quit to concentrate on a sequel to Trainspotting, realising only too late that he'd actually already made Trainspotting 2 and released it in January 2017 and nobody even noticed or remembered it was a thing that had happened

Boyle came a cropper when answering the third of Barbara Broccoli's 'questions three' - a set of tedious Bond-related trivia questions, which the director had to answer correctly before he could begin shooting

Without Barry Chuckle to play his Scaramanga, what was even the point of continuing?

Danny Boyle was enjoying playing the movie Brokeback Mountain very loudly in his trailer, but Michael G Wilson walked past just as the line "I wish I knew how to quit you" was heard from his quarters; Wilson, perhaps acting rashly, thought Boyle was voicing his own concerns about Bond 25 and immediately began the process of removing the director from the project, despite his protestations and the highly silly and improbable nature of the dismissal

When it was suggested that a female director could be brought in to shadow him on the project, Danny Boyle turned around and said patronisingly "A woman?" before raising one eyebrow, quizzically

Eon refused to sign off on Boyle's preferred new catchphrase for Bond: "Ooh, get back in your box!"

Boyle had a panic attack after rewatching Spectre, nervously telling friends "How can I improve on perfection?" and generally expressing concern that he could never hope to deliver an adequate follow-up to the greatest motion picture ever made

More:  James Bond  Danny Boyle  Top20
Follow us on Twitter @The_Shiznit for more fun features, film reviews and occasional commentary on what the best type of crisps are.
We are using Patreon to cover our hosting fees. So please consider chucking a few digital pennies our way by clicking on this link. Thanks!