5 things I learned from the X-Men: First Class press conference

Last week I was afforded the opportunity to attend the X-Men: First Class press conference, allowing me to go eyeball-to-eyeball with all the stars: James McAvoy, Michael Fassbender, Kevin Bacon, Lenny Kravitz's daughter and the guy who makes tornados come out of his hands that can't really speak much English.

As it turns out, the junket, which was hosted admirably by Empire Magazine's Chris Hewitt, was actually really relaxed and fun – but also very enlightening. Here are the top five information gems that I gleaned from the experience. 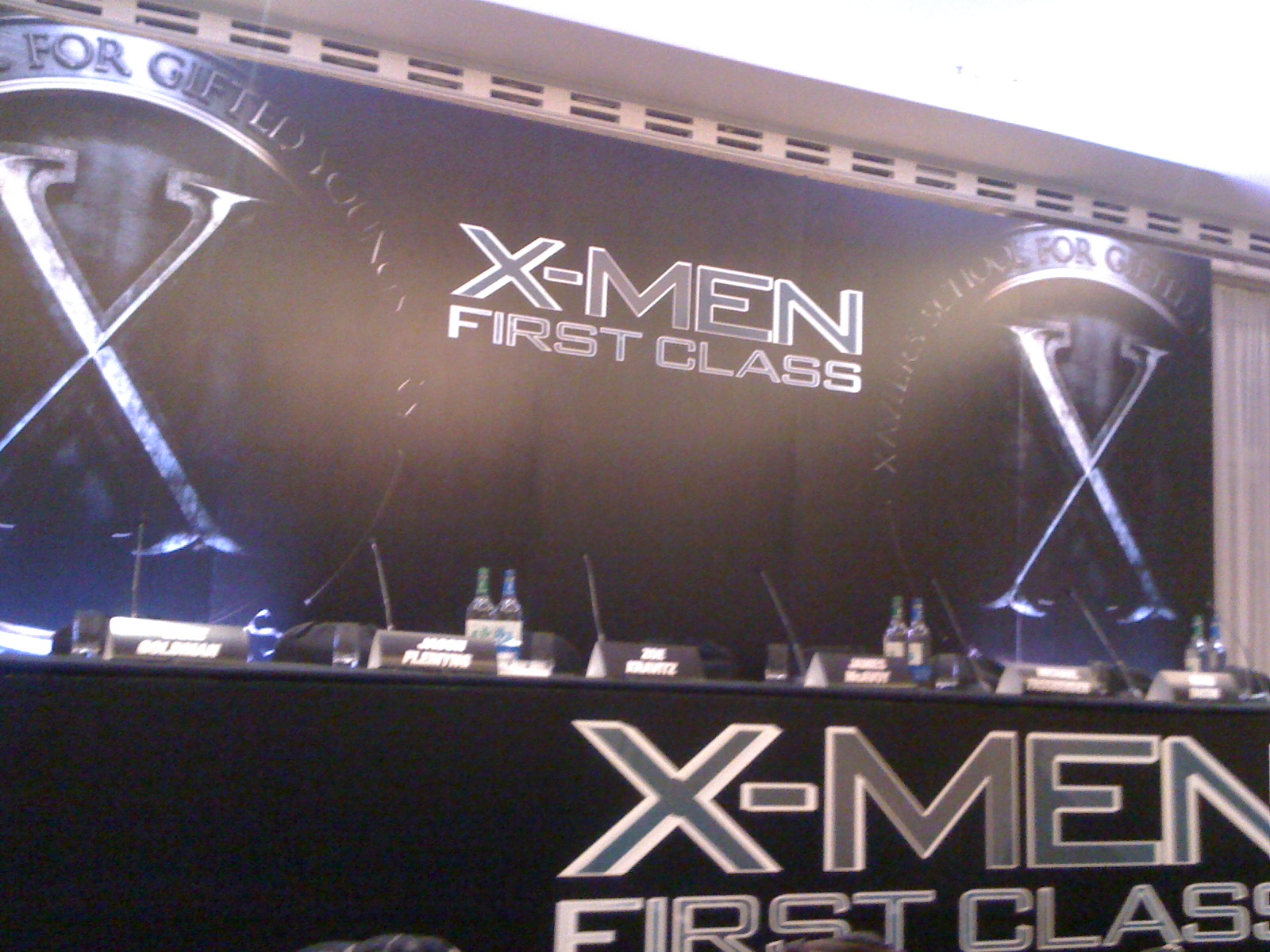 The stars of X-Men: First Class all displaying their powers of invisibility. Arf!

James McAvoy is really funny… in a surreal kind of way. When someone asked him why he decided to 'physicalise' Xavier’s telepathic power in the way that he did, McAvoy replied:

"
"
"I saw what everybody else was doing and they all got to do cool ninja stuff so I thought 'I've got to physicalise my power in some way' and I came up with the masterstroke of touching my temple. I went through three months of intensive training…with a couple of 'temple' ninjas…who are based out of Dagenham. And that was a great experience."

James McAvoy also gave us an insight into his childhood. Not only did he reveal that he was first introduced to the X-Men via the Saturday cartoon series on Live & Kicking, but he also defended the film’s history-re-writing of the Cuban Missile Crisis by explaining that it will make kids want to look up the incident themselves, just as he did with… er… Young Einstein:

"
"
I did find out about Einstein after that. I was shocked and dismayed to find out that he wasn’t a farmhand who invented the electric violin in Tasmania, but I did actually find out afterwards about the theory of relativity. And that was kind of groovy considering I was 6 at the time. 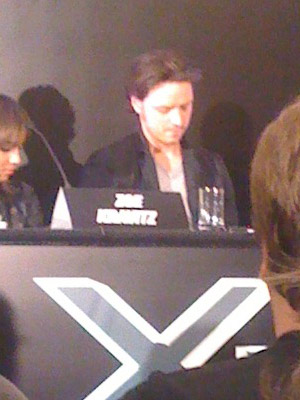 He's still struggling to understand it though.

People ask some dumb fucking questions at these things. One woman lowered the common IQ of the entire room when she asked Kevin Bacon: "Kevin, you're already a superhero to your fans [nice lead-in, lady], but what was it like to play a mutant?" An amused Bacon replied:

"
"
"Er yeah… It was great. Great to be a mutant. It was the first time that I've played a mutant and it was… er… a great opportunity."
NEXT QUESTION, PLEASE.

Michael Fassbender is now blonde! No idea why and it has nothing to do with the X-Men, but it was still a shock. 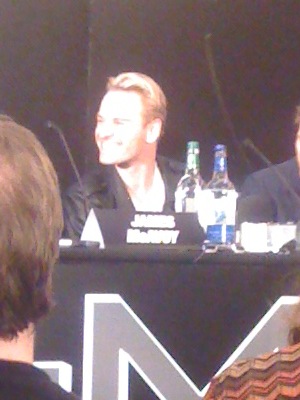 "Only I know the answer."

My iPhone is shit at taking photos.

More:  X-Men First Class  James McAvoy  Michael Fassbender  Kevin Bacon
Follow us on Twitter @The_Shiznit for more fun features, film reviews and occasional commentary on what the best type of crisps are.
We are using Patreon to cover our hosting fees. So please consider chucking a few digital pennies our way by clicking on this link. Thanks!