2011 has been a bumper year for comic book adaptations, with X-Men, Thor and Captain America proving there's still life in the transition from ink to celluloid. The annual comic book convention in San Diego gives the public a chance to hear first-hand what the future holds for their favourite superheroes, and bloggers have been feverishly posting a stream of exciting movie news and star hijinks. But we like to do things a little differently here at TheShiznit.co.uk, so here's our rundown of people and things made conspicuous by their absence... 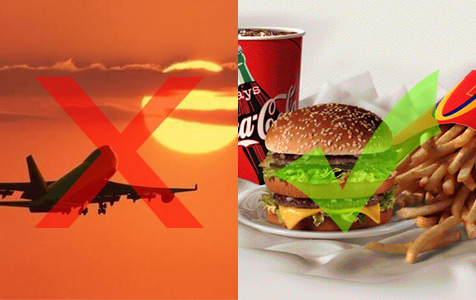 You should have seen our little faces on the way to the airport - pure, unbridled joy. Those smiles soon faded at the ticket desk, however, when we turned out our pockets and all we had enough for was a Big Mac meal. Still, at least we ate that day.
Restraint 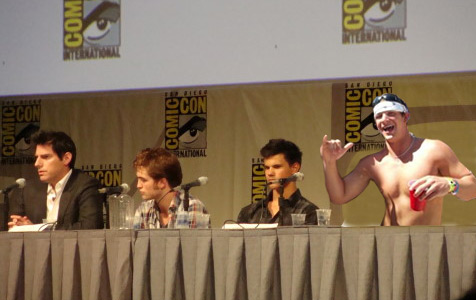 With comics now firmly in the mainstream, it's only natural that hybrid groups have formed where social divides once existed. This explains why the Twilight panel was greeted with fist pumps and cries of "WOOOOH! TWILIGHT! YEAAHHHHH SPRING BREAK! WOOOOO!" Probably.
Common Sense 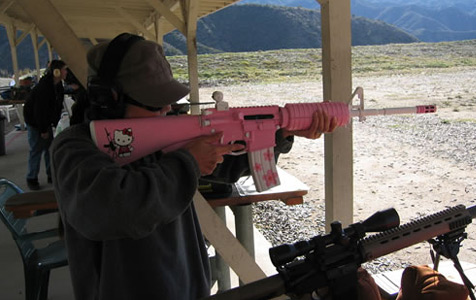 If the geek is known for one trait above all, it's attention to detail. We've all seen cosplayers who spent months carving chest armour, or fretting over the colour of their tights. But did you hear about the guy who bought a real-life AR-15 rifle as part of his costume? Good timing, pal!
Queues for the ladies restroom 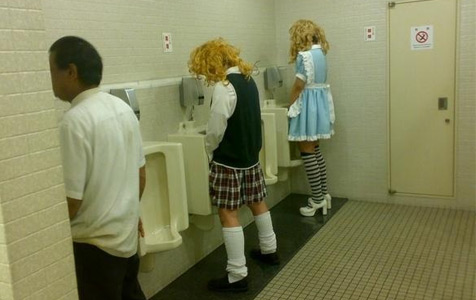 Between the latex-clad booth babes, and the muscle-bound badasses, the world of comics is still very much a sausage-fest. So if you're a lady and the cubicles are all occupied in New Look, just pop along to your nearest nerdhole for a guaranteed wait-free toileting experience.
Terrence Malick 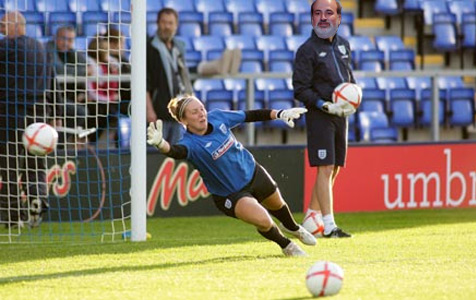 It's common knowledge Terrence Malick is actually a massive comic/sci-fi fanboy (his favourite Star Wars movie is The Clone Wars). But he couldn't attend Comic-Con this year due to one of the junior girls soccer teams he coaches making the finals of a big tournament. Good luck, Tel!

More:  Top10  Comic-Con
Follow us on Twitter @The_Shiznit for more fun features, film reviews and occasional commentary on what the best type of crisps are.
We are using Patreon to cover our hosting fees. So please consider chucking a few digital pennies our way by clicking on this link. Thanks!