You'd think by now, with three Expendables movies under his Expendabelt, we'd know all there is to know about Sylvester Stallone, Barney Ross and his motley crew of mercenaries. You'd be wrong: DEAD WRONG. Because they are mysteries wrapped in enigmas wrapped in delicious sausagemeat. Here are 50 things you could never conceivably have known about The Expendables, you close-minded little shrimps.

As part of his daily routine, Mel Gibson hates himself for 20 minutes every morning.

If you cue up Pink Floyd's 'Dark Side Of The Moon' and push play at the same time as you start watching the first Expendables movie, you will have a terrible, terrible evening.

On the set of The Expendables 3, Dolph Lundgren punched Sylvester Stallone so hard, he actually went back in time to 1989. Says Stallone: "I had to suffer through every one of those 25 years again, all the heartbreak and misery and dark times, but the punch looked great so we kept it in the movie."

Terry Crews can fly, he just chooses not to.

Expendables 3 star Wesley Snipes actually went to jail for multiple murder, but he has a great agent.

Due to advertising restrictions, Sylvester Stallone isn't actually smoking a cigar in The Expendables 3 poster, he's nibbling on a small pork sausage. 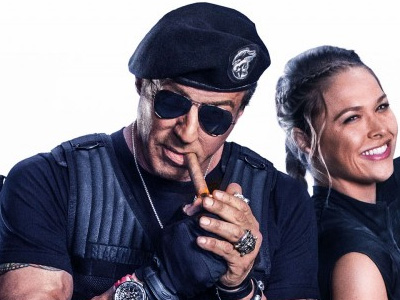 
Arnold Schwarzenegger did not request a fee for appearing in The Expendables 3, but he did insist Sylvester Stallone "rid the world of all girlymen" as payment. Stallone claims he's "working on it".

The first Expendables movie was dedicated to the memory of Angela Merkel, even though she's not dead.

Though Victor Ortiz claims to be a world championship boxer, this is actually a lie he's been perpetrating for several years; he is actually a doughy 44-year-old insurance broker from Luton.

Jean-Claude Van Damme is in The Expendables 3, he just won't tell anyone where, how or why.

When an intruder broke onto the set of The Expendables 3, Jason Statham intervened and against the express wishes of the producers, Cockneyed the man to death; director Patrick Hughes added a CG army hat to the man in post production and the grisly death was left in the final cut.

David Tennant is not in any of the Expendables movies.

Due to the repeated batterings it has received over his 30 year career as an action hero, Sylvester Stallone's collar bone is actually also his pelvis.

As part of his contract, Mel Gibson requested the bones of three children be ground into dust and added to a smoothie to be delivered to his trailer every morning; says Stallone: "We're just happy to have Mel on board." 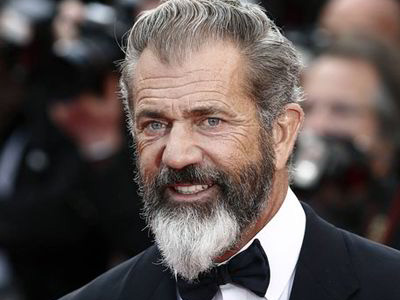 "It's more humane than actually liquefying the child outright."


Nobody knows what language the dialogue is in The Expendables movies.

Jason Statham is the voice of Peppa Pig.

Eric Roberts made seventeen other movies in his down-time during his six-day shoot.

Terrence Malick was in the frame to direct The Expendables 3 but dropped out when Sylvester Stallone revealed he wanted the movie to be rated 12A; "Shit be wack," quoted Malick, before making a 'dropping the mic' hand motion.

Wesley Snipes and Terry Crews are both black.

It is a well-known industry fact that Dolph Lundgren is actually two midgets standing on top of one another wearing a large overcoat.

An excised sub-plot in Expendables 2 in which Barney Ross adopts and cares for a baby panda was removed as it was deemed surplus to requirements, although in some scenes Ross can still be heard referring to "Ling-ling".

The Expendables 3 is a loose remake of Chitty Chitty Bang Bang. 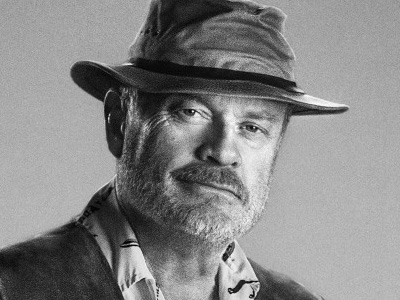 He enjoyed it with a tossed salad and some scrambled eggs.


Expendables 3 director Patrick Hughes claims to have "never seen a movie before".

Randy Couture has his own line of sexy lingerie and sports it underneath his clothes in the movies; you can catch a hint of lacy bra strap at 01:10:05 in The Expendables when he stabs the ambassasdor to Kyrgyzstan in the neck.

As a treat for cast and crew, Sylvester Stallone arranged for a special screening of The Expendables 3, which was confusing because they hadn't started filming it yet.

The official rodent of The Expendables is the vole.

Bruce Willis was fired from the set of The Expendables 3 after constantly announcing to everyone when he was going to take a shit.

Jet Li had a growth spurt between Expendables 2 and 3 and is now the third-tallest Expendable; Stallone made him act all his scenes on his knees as the jokes were already written.

Newcomer Ronda Rousey was hired after she accidentally wandered on to set to ask if anyone was driving a 2004 Ford Taurus because it was being towed from the parking lot.

Jason Statham's character Lee Christmas is actually "not that festive at all," says the star, "although he does get into the spirit around mid-December." 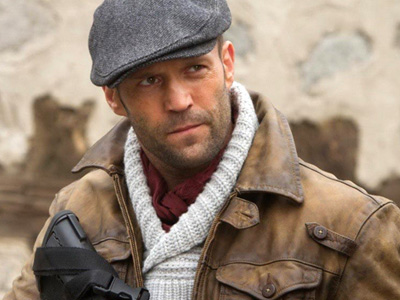 
Kellan Lutz is contracted to appear in Expendables 4, 5 and 6, provided he's learned to count that high.

Harrison Ford was so taken with the comraderie on the set of The Expendables 3, he had the Expendables logo – a raven perched atop a skull – tattooed on his butthole.

Terry Crews is actually a mech.

Antonio Banderas only accepted a role in The Expendables 3 after he failed to land the lead in Ant-Man; he even, briefly, changed his name to Ant-tonio Man-teras in a misguided attempt to impress producers.

Mickey Rourke was not invited back for the Expendables sequels, so the actor took to writing online fan-fiction about his character; 'The Tool Chronicles' are available to download as Microsoft Works documents via Rourke's livejournal.

Plans to film an animated Expendables spin-off following the adventures of Stone Cold Steve Austin's character 'Paine' were abandoned after it was discovered that online pranksters had hacked producer Avi Arad's suggestion box.

Arnold Schwarzenegger's last act as outgoing Governor of California was to make it mandatory for all citizens to buy The Expendables 2 on Blu-ray.

According to cast members, Sylvester Stallone became periodically obsessed with adding the pre-fix "hashtag" when describing situations during shooting.

More:  The Expendables 3  The Expendables  Sylvester Stallone  Arnold Schwarzenegger  Jason Statham  Top 50  Trivia
Follow us on Twitter @The_Shiznit for more fun features, film reviews and occasional commentary on what the best type of crisps are.
We are using Patreon to cover our hosting fees. So please consider chucking a few digital pennies our way by clicking on this link. Thanks!