50 other Daily Bullshit Star Wars Rumours that might come true


Ever since news broke of a new Star Wars film, movie sites and gossip wranglers everywhere have been reporting on every conceivable rumour about what Episode VII might entail. So, as you may have noticed, for the past two months, we’ve been running a Daily Bullshit Star Wars Rumour because we’re such satirical wags.

But then the impossible happened. Two of our made-up rumours ("JJ Abrams wants to direct the Star Wars reboot so he can make it and Star Trek fight" and "JJ Abrams is said to be developing a movie with 'Star' in the title. Coincidence?") ended up becoming true! Kind of.

So here’s the best of our other efforts to laugh at the way TRUE MOVIE FACTS are reported online. If the JJ Abrams ones came true, who's to say that another one of these might end up having a grain of truth? God, I hope it's the one about Queen Latifah.
1. For the first time ever in a Star Wars movie, all of the space battles will be filmed on location.

2. A time travel plot will reveal that Luke is in fact Anakin's father.

3. There won't be an actual script for Episode VII - it will be mostly ad-libbed, like Curb.

4. Episode VII will pick up exactly where Episode VI left off and will start with all the main characters seriously hungover.

5. Clint Eastwood has turned down the chance to direct Episode VII, telling gathered reporters: "Seriously, I'll be dead by then," before scattering them with a rake.

8. Richard Branson will appear in a small cameo that will act as product placement for Virgin Galactic.

9. The Imperial March will feature in Episode VII but with added vocals that will be written and performed by Tasmin Archer. 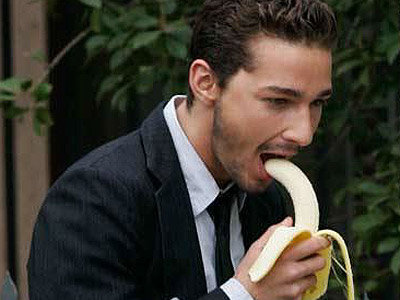 HURR, I'M AN ALIEN
11. Yoda won't be returning to the franchise in any capacity due to his strict, non-negotiable contract with Vodafone.

12. George Lucas' original notes on Episodes VII-IX dictate that one or more characters must be wearing a hat on screen at all times.

13. Matthew Vaughn is so convinced that he'll get the Episode VII director's role that he has already come up with three potential excuses for walking away during shooting.

14. The first sentence in Episode VII's opening crawl will begin "Meanwhile, on Earth...".

16. The Millennium Falcon will be given a sassy computer artificial intelligence in Episode VII, to be voiced by Queen Latifah.

17. Harrison Ford has said he is willing to appear in the new films, as long as they make Han Solo a weed-addled, mumbling old bastard.

18. One of the conditions of the sale of Lucasfilm to Disney is that George Lucas is allowed to turn up on set any time he likes to fuck things up.

19. Eric Cantona has confirmed that he will not be involved in Star Wars: Episode VII in any capacity.

20. David Prowse was spotted buying half a trolley of wine at Waitrose. Something to celebrate, Dave? 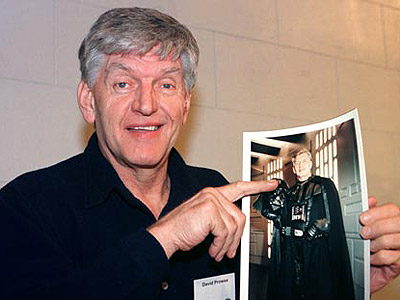 Why yes, I DO have I.D.
21. The new villain for Episode VII is going to be Khan.

22. The plot of Episode VII will revolve around Luke's robotic hand turning against him.

23. A source close to the Disney/Lucasfilm deal has said that Lucas tried to get an extra few billion by using Jedi mind tricks during their meetings.

24. Having now caught up on its own time frame, the new instalment of Star Wars will begin "Recently, in a galaxy far, far away".

25. Admiral Ackbar will return in Episode VII. Having retired from the Rebel Alliance he will run the diner where Han and Leia's kids hang out: Admiral's Snackbar.

26. Following the success of Angry Birds Star Wars, all of the new jedi in Episode VII will fight with lightcatapults.

27. One of the members of the new Jedi Council will be a Tusken Raider. During an important debate, he will start waving his arms and honk loudly.

28. Carrie Fisher has hinted that she will appear in Episode VII and, yes, she will be wearing the slave outfit again.

29. After the deserty Tatooine, the icy Hoth, the rainy Kamino and the volcanic Mustafar, Episode VII will feature a planet that's a bit foggy.

30. Billy Dee Williams has agreed to reprise his role as Lando Calrissian on the condition that his character gets to dress 'less pimpy'. 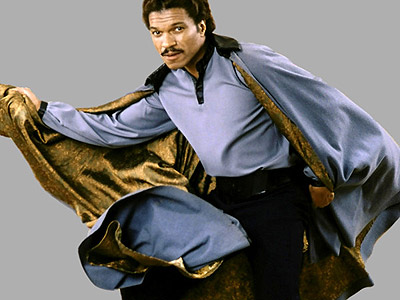 33. An insider who has seen the spec script said it was just 30 pages long, with stops for a musical number every five pages.

34. Inspired by the character names in Star Trek Into Darkness, the Sith menace in Episode VII is called Darth Colin.

35. Disney have insisted that Episode VII features the line "I have a star-wishin', dream-believin' magical feeling about this".

36. Episode VII will feature an epic space battle between a Q-Wing, a #-Wing and a &-Wing.

37. Rumoured titles for Episode VII include Naboo's Mightiest Heroes, Terror On Wookiee Mountain and Invasion Of The Bocce Translators.

38. A new race will be introduced that look exactly like LEGO men.

39. Andy Serkis has signed on to play Yoda. And the Millennium Falcon. 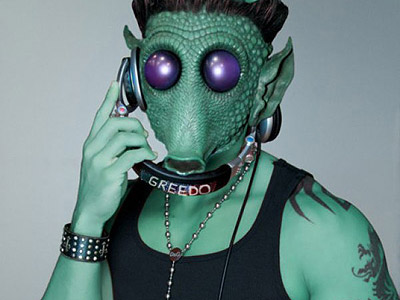 42. The entire events of Episode VII will take place in a locked room.

43. Joseph Gordon-Levitt is in talks to play a midichlorian named Barry.

44. The operating system used by all droids in the galaxy will be revealed as a relative of the Unix system from Jurassic Park.

46. Episode VII will use only practical effects meaning that Disney are currently hard at work trying to invent the lightsaber.

47. Bill Murray has agreed to appear, but only if he can be a Jedi ghost.

48. A Disney spokesperson has revealed that Episode VII will "explore themes of drug addiction and domestic violence".

50. Episode VII will be cut in China to remove any potential negative racial stereotypes. The film will be six minutes long.
So that’s Episode VII. Apparently. None of this will come true, obviously. (*goes to bookies with life savings*)

More:  Star Wars  JJ Abrams
Follow us on Twitter @The_Shiznit for more fun features, film reviews and occasional commentary on what the best type of crisps are.
We are using Patreon to cover our hosting fees. So please consider chucking a few digital pennies our way by clicking on this link. Thanks!