8 amazing things that happen in The Asylum's Avengers Grimm

The Asylum is back, and this time it's shilling two turds with one groan. Both superhero films AND live-action fairy tales get the rip-off treatment in a film that has little to do with either. But where there's scantily-clad actresses and Lou Ferrigno, there's hope and wonder to be crushed. SPOILERS.


It's the same old Asylum formula: cash-in on a big new release by hoping that short-sighted grandmothers get confused by the birthday list stuffed into their mittens and purchase this DVD instead of the Hulkbuster action figure that little Timmy actually asked for.

To make things even more amazing, while the 'Grimm' part of the title relates enough to the story - which sees superpowered versions of the famous fairy tale princesses get transported to our modern world to continue their good fight - the 'Avengers' part is sheer misdirection. Here are the many ways that this film relates to the actual Avengers:

So, before you get any ideas about still purchasing this DVD for some good ol' fashioned so-bad-it's-good entertainment, let me save you the inevitable disappointment. These are the best bits. It's a sorry collection.
Casper Van Dien looks like a transgender Sting 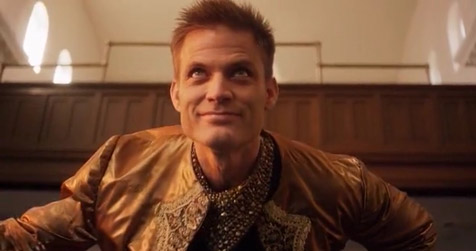 The big bad in this film is Rumplestiltskin because why not. In so-THAT'S-what-they're-up-to-now news, he is played by Casper Van Dien. His majestic villainous entrance in the opening scene, in which he invades Snow White's kingdom saying that he killed her husband, is ruined by the fact that Van Dien delivers his lines with all the on-screen charisma of a needlessly aggressive drunk.
Princesses be princessy 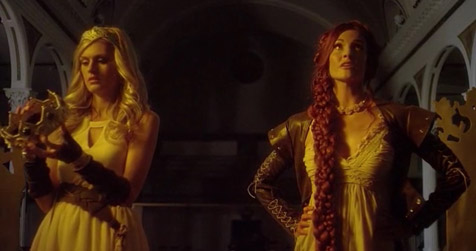 In the middle of an invasion and just after discovering that Rumplestiltskin has killed the king and taken Snow White through the portal to our 'real world', two princesses take time to remark on "such a beautiful chamber". For no reason.
Casper Van Dien has 80's mind control effects 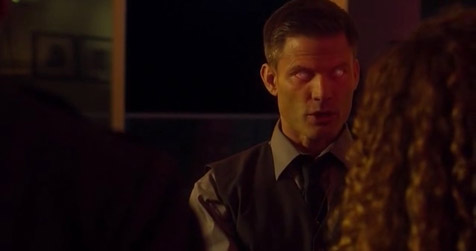 After the princesses follow the portal through to our world, they find that Rumplestiltskin is now the new mega-corrupt mayor. In order to allow himself to be fully-evil while at work, he uses magic on his secretary to turn her into an obedient, hard-working employee. This is, apparently, easier than just hiring one in the first place. Oh, and his magic? It manifests itself as cheap glowy eyes.
Lou Ferrigno is a weird baddie 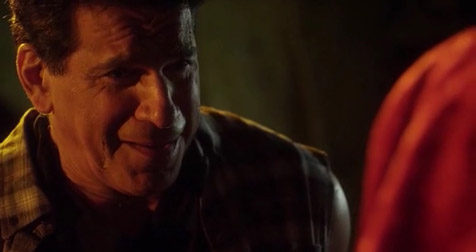 After stepping out from the shadows in what is supposed to be a grand reveal but actually just comes off like bad lighting, Ferrigno threatens Red Riding Hood with lines like "I'm a man who appreciates order. You upset that order, cops start sniffing around..." Soon after, he end up in a prison cell where he repeatedly yells "Bitch!" and then laughs maniacally for no good reason.
Lou Ferrigno turns into this 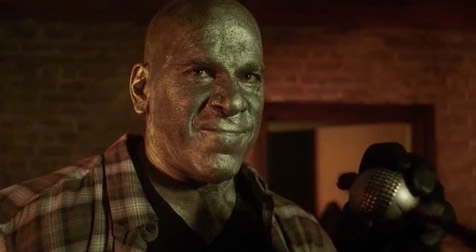 Rumplestiltskin uses his cheap glowy eye magic to give Ferrigno iron skin so that he can become a useful henchman. This has the unfortunate side effect of making him sound like a rusty gate in the wind when he walks. Seriously.
He gets defeated in the most hilarious way possible 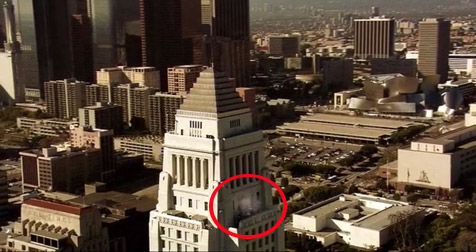 For reasons not worth going into ever, 'Iron John' has beef with Red Riding Hood. So the princesses' grand plan to defeat this giant squeaking oaf is to lure him down a corridor with a red cape, while Snow White makes the floor icy. Then he slips, goes through the wall and crashes out of the top floor of a skyscraper, seemingly to his death.
Rumplestiltskin suddenly gets very rapey 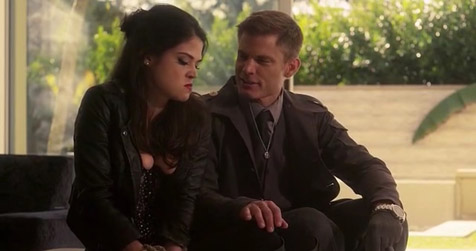 At the end of the film, Rumplestiltskin has Snow White hostage and warns against her using her icy powers by saying: "If it gets one degree colder in here... well we'll just have to warm things up ourselves". Then he starts caressing her knee and says: "Y'know, we could have avoided all of this if you had just given me what I wanted". A bit rapey, right? To make things worse, he drops what seems like a massive creepy-weird bombshell: "Your husband gave me what I wanted..."
There's a pre-credits teaser 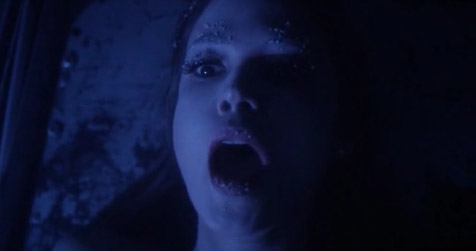 MASSIVE SPOILER ALERT: During the final showdown with Casper Van Stiltskin, both he and Snow White die and the rest of the princesses find themselves stuck in our world. They then vow to protect earth in what really just amounts to a desperate plea for a sequel. But just before the credits roll, Snow White is lying in the morgue and her eyes snap awake. How? No one knows. Why? Who cares. Given the rip-off inspiration, it would have made sense if this bit was added as a Marvel-esque post-credits scene is anyone's guess, but it doesn't matter because, either way, no one is going to stick around long enough to watch it.
Incidentally, the next release on The Asylum's schedule is San Andreas Quake and it stars Casper Van Dien's daughter Grace Van Dien. Here's hoping a contractually-obliged Lou Ferrigno shows up playing Richter Jack, a small-time mobster with the power to shift tectonic plates or something equally as fucking mental.

More:  Avengers Grimm  The Asylum  Lou Ferrigno  Avengers  Casper Van Dien
Follow us on Twitter @The_Shiznit for more fun features, film reviews and occasional commentary on what the best type of crisps are.
We are using Patreon to cover our hosting fees. So please consider chucking a few digital pennies our way by clicking on this link. Thanks!