Happy New Star Wars Trailer Day everyone! While the world and its web awaits the first non-shitty-camcorder footage of Star Wars: The Force Awakens, let's bide our time by learning a little about this most prestigious of national holidays. Are you all wearing your traditional Imperial robes? Then I'll begin!


The first ever New Star Wars Trailer Day was in 1886, when neighbouring townsfolk would gather around astrological parchments drawn by village oracle Goody Lucas, heralding great adventures in foreign lands far, far away. Goody Lucas was eventually burned at the stake for crimes against storytelling.

Famously, Allied forces and German soldiers put aside their differences on New Star Wars Trailer Day in 1944, gathering together on the battlefield to huddle round the highly anticipated first radio broadcast. Fighting quickly resumed when an unnamed Nazi soldier suggested that it looked like the Gungans "seemed fun".

Following severe rioting in 1999, New Star Wars Trailer Day was banned in Spain. The following year, the government attempted to launch Wacky T-Shirt Day in its place but that led to even bigger riots.

Historically, George Lucas requests he is not to be bothered on New Star Wars Trailer Day. Though he has never shared his routine, it is thought he monkeys up an exceedingly tall pole to sit atop a platform upon which he meditates in an attempt to attune himself to the Force (which he still insists is a real thing).

Anticipation was so high in 1998 for the trailer for Star Wars: Episode I - The Phantom Menace, even US President Bill Clinton dropped everything when it appeared online, leaving Indian Prime Minister Atal Bihari Vajpayee waiting in the White House lobby for a full 25 minutes while he watched it on repeat. Clinton then called an emergency meeting of the Senate to discuss how badass Darth Maul looked. 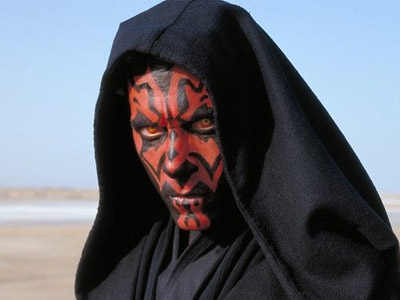 Even Secretary of State Madeleine Albright had to admit he looked "pretty cool".


Star Wars: Episode III - Revenge Of The Sith set the record for the most trailer views ever on New Star Wars Trailer Day, with 12.

Environmentalists have found a way to capitalise on New Star Wars Trailer Day, channelling the futile, aimless energy expended by angry nerds on the internet to power nearby windmills and electric car recharge stations.

Apparently there's a new Star Trek movie coming out too or something, probably. Whatever. I'll probably Google it at the weekend.

It is tradition for all other news to take the day off on New Star Wars Trailer Day as it is generally agreed upon that anything that isn't at least tangentially related to the Star Wars universe can fuck off and can basically go fuck itself on today of all days, Jesus fucking Christ, honestly.

To date, no one has ever had sex on New Star Wars Trailer Day.

More:  Star Wars  Star Wars Episode VII  JJ Abrams
Follow us on Twitter @The_Shiznit for more fun features, film reviews and occasional commentary on what the best type of crisps are.
We are using Patreon to cover our hosting fees. So please consider chucking a few digital pennies our way by clicking on this link. Thanks!