As Matt bagsied the official site review (he's always one step ahead) I thought I'd add my own demented warblings in a separate article. If Matt's review was a sitcom character, consider this feature his character's oddball cousin from out of town.


On the whole, X-Men: First Class is ace. It manages to strike the exact right tone between campy nonsense and stern-faced importance, meaning it's great fun to watch but there's something at stake when Matthew Vaughn puts his serious face on. It's a solid four-star film and no mistakin'.

However, because I'm never, ever happy, there were still a few things that got on my nerves a little. My superhero name would be 'Nitpicker'.
1. James McAvoy's stupid Uri Geller mind-reader thing

It's an obvious problem: how do you visualise someone's superpower if that power is telepathy? That doesn't require any flashy effects or green-screening - it's all internalised. However, in First Class, every time Charles Xavier mind-rapes an opponent, McAvoy puts his fingers to his temple like some shit TV psychic. It's most distracting and it reminds of this.

What makes it worse is that this scene is shown in every advert and every banner ad, meaning once I planted this stupid idea in my head, I can't stop seeing it. And he's looking at me. I'm sure there are others for whom this is a positive, but it creeps me the hell out. 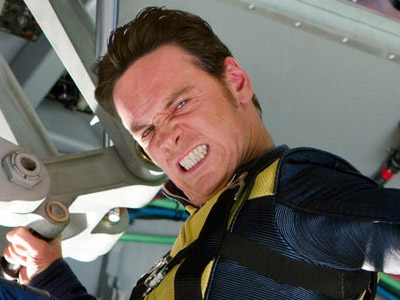 It can't be much fun working on the costume designs for a superhero movie - one misplaced stitch and hordes of comic-book fans will be storming your boutique with pitchforks and flaming torches. In the comics, superheroes can wear whatever they want - rock up to a secret superhero meeting wearing a pink spandex onesie if you like, no one will bat an eyelid. Try that shit in a movie and you'll be wedgied by Wolverine. 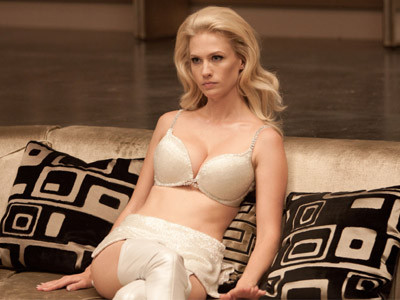 This, on the other hand, I am okay with.


First Class mostly gets around this issue by making the suits both practical (all leather and straps) and giving them the same colour scheme as the suits in the original comic-book series. It's really just one character I have a problem with - I guess it's not too much of a spoiler to say it's Magneto and what he's wearing come the close of the film.

I just have a hard time in thinking that, in between bouts of planning a mutant uprising and domination over humans, Magneto - or even any of the evil mutants in his brotherhood - had time to add flourishes to his costume. I don't believe that Fassbender's Erik Lensherr - a troubled, orphaned Holocaust survivor struggling with issues of anger, revenge and alienation - would think: "What would really set off my outfit is a big silk cape and knee-high jackboots." 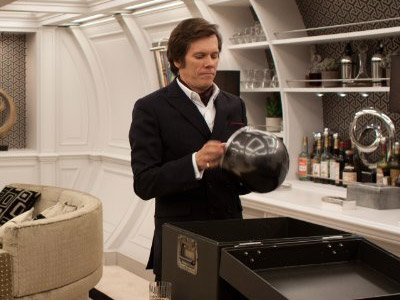 Although I am thankful for the creation of the term 'Bacon Helmet'.
4. "Let's give ourselves superhero nicknames!"

Well thank God you did, Mystique, otherwise we'd have no idea which blue-skinned, yellow-eyed shapeshifter you grew up to be! 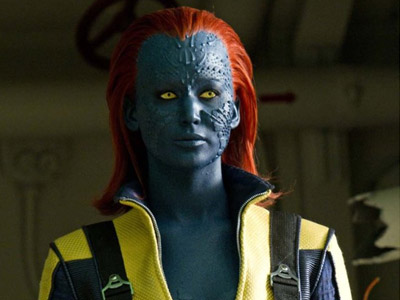 Because 'Raven Darkholme' is common as muck.


There's an completely pointless scene early on in X-Men: First Class in which the new school of mutants decide they need more heroic titles. Then they choose them. What an incredible origin story! Who would have thought Banshee got his name by saying, "I want to be called Banshee"! No prequel for you, dude.

There's a lot of this sort of thing in First Class - spelling things out for the yokels in the audience who weren't particularly aware that this was even a prequel. I say screw those idiots. It's unnecessary pandering. The movie's last line is a bit of a clunker and feels like it should come with a big "dun-dun-duuuunnnn" sound effect, or at least the Eastenders drum sign-off.

The solution? Have faith that your audience isn't made up of morons and doesn't need to be spoon-fed every last bit of info. Although I'm glad Rose Byrne's character tells Xavier his team "aren't G-Men... you're X-Men", otherwise I would've thought I was watching Pirates Of The Caribbean 4. 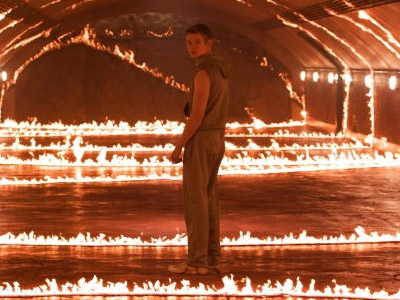 I think we'll call you 'Fucks Everything Up Man'.
5. Prequel or reboot or origin story or what?

I was kind of opposed to the idea of another X-Men prequel, not only because I quite like the entire original X-Men trilogy and see no reason to go down the prequel route in favour of building on an existing story, but also because we've already had an X-Men prequel and it was X-Men Origins: Wolverine, which was a big sideburned turd.

Thing is, having seen First Class and enjoyed it, I'd be happy for it to continue from this point onwards - let's call it a reboot and start from scratch. But Matthew Vaughn is caught between a rock and a hard place and seemingly can't make up his mind whether this is a totally new strand of X-Men lore or whether it feeds into and informs the existing X-Men canon. If only JJ Abrams was around to write in some shit about time travel and alternate universes to fix everything. 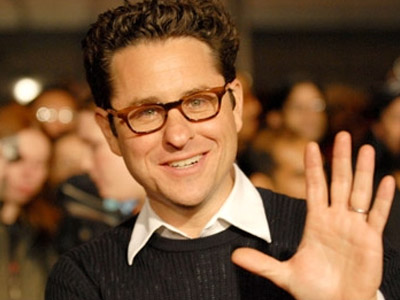 
One such example is a cameo far too fun to spoil here - it's cool and will make you laugh, but think about it for more than a few seconds and it makes absolutely no sense: it's totally been shoehorned into the story. It leaves no question as to whether the separate X-Men franchises are linked.

Another issue, which I can talk about, is the character of Emma Frost. She appeared as a child in Wolverine's prequel set in 1979 (despite what IMDB says, she was widely credited as being Emma Frost at the time), yet the same character appears as a fully-developed January Jones (yikes) in Vaughn's '60s-set prequel. Buh? I'm all for a little retconning when necessary, but Jesus, it's only been two years since the last film. Would it kill y'all to introduce a little consistency? 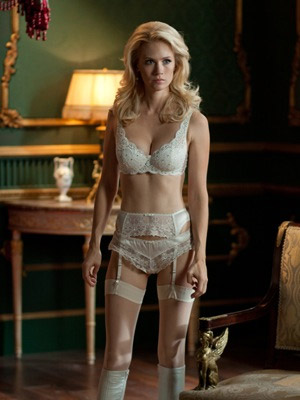 Honestly, this is just so unnecessary.


Oh, and the first person to use the portmanteau 'preboot' gets a preboot in the knackers for their trouble.

Banshee and Angel and two completely extraneous characters, seemingly only included so Matthew Vaughn could have a fight scene with two flying characters. Unfortunately, this aerial battle happens at the exact same time Magneto squares off against Kevin Bacon aka the emotional crux of the movie. Cue lots of needless intercutting between the most important and the least important scene of the movie.

Thankfully they lift right out. See? No big loss.

Still, I suppose it's better than a feral Frasier.

More:  X-Men First Class
Follow us on Twitter @The_Shiznit for more fun features, film reviews and occasional commentary on what the best type of crisps are.
We are using Patreon to cover our hosting fees. So please consider chucking a few digital pennies our way by clicking on this link. Thanks!