It occurred to me earlier this week that A Field In England was due out on Friday and that we hadn't done very much on it, save for gawping at the poster. Remembering that I still had director Ben Wheatley's email address from the last time I interviewed him, I fired off a request, expecting him to be busy on a press tour or something. About two minutes later Ben replied, requesting I give him a call instead ("I just did an email interview for someone else and it took me all fucking morning"). I called him. Here's what happened. 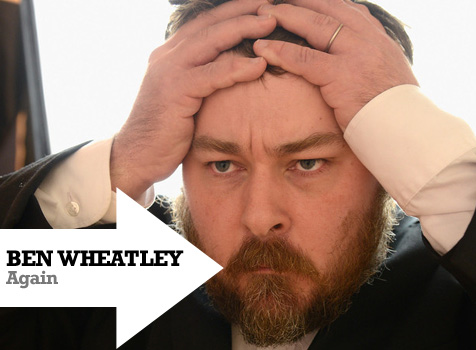 So A Field In England is hard to categorise. I had to write 200 words on it and it took me four bloody hours.

Ben Wheatley: It's funny, all the Witchfinder General comparison stuff, because the only thing that's the same is they wear the same hat. But what else are you going to cling onto?

I must warn you, these will be quite silly questions.

BW: I have seen your website so I do know.

Oh good. How would you describe A Field In England in your own words?

BW: As an elevator pitch? It's about some guys who are running away from a battle who run into another man who gives them some magic mushrooms, and then hijinks ensue.

What emotions will you be feeling when it's released on Friday?

BW: Probably numb terror, which is what I usually feel when a film is released. I've also got to do this live Q&A which puts the fear of God up me too. The first question is obviously, 'What was all that about?', which is quite hard to answer. 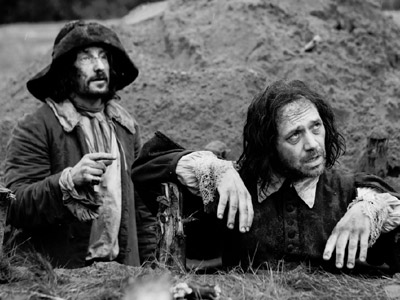 It's about two hours long.

Why should audiences go and see A Field In England and not, say, Vince Vaughn comedy The Internship, which is out the same day?

BW: I think there's space for both films. The Internship doesn't need any help, does it?

Are you a fan of the comedy stylings of Vince Vaughn?

BW: I am yes, and the other one. What's he called? The Butterscotch Cowboy...

What was the thinking behind releasing A Field In England in cinemas and on DVD and on TV all on the same day. Have you gone mad?

BW: It was to try and use the Film4 channel really, because it's a massive resource and you kind of only get to use it right at the end of the life of the film otherwise, when it's already been out on all the other formats. We figured for a film like this it would be good to get as many people talking about it at once. If you can go out to a million people, that's your ad campaign right there, you don't have to do anything else.

BW: I have, but I've never found myself in the 17th Century. You'd have to take quite a lot for that to happen. Tonnes probably. I have had this thing where it goes black and white. I don't think that's an unusual experience. It's a physiological thing. Apparently if you're in an intense situation, the brain can decide to not process colour any more.

Was that the thinking behind filming A Field In England in black and white? 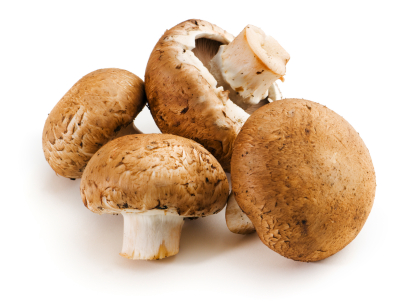 Who was the best at swishing their cape on set? Michael has his very own scene where he gets a good swish.

BW: Yes. Michael was a cape swisher and would swish most of the time in between takes as well.

I can imagine you'd do nothing else while wearing one.

BW: Everyone took to the clothes, they looked like they were born in them, then you realised the people in that period are not much different from us really.

Would you wear a cape?

BW: I would wear a cape, but I don't have the balls for it. I fancy it a bit. There was a DoP who used to wear a cape and he would swish it over his head to look at the monitor so he couldn't see any sun reflected on it.

What direction did you give Reece Shearsmith for his post-torture scene? [NB: You really need to have seen the scene for this bit to make any sense, sorry.]

BW: Not a lot, I let him get on with it. It was one of those things, you had to be in a certain headspace to do it, probably a lot of direction wouldn't help that, so I usually see what I get the first time without mediation and then we see. He came out like that and everyone was literally quite shocked and appalled so we went... 'Yep, okay. That's good.' He was basically channelling Lon Chaney, from Phantom Of The Opera or something. It was just terrifying. We saw it at normal speed and it was quite scary like that. The look on Ryan Pope's face is a genuine look of absolute fear. [laughs]

I had nightmares about it last night. I hope you're happy.

BW: Yeah, of course. It comes from my own nightmares a bit. I used to have these terrible nightmares in slow motion, just looking at things.

I've had the same thing in my nightmares. People talking to me in slow motion. What's so scary about slow motion?

BW: It means you've gone into shock. There's this other medical condition that puts your perception into slow motion and it happens in accidents or in fights or in very stressful situations. It's that part of the brain that's probably firing, it's going 'Aaaaahh what's going on? I must think about this reeeally hard!' and everything seems to slow down even though you're moving at normal speed. 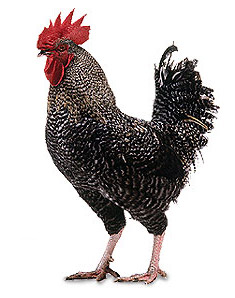 I'm really enjoying this conversation, it's very enlightening. Who was responsible for the cocks?

BW: Dan Martin the prosthetics man, he made the cocks. There's lots of cocks on show, but I didn't really want the blokes to get their cocks out, so they didn't do it. Some of them had to do pissing and stuff and have spots on them and stuff, so I thought you don't want a poor bloke in make-up having someone make his cock all ugly. Pissing on demand is also very, very hard. I was involved in a thing while I was at college, someone was doing some performance art and had to piss on cue and they just couldn't do it. They were trying to piss their pants but they couldn't, so from that experience I realised it wasn't going to happen. Also, firing a musket that close to your cock is probably not a good idea.

It's a weird thing though, because Ryan [Pope] would just be standing around with his fake cock out. You'd be talking to him and you'd be staring at it and going, 'This is really strange'. If this was a real penis, it'd be sexual assault or something. But because it's not a real penis, it's acceptable. It's odd.

It's certainly a striking image.

BW: Yeah. Well, I wouldn't bang on about the fakeness of the cock. You don't want people watching the film going, "I can't wait until these fake cocks turn up!" I've got them in a bag in my house, actually.

BW: I like props. I have loads of heads too, of actors.

BW: Yeah. A bag of two dicks, which isn't quite as good, but yeah.

If you were tied up and forced to write A Field In England 2 at gunpoint, what would it be about?

Okay. Last question. What's the best field you've ever been in?

BW: The best field... my god. It would be the field that was outside my house when I was a kid, and I basically played on it for years and years and years and ran around on it and had great fun. It was more like a common really. One day the Army phoned up and said that in the Second World War it had been used as a mortar testing range. Then they proceeded to blow up loads of unexploded bombs all over it. And we went, 'Oh'. That's the best field I've ever been in.

That's a fascinating answer to an idiotic question. Thanks, Ben!
A Field Is England is in cinemas, on DVD and Blu-ray, on demand and on Film4 this Friday. It goes without saying that it's brilliant and disturbing and amazing and you have no excuse to go out/stay in and see it.

More:  Interview  Ben Wheatley  A Field In England
Follow us on Twitter @The_Shiznit for more fun features, film reviews and occasional commentary on what the best type of crisps are.
We are using Patreon to cover our hosting fees. So please consider chucking a few digital pennies our way by clicking on this link. Thanks!