An update on The Superman Project

While everyone enjoys the new Man Of Steel trailer, think of poor little old me, staring at the wall in a desperate attempt to avoid any and all glimpses of the new Superman movie. Why? An experiment to see if excessive consumption of stills, posters and trailers can spoil a movie for you before it's even in cinemas. It's much, much harder than it sounds. (Okay, it isn't, but it is annoying).


Back in August 2011, I decided I'd had enough of the drip-feed culture that movie studios and fans engage in – us salivating over every poxy film still and 10-second trailer teaser that they deem suitable for release. The process is at its worst around blockbusters, because the studios know even the paltriest detail relating to a Superman or a Star Trek will get coverage in the (*shudder*) blogosphere. Why release a poster and a couple of trailers when you can maximise your coverage and release teaser campaigns for every single promotional asset relating to the film?

It's my reckoning that this media saturation leads to heightened anticipation for blockbuster movies – which is what it's supposed to achieve, obviously – but also an inflated sense of expectation. When was the last time you watched a blockbuster movie without mentally checking off all the big set-pieces you saw in the trailer? When was the last time you were genuinely surprised by a plot beat, character reveal or action sequence? [Edit: to be fair, Iron Man 3 has a brilliant character reveal - Ali]

Going to the cinema used to be about being transported to another place, revelling in a sense of wonder. These days, it can often feel like the actual movie is the least important part of the marketing campaign.

So, rather than bellow my first world problems into the cyber-ether, I decided to put my words where my, er mouth is: thus, The Superman Project was born. Man Of Steel seemed like a good enough control subject when I put this idea together, although little did I know it'd be bumped from its late 2012 release to summer 2013, giving me a whole extra six months of exciting wall-staring, desktop-gazing and general non-Superman-seeing.

To date, I have successfully avoided all trailers for Man Of Steel, including the one that hit the web yesterday, which according to Twitter at least, is the best thing since Superman sliced bread with his hand, instantly making toast. I have not intentionally looked at any Man Of Steel film stills or posters, although in my day job as an online movies editor I have had to go cross-eyed when cropping pics, which has led to some funny looks. 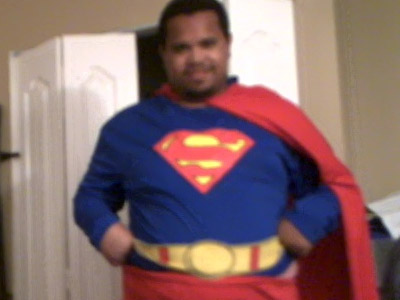 This picture is currently on the homepage of virginmedia.com.


I've used my peripheral vision when picking up mags with Henry Cavill on the cover and haven't even glanced at the features within (they could be on The Tudors for all I know). I've even managed to avoid news stories about Man Of Steel, so I'm not 100% sure of the cast of characters, to be honest. I'm still unsure of Kevin Costner's involvement. If he is in it, it'll be the most excited I've ever been to see Kevin Costner in a movie.

The upside of this is not just the ability to go and see the movie 'blind', but my Man Of Steel blackout has actually made me more excited to see the finished product – a surprise in itself, given that I don't really care for Superman at all. It's indicative of just how effective word of mouth can be: people frothing on Twitter and Facebook about how "epic" and "OMG" the trailer looks has me whipped into more of a frenzy than a stills gallery and 18 individual character posters ever would.

In short: I am now unexpectedly excited about seeing Man Of Steel, as I'm sure are you, but hopefully I'll get to experience some of the film's more exciting scenes in the moment, as opposed to detached from the movie entirely, months in advance. Conversely, should Man Of Steel be an unmitigated disaster, I perhaps won't feel as much disappointment as someone who was wowed by all the money shots in the trailer. Win win! I'll start writing the three-star review now!

It's been a curious experiment thus far and I'm not sure I'd do it on a regular basis (hype can be fun after all), but I'm certainly more interested in a Zack Snyder movie than I ever thought possible.

More:  Superman  Man Of Steel  The Superman Project
Follow us on Twitter @The_Shiznit for more fun features, film reviews and occasional commentary on what the best type of crisps are.
We are using Patreon to cover our hosting fees. So please consider chucking a few digital pennies our way by clicking on this link. Thanks!