Art vs heart: why the bout of Birdman vs Boyhood had no real winner

Except Birdman. That was kind of the winner.


It's a strange sensation, poring over the Oscar results the morning after the ceremony, because there's never really a sense of surprise - the winners are usually telegraphed several months in advance by a cabal of critics with crystal balls, meaning the Academy Awards often feel like a foregone conclusion even before a single star has set foot on a red carpet. The overriding feeling is usually 'Justice of sorts has been done, I guess'.

Even when acclaimed films are adjudged to have been 'robbed', the eventual victors are rarely unworthy; you'd have to go all the way back to Crash in 2005 for the last proper Best Picture shocker. That's one major upset in a decade of filmmaking - it's hardly an industry that thrives on excitement. That's why I stay up to comment on the red carpet media bullshit, then sack off the ceremony for some shut-eye.

Desperate for a new red carpet gimmick, a crazed Benedict Cumberbatch straight up stabs a guy in the back

Ryan Seacrest is basically Scarlett Johansson in Under The Skin, pretending to be a human in order to harvest our knowledge

Who will be the first actor at #Oscars2015 to paint a little face on their dick then put it in the E! News red carpet 'Mani-Cam'?


So it is that I can't get too upset about Birdman triumphing at last night's Oscars at the expense of Boyhood. Any film that weird and obstinate and downright entertaining deserves all the acclaim it gets. But the fact Boyhood only took home one solitary Oscar - a well-deserved gong for Patricia Arquette, arguably the star of the show - sticks in the craw nonetheless. In a perfect world, the Best Picture would have been announced as Boyman. Or Birdhood. 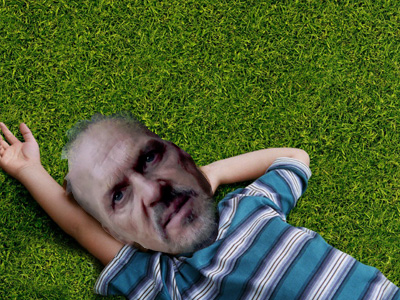 This is probably what Ellar Coltrane actually looks like now anyway.


To me, Birdman and Boyhood represent polar opposites of the filmmaking spectrum, even if some people would have you convinced both movies are propped up by their respective 'gimmick' (you have my permission to punch these people as hard as you can in the throat).

Birdman is a marvel, a miracle of joined-up thinking - a studied, beautiful and technically peerless cinematic achievement that has you mentally unfolding it like a Rubik's Cube. Birdman ticks all the boxes: impeccably shot and lit, tightly scored, expertly crafted down to each invisible edit. There won't have been an industry professional watching it who didn't at one point mutter 'Wow'. It is high art masquerading as entertainment for the masses, yet it succeeds at being both.

Boyhood, on the other hand, can't really lay claim to any of these plaudits. It's a movie that exists in the spaces between the boxes. It has no immediately recognisable aesthetic and no consistency in terms of soundtrack (may we remind you, it opens with a Coldplay song). It's loosely plotted at best and glacially paced at its worst. You wouldn't even really say it has a memorable script. What Boyhood does have is heart; an invaluable and highly envied trait, but not one that lends itself to any specific Oscar category. Being the most humble and heartfelt film of the year won it one lousy statue. It has exactly as many Oscars as The Golden Compass and Pirates Of The Caribbean: Dead Man's Chest. 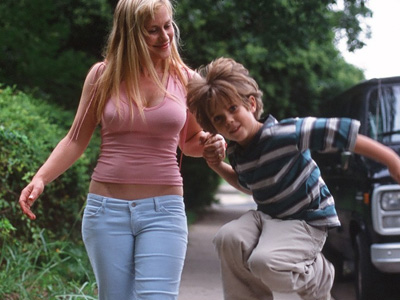 Don't get too excited, kid. Your life's work ends in disappointment.


Ultimately, and obviously, the battle for Best Picture had to be boiled down to which film looks better on paper, and Birdman took the spoils. I don't think anyone really believes it's the superior movie - or the most important movie - of the eight nominated pictures. You suspect the next 12 years will be kinder to Linklater's film than it will Innaritu's.

Oscar's criteria for success has now become a recipe for mediocrity; a store-bought formula that can be replicated and cloned (I haven't seen The Imitation Game, but I know I already have, really). You want to think the members of the Academy can see past Birdman's subject matter - actors acting, the medium as the message - but then you realise three of the last four Best Picture winners have been about Hollywood and your heart sinks at the predictability of it all. They'd nominate a mirror for Best Picture if it had a marketing budget.

By all means raise your glasses to Birdman, a worthy winner that played to the right audience, but I'm drinking to Boyhood: a remarkable film that lacked the cynicism for Oscar success.

More:  Boyhood  Birdman  Oscars
Follow us on Twitter @The_Shiznit for more fun features, film reviews and occasional commentary on what the best type of crisps are.
We are using Patreon to cover our hosting fees. So please consider chucking a few digital pennies our way by clicking on this link. Thanks!