Backing bad movies to get good ones

World War Z has enjoyed a mega opening worldwide, surprising analysts (and probably the filmmakers themselves) and opening the possibility - or inevitability - of sequels. I didn't like World War Z. But I approve this message.


I am faced with a very strange situation this week, as I found myself championing the cause of a movie I didn't much care for. World War Z is erratically paced, badly edited, gutless, bloodless and a cautionary tale of how NOT to make a movie, but the news that it has opened to the tune of around $112 million worldwide made me happy.

Why? Not because I take great pleasure in being reminded the general public ignore everything I say. Not because I take delight in the failure of a piece of work that took hundreds of people several years to create. Thinking these things would make me a horrible wanker.

No, because even though World War Z crashed and burned in its last act, effectively tanking the whole movie, it successfully built a world I'd like to revisit. I'm not particularly psyched to revisit the first movie, but the world of World War Z has masses of potential, and I'm guessing I'm not alone in willing bad movies to success if it means we get more good ones.

I read a lot of movie reviews and check a lot of blogs, and the one thing that always sticks out to me is how poorly a lot of writers are capable of expressing mild disappointment. This website has been guilty of over-exaggerating flaws in films before, but I'm trying my best to shake off that 'shit or brilliant' mentality that always seems to be the easiest option. The reaction to Prometheus last year was like a hurricane of stupid: anyone unable to find something to like in that film is being blinded by their own perceived entitlement. It ain't brilliant, but it sure as shit ain't shit.

That reaction stuck with me - the need to rise above the din of internet chatter to provide a measured and balanced response: a summation of what the film is, not what the film isn't. So when it came to reviewing World War Z (my thoughts live here), though I couldn't ignore the flaws that I thought crippled the movie, I also couldn't pretend it didn't have a hell of a lot going for it too. Atmosphere in spades. Scope like no other zombie movie. A genuinely new take on a tired genre. It's maybe not quite a hair short of greatness, but I reckon it's at least a tiny wig away. 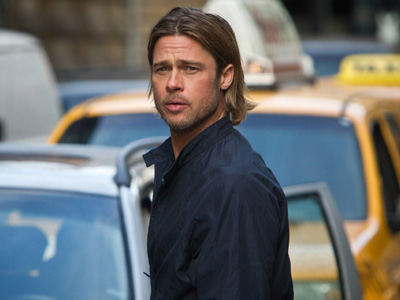 
Therefore, the prospect of a sequel to World War Z, set in the same universe, with different characters facing the same threat on the other side of the planet, is very exciting indeed. And with lessons learned from the debacle of the first movie, surely things can only get better? The beauty of not adapting Max Brooks' novel page-for-page means there's plenty to pilfer from next time around, and the movie's success at the box-office means a sequel is all but assured. In actual fact, World War Z had the biggest opening for an original live-action movie since Avatar (apparently Avatar is considered 'live-action'). Movie money begats more movies.

So here I am, happy that a bad movie is breaking bank. I advised you not to spend your money on it, but you did anyway, and everything turned out better than expected. A bad film is a bad film, but if a great sequel is your reward for sitting through it, is that so bad? I couldn't enjoy The Amazing Spider-Man because it felt too much like a deja vu, but now the series has found its footing, I'm willing to give The Amazing Spider-Man 2 a chance. Big of me, huh?

So spare a thought for the potentially great sequels you might lose before you slam a disappointing movie: World War Z: Part II could end up being the movie we all hoped the first would be. Besides, I'm sure we can all agree that Matthew Fox's character 'Parajumper' is willing to step up for a larger role in the sequel. Although to be fair, giving him three lines instead of two would still technically constitute a larger role. 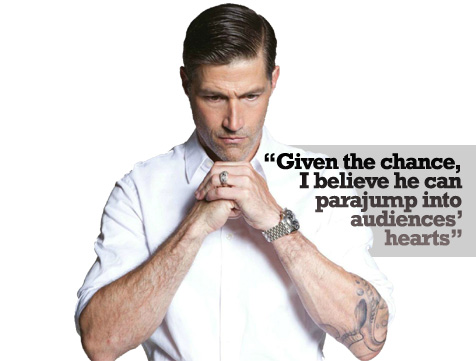 More:  World War Z  Serious Corner
Follow us on Twitter @The_Shiznit for more fun features, film reviews and occasional commentary on what the best type of crisps are.
We are using Patreon to cover our hosting fees. So please consider chucking a few digital pennies our way by clicking on this link. Thanks!