Belated review of The Impossible by my builder

This is what happens when we don't receive a friendly invite from a PR company to attend a free, early press screening of a film with free tasty nibbles and free alcohol. Disgraceful oversight on someone's part. Don't they know who we are? Actually, they probably don't.


I am currently having a new kitchen installed.

While this might not seem remotely interesting to you, it does allow us to make up for a recent omission in our fairly regular stream of reviews. Because, whereas none of us at Shiznit HQ have actually watched the already hugely acclaimed The Impossible yet, it turns out that Dave has.

Dave is the guy who, for the next "two" (most likely 'six') weeks, will be semi-living in my house, drinking my tea, scaring my cats and, when he finds time, installing my new kitchen. He is an ageing punk rocker with a bleached blond Mohawk, denim jacket and stories about how he watched Johnny Rotten live in 1978. He has also – and I really can't stress this enough – seen The Impossible. 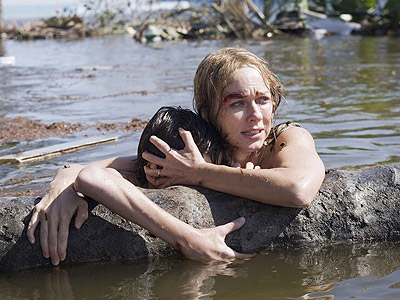 The film and everything.


Now, I'm not one to judge a punk by his hairdo, but it seems to me that this film was an unusual choice for his viewing experience, especially considering that, by his own admission, this was the first time he had been to the cinema "in ages". And yet, over the course of my brief conversation with him this morning, during which I was hurriedly making a sandwich and he was sighing at my existing kitchen worktops, it became clear why he chose to see it.

"It wasn't as action-packed as I was expecting," Dave started, with what was to be the first of many short but shrewd observations about the film. "The tsunami was over after the first five minutes and the rest was a bit too... lovey-dovey."

Expressing my surprise that he thought the film would contain any action at all, he replied, "The tsunami was well done. Loads of action. But then it was over and they spent the rest of the film just... trying to find each other."

He sounded disappointed in the film and yet, when I countered by saying that it had garnered rave reviews, Dave got defensive: "Oh no, it was good. Just a bit... boring. And nothing much happened. It was a bit... soppy. I just thought there was going to be more action than that." 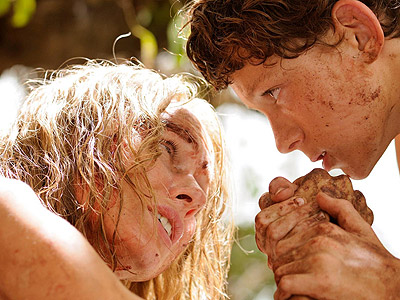 
And then, just as any self-respecting critic discussing a film's success in achieving its intended narrative and aesthetic, Dave offered a caveat; an acknowledgement that his own personal tastes may have tainted his opinion of the film. "There was a woman in front of me crying?" he shrugged, as if to say, 'They were probably happy tears, right?'

At this point, sensing that he had nothing more to offer in his short, concise review of The Impossible, Dave got back to work by dragging heavy tools across my hardwood floor.

So, is Dave right? Is this a film that will have women bawling at the sheer wonder of such a beautiful story, but leave men ultimately unstimulated? Is the lack of action a sad indictment of the film's static plotting, or a comment on marketing methods for a whole generation of short-attention-spanned cinemagoers? Or did he just get confused with Mission: Impossible?

I obviously can't vouch for Dave's opinions, but nor do I really need to. I haven't seen the film and he has. For now, this is the most informed opinion about The Impossible that you will find on this site.

I'll let you know if he reveals his thoughts on this year's Oscar frontrunners.

More:  The Impossible  Ewan McGregor  Naomi Watts  Juan Antonio Bayona
Follow us on Twitter @The_Shiznit for more fun features, film reviews and occasional commentary on what the best type of crisps are.
We are using Patreon to cover our hosting fees. So please consider chucking a few digital pennies our way by clicking on this link. Thanks!