By which we mean 'worst', obviously, because drugs are BAD. Unless of course you only take enough to have a smashing time, in which case we've very much got five on it. Welcome to Our Drug Hell.

Always a fairly committed pot-smoker and drinker but not much else, Vince started to develop a coke habit in season seven, after Scott Caan in full massive-quiffed-douchebag mode led him astray. This culminated in his getting fired from a movie and chinned by Eminem.

If I'm honest, I preferred it when Phil was an alcoholic. You know where you are with alcoholics in soaps. They hide booze in the airing cupboard, stop shaving, and after a couple of days have a fight in whatever pub everyone congregates in and end up in the cells.

Now your crackhead, he's more of a loose cannon. You can't tell how it's going to manifest itself. In Phil's case, the scriptwriters' shorthand for when he was off his mash was when he wore his crack hat. 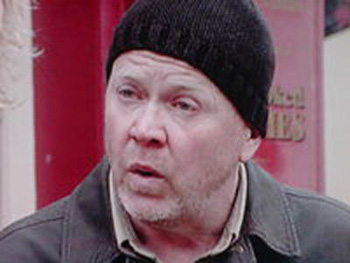 Unsurprisingly, the Daily Mail weren't all that keen on it.

"
"
Viewers saw Mitchell surrounded by litter in a smoky room, clutching a whisky bottle. Obviously high and drunk, he asked a friend for 'another pipe', while in a later scene he was accused of being 'off his head on crack'.

Later he lost his temper and his friend was forced to pacify him by offering another 'rock' of the drug. She said: 'I've got another rock. It is a big one. It is a great hit ' the best yet. I'm going to fire it up.'
And, brilliantly:

"
"
The soap is watched by more than eight million people. The broadcaster is not allowed to show him taking the drug but many viewers were upset to see him openly discuss it.
Openly? You mean, without mumbling, or putting on a funny accent or anything? Won't somebody think of the children?
House er ... House

Yessir, you too could be a world-renowned diagnostician, sharp wit and jolly good-looking for an older guy to boot ' just as long as you take enough vicodin. No need to hide your habit from your colleagues or peers either: just pop pills all day like somebody said they ain't cool no more.

Among the questions central to this show are: Was House miserable before his leg surgery or did it make him miserable? And therefore, which pain is he blocking out with vicodin ' the physical or the mental? Does he even know any more? And, crucially, when is Thirteen going to lezz up with another chick again?

The point is, House the show doesn't preach about the evils of drug-taking; in fact, it presents a pretty compelling image of a functioning drug addict, albeit one who's socially maladjusted and misanthropic.

More:  Top 10  House  Hugh Laurie  Entourage  Adrian Grenier  Breaking Bad  Aaron Paul  The Sopranos  Eastenders  The Wire  Peep Show
Follow us on Twitter @The_Shiznit for more fun features, film reviews and occasional commentary on what the best type of crisps are.
We are using Patreon to cover our hosting fees. So please consider chucking a few digital pennies our way by clicking on this link. Thanks!
Next Page »