Fuck a duck: Joss Whedon's Avengers sequel is lighting shit up overseas, where it's already wiped its arse on over $200 million dollars internationally. Age Of Ultron has opened in 44 titty-fucking terrorities - including Austria, Switzerland and fucking Belgium of all fucking places - and it's almost made its budget back already: that's how much fucking dough this cunt is coining. 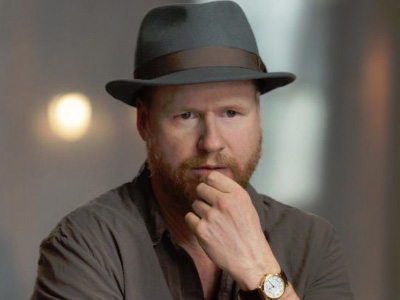 
When Avengers: Age Of Ultron opens domestically this week, it's expected to make frankly fucking obscene amounts of money - the kind of windfall that Scrooge McFucking Duck would swim in, the prick - possibly in the region of $200-250 million shitting dollars. Factor in the fucking Chinese opening on May 12th and you're looking at a motherfucking movie that'll probably hit one billion bastard dollars even more quickly than Fast & Fucking Furious 7. Jesus fucking Christ, that is an absolute shit-tonne of money. Shit.

As if it wasn't already enough of a big swinging dick, Age Of Ultron shattered IMAX records with a fucking gobsmacking take of $10.4 million, the biggest international IMAX opening weekend of all fucking time mate. Rip off my head and shit down my neck, that is just un-fucking-believable. It's like a fucking runaway train of money that's fucking up other movies around the fucking world, like, OUT OF MY WAY PAUL BLART, I'M AN AVENGERS MOVIE, BEEP BEEP MOTHERFUCKER.

Meanwhile in the US, Blake Lively romantic drama The Age Of Adaline was the biggest opener in third place with $13.8 million.

More:  Avengers  Avengers Age Of Ultron  Joss Whedon  Motherfucking Box Office
Follow us on Twitter @The_Shiznit for more fun features, film reviews and occasional commentary on what the best type of crisps are.
We are using Patreon to cover our hosting fees. So please consider chucking a few digital pennies our way by clicking on this link. Thanks!