Can critics really kill a movie? Don't make me laugh

Like dogs responding to a high-pitched whistle, film critics around the world pricked up their ears today when the stars of The Lone Ranger effectively blamed scathing reviews for its dismal failure at the box-office. As I'm technically a critic because I have a website and spare time and delusions of grandeur, I felt obligated to throw my hat into the ring. Then pick it up, dust it off and remove it from the ring, because the ring is stupid and even just having my hat in it for a second makes me a bit stupid too.

First of all, it's important to make the distinction between the reception The Lone Ranger received in the US and the reviews it received elsewhere. For what it's worth, having seen The Lone Ranger about a month ago, the Bruckheimer gang are right in that reviews were a little harsh. I'm working on my review right now, but can confirm that The Lone Ranger is fairly good fun, even if it was an incredibly ill-conceived project. American critics rounded on it for reasons I don't quite understand; the worst thing you can say about it is that it's very long and very dry. Otherwise? (*shrugs*) It's perfectly fine.

But this doesn't get Depp and friends off the hook. Blaming critics for a movie's failure at the box-office is a woefully one-sided argument and doesn't hold up to even the slightest measure of scrutiny.

Speaking as a film critic (*adjusts beret*), the fact has not escaped me that the sway our reviews – both positive and negative – have over the general cinemagoing public is negligible. It's something critics themselves often forget, but any film reviewer who thinks they can significantly affect the box-office of a movie with five measly stars is basically kidding themselves. The usefulness of film critics is forever in question, and it's an interesting debate – it's just it only ever seems to be debated when a filmmaker is defending their own shitty movie.

The legitimacy of the profession is never, ever raised when the shoe is on the other foot. I must have missed the basket of 'thank you' muffins that Jerry Bruckheimer sent me when I gave the first Pirates Of The Caribbean a positive write-up. On the same subject, the last three Pirates movies have all received bad reviews, yet each one went on to gross in the region of a billion dollars. Strangely, this wasn't an issue on Jerry B's agenda then.

Critics killed The Lone Ranger no more than they ensured Iron Man 3 was a huge success. A small pocket of dedicated followers may vote with their wallets depending on write-ups by a select few high-profile reviewers, but the vast majority of the bovine herds handing over their hard-earned money to see Grown Ups 2 this week won't give a shit what Robbie Collin or David Sexton or Larushka Ivan-Zadeh think. If critics had the kind of power that Bruckheimer and co claim they do, then Adam Sandler would be homeless and wanking for coins by now. 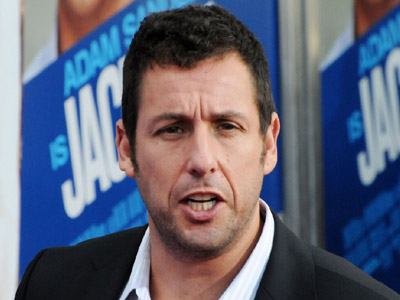 I'd still rather watch that than Grown Ups 2.


I mean, listen to Armie Hammer prattling on. "They've been gunning for our movie from when we were shut down," he says, convincing himself (but no one else) that critics were conspiring against him. "I think that's probably when most of the critics wrote their reviews." Johnny Depp goes a step further: "The reviews were probably written when Gore and I were going to do The Lone Ranger," he says. "I think the reviews were written seven, eight months before we released it." It could be just a turn of phrase they've both used, but I genuinely think both men are speaking literally. Like, we all got together in a room back in 2011 and decided that we were all going to hate on their movie. "We'd better get started on our reviews," we'd say, "Our deadlines are only two years away!"

(Adds Bruckheimer: "I think they were reviewing the budget, not reviewing the movie." This literally makes no sense so it only gets an aside. Also, this: "Critics keep crying for an original movie. You make one, and they don't like it." Sorry Jerry, but that argument's really not charring my tree.)

Adding fuel to the argument that Hammer thinks critics were "gunning" for his movie is his comment on the success of World War Z, in spite of poor reviews ("They tried to [bash] World War Z, but it didn't work"). But... doesn't that make entirely the opposite point of the one you're trying to make, Armie? That whether reviews are good or bad, it's ultimately the general public that decide whether a movie makes it or not?

This summer has been incredibly unpredictable in terms of tracking and paints a picture of a panicking industry that doesn't know up from down. For example, everyone assumed The Smurfs 2 would be as big a hit as the first, but it just flopped massively. The first movie was savaged by critics but audiences piled in regardless – could it be that no one bothered turning up for the sequel because they hated the first one? In other words, people made up their own minds. It's almost like the audience are actually living, breathing, thinking beings and not automatons who think what they're told. 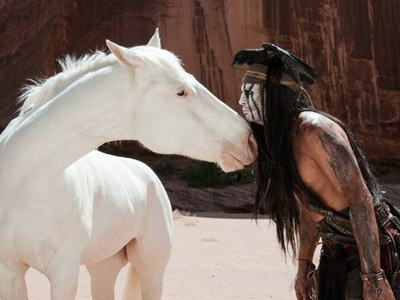 Personally I think it flopped because there weren't enough burping horse jokes.


Here are the facts. Gore Verbinski and Jerry Bruckheimer conspired to make a western that was aimed at the PG-13 market, specifically for teenage boys. Not only that, it was 149-minutes long, and it was based on a character who hasn't bothered pop culture in several decades and whose fanbase is around 60 years older than the target market. These are not reasons to give the movie a bad review. They are, however, the reasons the movie bombed. It's not that the marketing for the film was terrible, it's just that The Lone Ranger was an exceedingly hard sell.

Take Ben Stiller's The Secret Life Of Walter Mitty. I had that pegged as a mega flop. It had a massive budget, a star desperately in search of a hit and it's based on a character from 1930s literature. Then that first trailer dropped, and suddenly all of those preconceptions were blown away. That's entirely because of good creative and cleverly managed marketing. The Lone Ranger had neither of these things – the trailers managed to convince me only that my preconceptions were pretty much on the money.

Blaming critics for a film's failure is not only blinkered and downright dishonest, it's the laziest excuse in the filmmaker's arsenal. The Lone Ranger isn't a terrible movie, but it was always clear that it wouldn't have been to everyone's tastes. Pointing the finger solely at those who disliked it churlishly ignores the multitude of issues and dangers involved in producing a $200 million movie in 2013, particularly one so risky.

Spielberg and Lucas were right when they said Hollywood was in danger of imploding, because if someone like Bruckheimer still thinks he can bullshit his way out of a $150 million flop by criticising the critics, it's clear that some lessons will never be learned.

More:  The Lone Ranger  Johnny Depp  Armie Hammer  Jerry Bruckheimer  Serious Corner  Film Critics
Follow us on Twitter @The_Shiznit for more fun features, film reviews and occasional commentary on what the best type of crisps are.
We are using Patreon to cover our hosting fees. So please consider chucking a few digital pennies our way by clicking on this link. Thanks!