There are a few things in this world that I'm scared of. Horses. Moths. John Barrowman. And now, this week's catfish. Spoiler: this week's episode is like staring into the abyss and seeing all four staring back at you – but they all have your face.

Blaire met Markie, a high school student from California, on Instagram and everything seemed perfect, if perfect to you means being homeless and someone you've never met in real life talking you out of killing yourself. When the two connected online, Blaire was going through a pretty dark period; she had been kicked out of her parents' home and was sleeping in a friend's car, on the verge of ending it all. Talking to Markie gave her a sense of purpose and pulled her out of a dark time, so much so she was motivated to get a job to raise enough cash to pay for Markie to fly out to meet her in New York.

Except it didn't happen. Days before they were due to meet, Markie was kidnapped. We may as well pack up and go home, people – we've landed us a big ol' Catfish. The weirdness didn't end there: Markie called Blaire a week later from a mental asylum to end their relationship because she "still had feelings for her ex". Whether it was due to Stockholm Syndrome was unclear. To further complicate matters, after Blaire moved on and met her current girlfriend Katerina, announcing the happy news on Facebook, she got an irate call from Markie demanding she end her relationship: she didn't want her, but she didn't want anyone else to have Blaire later. Have I already done the "Psycho violins" joke this season? I feel it would be appropriate here.

All Blaire wanted was to know why: why had Markie been kidnapped, why was she so upset when Blaire got a girlfriend, and why had she invested so much of herself into helping Blaire, only to disappear?
The hook

Nev and Max's Google image search came back with no hits, which would suggest that Markie wasn't using anyone else's photos, but Max invoked the second holy catechism of Catfish (right after "Large-breasted aspiring models very rarely message single lonely guys out of the blue"): "If their story checks out, there's usually a more sinister reason underneath as to why they've not met."

Then the lid was really prised off Pandora's Box. The guys scrolled back through Markie's Facebook timeline to when she claimed she'd been kidnapped. There were posts asking people for information as to where she was because she hadn't come home, then further ones saying she'd returned. Blaire's post was also there, asking someone to get in contact with her as Markie was supposed to be on her way to meet her in New York. 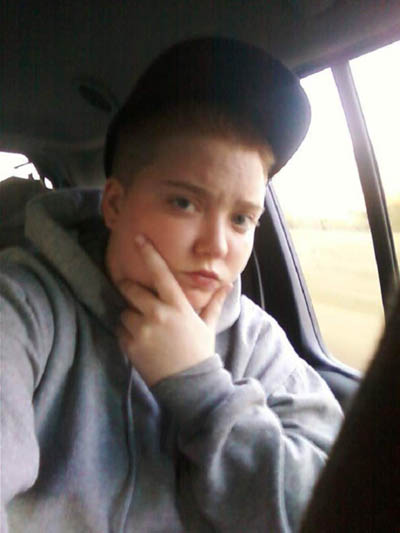 
But during the time Markie had told Blaire she was in a mental institution, Markie had updated her profile picture. The bitch. Even more weird, a friend posted on Markie's wall a week after that, "I guess this is the thread for telling lies", which Markie only went and freaking LIKED. Nev and Max seemed pretty horrified, which was pretty telling (or excessive) given all the things they've seen over four seasons.

It may have just been heavy-handed editing, but Catfish really wanted to hammer the point home that Markie was a twisted individual, using pictures of her dressed up for Halloween as a way to illustrate she had a dark side. (I really hope those pictures of me dressed up as Rose West don't ever surface.) However, Markie wasn't doing herself any favours by claiming on Instagram to have done some "really dark stuff" and using some creepy hashtags... Like, how dark are we talking here, Markie? Carving pentagrams with a compass on to your school desk? Instagramming pics of your guinea pig wearing devil horns?

Nev fired off a couple of emails to one of Markie's ex-boyfriends and a classmate, who both confirmed that she was a notorious liar and given to getting high on her own drama: she had recently been in trouble at school for bringing a switchblade to a fight. And the kidnapping thing? Probably total bullshit. Chris, her classmate, also told them she was constantly Skyping with a girlfriend, even though she'd told Blaire she didn't know how to video chat.

Perhaps not surprisingly, Blaire was shocked and upset by all the information uncovered, worried that she was simply a target for someone who got off on hurting people. Nev eventually called Markie to persuade her to meet with Blaire, because clearly arranging to meet up with someone who took a knife to school is a perfectly safe thing to do. Markie was hesitant at first, but eventually agreed to give Blaire some answers.

In California, Markie started to dick everyone around – she didn't answer her phone and her voicemail was a bitchy message saying not to bother leaving her anything, as she probably won't listen to it. Max was so incensed by her behaviour he wanted to hunt Markie down for sport, but it inspired Nev to go on an old-fashioned stakeout and reel her in.

A drive to the address registered to her phone proved fruitless, as it was a strip mall in the middle of town – yes, she even lied about her address. What other depths would she sink to?

As the crew drove around looking for the dark lord roaming the streets of her home town, Blaire remembered that she'd seen pictures of Markie's house and that her dad drove a red truck. Using the dark art of technology, Nev came up with the idea of using the geo-tags from her pictures online to determine her address. I had no idea they could do this, so again I just want to say I really regret the whole Rose West thing. Max told Blaire to keep in mind that Markie was probably more nervous and scared to meet her than she was, but then that's the same advice you're told should you ever encounter a snake.

They turn up to her house and meet Markie's dad, Mark. Markie. Mark. You can put your own Funky Bunch joke in here. Mark told them Markie left a few days ago with some friends, and he hadn't seen her since then. Blaire walked away on the verge of tears, frustrated that she was no closer to getting the answers she wanted. Nev relayed to Blaire a bitter message to leave on Markie's phone, "We came for you, but you're not here, so we're going." Liam Neeson's lawyers prevented Nev from adding "we have a particular set of skills. Skills that make us a nightmare for people like you. We will find you, and we will kill you."

After they'd hung out in a local park for an hour, Markie finally got in contact and said she was coming straight to meet them. When she and Blaire eventually met, Markie was super-excited, much to everyone's surprise, but something was off. As Max recounted her kidnap timeline back to her, Markie's cold, dead stare out-and-out gave me the creeps. 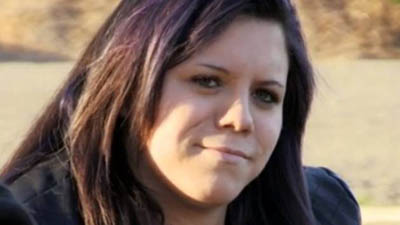 
Her explanation put her straight into the Catfish Hall of Fame: "'The Man' didn't kidnap me, he persuaded me to go with him, because of issues... I had a dream I went to New York and I died. I told him and he told me if I didn't confess everything I would die." And so she said to do whatever she could to keep her and her family and go and hide out in the mountains with this dude.

When pressed as to who "The Man" was, Markie said she wasn't able to let out names (maybe Beelzebub wasn't plausible enough?). A confounded Max exclaimed, "It's a terrible story", but was that that's because he sympathised with her or thought she was a Billy Bullshitter? It was obvious, really...

Changing tack, Nev brought up the thorny issue of Markie's history of lying, to which she replied that she "tries" not to lie to Blaire. Suddenly, she reached for Blaire's hand and just when it looked as though she might apologise for everything, she started to tell Blaire she loved her, she wants to be the one Blaire comes home to, she wants to get married... It was too much for Nev, who demanded she stop reading from her psychotic script and be real for once. Hold on to your phones.

Max and Nev leave Markie and Blaire to talk alone (but with cameras, obvs). Blaire asks her how she feels, and why she just fell off the face off the earth and not be honest with her. Markie attempts to emotionally manipulate Blaire, but Blaire just wants honesty. She needs stability, and can't deal with lying. She issues an ultimatum – she will remain friends if Markie stops lying. DON'T LOOK AT HER DIRECTLY BLAIRE, SHE MAY TAKE ON OTHER FORMS!

Catching up with Markie later, she appears to be a completely different person. She's in therapy to help curb her compulsive lying and is still in touch with Blaire. We are left none the wiser if she's been diagnosed as a full-blown sociopath or if she's soon to become Satan's bride.

Blaire has no more romantic feelings for Markie, presumably because she managed to destroy the cursed amulet poisoning her emotions. She's moving to another state with her girlfriend and is focusing on getting some stability into her life. Everything appears to have worked out well, but I can't help but feel there's still a dark presence out there, and I'm not just talking about the return of Sassy Nev.