"Muuuuuu-uuummmmm, noooo!" That was the background noise to my formative years. To this day my mum still insists on grabbing my hand when crossing the road and takes great delight in telling all and sundry about whatever embarrassing ailment I may have. But not even she would have the stones to use TV to "teach me a lesson." But then my mum's not Aurora from Texas.

Aurora took parenting to a whole new level when she contacted Nev and Max on behalf of her son Steven. Instead of planning for college, young Steven wanted to move to California to be with Samm [sic] whom he'd met online six months ago.

As well as taking an unhealthy interest in her son's love life, Aurora apparently really wanted to humiliate him in front of THE WHOLE WORLD and inform everyone that he'd already been catfished and hence she was worried Steven was too gullible to notice it was happening again because he'd never dated anyone in real life. She was literally moments away from ending her email with "My son doesn't need a girlfriend: I'M his girlfriend."

Hands up who thinks it's his mum right now? And now how weird is to wonder just how far she's gone to teach her son a lesson?

Steven and Sammm met through Twitter, and texted each other every day. They had only talked a few times on the phone but Sammmm had helped Steven through a bad period when he was having trouble focusing on his wrestling. That's 'murica, right there. They had spoken on the phone a few times, but had never Skyped BECAUSE IT WAS OBVIOUSLY HIS MUM. 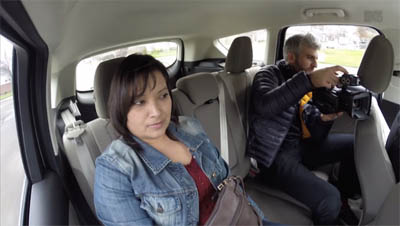 "And then there was the time he showed his winkie to another boy at playschool, oh come on dear, everyone's got one, it's nothing to be ashamed of..."
The hook

Sammmmm had caught Steven's attention because she was apparently big into wrestling, although after staring at some blurry footage on YouTube, Nev and Max couldn't be 100% certain it was the same girl in the two photos Steven had of her. They considered it a good sign that Sammmmmm had publicly declared her love for Steven on Twitter, but then what loving mother wouldn't?

Unable to dig up much dirt online about Sammmmmmm, Nev and Max reached out to her friend Erick, who told them that Sammmmmmmm and her friend Jasmine used to share a phone in high school, meaning it would have been easy for Jasmine to access Sammmmmmmmm's social media profiles. A look at Jasmine's Twitter feed showed a girl who had a lot of issues and was unhappy with her life, but also hinted at the fact she was "living a lie"; could she have actually been the one Steven had been talking to?

Presenting their evidence to Steven and Aurora, even he admitted there was a possibility that he'd been talking to Sammmmmmmmmm's friend all this time, given the fact she was reluctant to video chat and Jamsine's tweets were similar in tone to the messages Steven had on his phone. He admitted he'd be hurt if turned out to be the other girl, but he was so involved emotionally now he couldn't back out, much to his mum's disgust.

Nev finally put in a call to Sammmmmmmmmmm, who was reluctant to answer, and then eventually admitted she had been lying to Steven and it was time to meet. So after Aurora packed some clean undies and his favourite toy for Steven, they were off to California.
The catch

On the way to Sammmmmmmmmmmm's house, Steven was still holding out that the hot wrestler girl of his dreams was waiting for him. And it turned out – it was actually her! But what has she been hiding? Aurora hung suspiciously in the background as we waited to find out what Sammmmmmmmmmmmm's big secret was – had it actually all planned by Aurora? Had she paid Sammmmmmmmmmmmmm to seduce her son online? 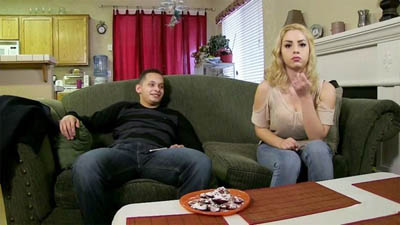 
In fact, it turned out to be nowhere near as interesting: Sammmmmmmmmmm revealed that she had been talking to other guys online at the same time she'd been telling Steven she loved him. Big whoop. She'd since cut all ties with the other dudes and was now focused on starting something real with Steven, who immediately forgave her and not even a tornado could wipe the fucking grin off his face. Even Aurora looked pleased.

But 24 hours later it was a very different story, for the very next day Sammmmmmmmmmmmmmmm dropped Steven like he was hot. It turned out actually meeting Steven had turned her off, because as soon as he asked if there was a future for him, Sammmmmmmmmmmmmmmmm immediately dropped him into the friendzone because she couldn't match him up to the texts he'd sent. She was ready to focus on her wrestling and college ('Murica) and didn't want to be in a relationship.

You could actually see the exact moment Steven's heart broke. Being the somewhat green but nice young chap he is, Steven told her he didn't see a reason for him to be in her life, so he sloped off back to mummy to tell her she was right all along.

Sammmmmmmmmmmmmmmmmm and Steven were still in touch, although not romantically, and had even wrestled each other (although whether Aurora watched was not mentioned). I had my suspicions Steven was now supporting a few Nigerian princesses, and he looked happy enough, even when Aurora appeared and spat on a napkin to clean his face. I really wanted it to be her, I really did.