Guys, I'm starting to worry there's trouble in paradise. Max and Nev are bickering in the opening to this week's Catfish, after we've been waiting so long for them to come back. Maybe they're in a rut; maybe Max's head has been turned after working with Zac Efron, I don't know. Please don't let this be the end, guys. We've been through so much together. Consider this an open plea to not split up.

Tiana, a 21-year old single mother from North Carolina, reached out to Nev and Max despite only ever watching one episode of Catfish and not knowing who was Max and who was Nev. Tread carefully Tiana, you're in my dojo now. What have you done to deserve being on this show?

Tiana met James way back in 2012 on MySpace – how quaint. I assume they used MySpace because they found semaphore far too radical, which might go some way to explaining why in that time they had never video-chatted, let alone met in person. James, a mechanic, claimed it was because his camera was "raggedy" – or maybe it's because he was worried the lens would steal his soul. MySpace? Really? It had taken a long while for Tiana to even see a photo of James, as his profile picture was of a cartoon duck. As ever with Catfish, seemingly insignificant details will be revealed to have a great significance later on.

However, in the entire time the two had been dating, Tiana had never revealed to James that she was the mother of a little girl called Journi, on account of the fact he had told her he didn't want or even like kids. Hashtag Catfish double-cross. In case there was ever any doubt this was a true love connection, Tiana had even moved across the county to be closer to James, but he had stood her up on more than one occasion. Girl, he's just not that into you.

The duo go to visit Tiana and she's still confused as to who is Max and who is Nev, which begs the question why she would write into a show she's barely seen. Also, the baby is not around and is "at a friend's house". Is the baby the catfish? You can never trust anyone. 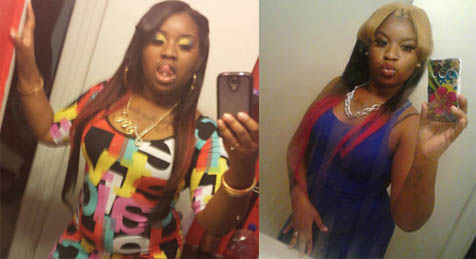 This is happening. Deal with it.
The hook

Tiana shows Nev and Max (or is it Max and Nev, she can't tell) the pic James has sent her of "himself", which are clearly professional shots. After Nev points this out, Tiana just says, "That'd be good, if he was famous", as if it's never crossed her mind before and it could be a possibility a semi-famous rapper (they're always rappers or models) was just simply posing as a self-employed mechanic to test the purity of her love. She really hasn't seen an episode of Catfish, ever.

A rather sad and tired-looking Max and Nev trudge off to use Google image search, and discover James's pictures are of a rapper called TipsyMcStagger, or something (I don't remember, it was too ridiculous). Finding his YouTube videos, it's obvious this dude does not have a raggedy video camera, so they figure they can show it to Tiana who'll be able to figure out whether it's the guy she's been talking on the phone to.

Tiana had taken James's word that he wasn't on Facebook, so immediately Nev typed his name into Facebook search. There were a few profiles with the same name but – duh, duh, duhhhhhhhhh, there was crucially one with a picture of a cartoon duck. A CARTOON DUCK, PEOPLE! LIKE EARLIER!

The coincidences didn't stop there, as this James also worked at "self-employed mechanic". His photos were not of the Tipsy rapper though, but rather what could possibly be cleared stock photos that come up when you search for "serial killer". Max could barely contain his glee at them possibly finally finding "a 50-year-old pervert" who is "the picture of who you fear you might actually be talking to" as they look over badly-Photoshopped pictures of a bald guy in front of various cars (and wearing funny hats, at graduation, etc).

At a kids' gym, Nev and Max present their findings to Tiana and also her "Best Friend" Aisha, who they have an in-depth chat with, which gets my Catfish whiskers tingling that she's given such prominence. Far from being the supportive type you would expect, Aisha makes it very clear she thinks this is all some kind of bullshit, and that's even before Tiana admits she's never told James about her daughter.

Tiana admits that she knows nothing of her boo's supposed hip-hop career, and when shown Tipsy's video confirms that he doesn't sound like the man she's been speaking to. As they move on to the Facebook profile, Aisha seems to be unaware of the huge smoking gun that is the significance of the duck picture. She points out James's MySpace was of Daffy Duck, but this picture is clearly of a different duck altogether. Max is incredulous that this revelation isn't shocking to her.

What she does find shocking is the guy from Facebook who may or may not be the man she's been talking to and who may or may not want to wear her skin as a dress. Tiana starts to become upset when Nev tells her what they do know for sure is that the TippyCup rapper is not who she's been talking to. Aisha strengthens her Best Friend credentials with a withering "Don't start crying now, you've been talking to this man for three years, you should have already known him."
The catch

The next day, Nev and Max drive Tiana AND FOR SOME REASON AISHA to the address James has given them. As they pull into a mechanic's garage, Aisha suddenly develops Tourette's and/or is too excited to wait for her mark, squealing, "This is Ricky G's shop! He's my baby daddy's cousin and he's a rapper and he works here!" I know Catfish is 'constructed reality', but you would have thought the producers would have asked if they could just film that bit again, only this time not to give the entire fucking game away.

Nev asks Tiana if she knows Ricky G, which she doesn't, in spite of Aisha insisting that she would know a song he did for the local radio station. Before anyone can stop her, Aisha raises the possibility that Tipsy the rapper may know Ricky G, which Tiana gives a secret smile to – even though she obviously knows better.

The garage door rolls open and once again Aisha rushes her cue and starts flipping out – for the awkward-looking mechanic in spotless overalls who has opened the door is her Baby Daddy, Trez. Tiana is clueless as to who Trez is. How are these two friends? What do they talk about if Tiana doesn't know who the father of her friend's kids is? It's obviously not Catfish. 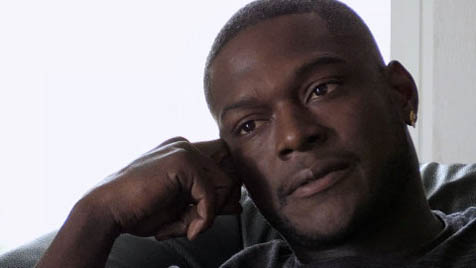 "Can we hurry this along? I've got to get this Datsun out by four."


Trez had met Tiana at a party years ago, although Tiana claimed adamantly she did not know who she was. He had lied about his online identity knowing she was friends with Aisha, not wanting to cause any drama. And they let this guy work on people's cars.

Aisha was upset because Trez was still very much in her life; although they weren't in a relationship he still got between her and any guy she tried to date because he didn't want her to be with anyone else. Oh, and in addition to the child he had with Aisha, Trez also had seven others. Having eight kids would probably make me hate children too.

During the post-confrontation confrontation, Tiana is at first offended but then melts as soon as Trez calls her pretty, but says it would be hard for her to be in a relationship given his connection to her best friend – the best friend who didn't exactly support her and who never once revealed the name of the guy who she was possibly hoping for a reconciliation with.

Tiana didn't feel comfortable introducing her friend's baby daddy to her baby baby, and had pretty much stopped communicating with Trez. Apparently, Aisha was jealous of their relationship and she and Tiana had fallen out because she was still convinced Aisha and Trez weren't in together on the whole thing. And not because Aisha still had feelings for him. (*rolls eyes*)

Aisha confirmed that she and Tiana were no longer friends, but her side of the story was that perhaps it was Tiana and Trez doing all the deceiving. Trez declined Nav and Max's requests to video-chat – because his camera's raggedy, idiots!

Still no word on how Nav and Max are doing though. I can only hope they've managed to work through their differences before the next ep.