This week's episode of Catfish comes from Third Earth, when Nev and guest host Alex Shaffer answer a distress call from female Thunderian noble Chitara, whose precognitive sense has warned her that a tabby she has been communicating with may not have been an actual ThunderCat.

OK, so it's not, but that's not going to stop me from making as many ThunderCats references as possible, based on the fact that this week's Catfishee is called Chitara.

It's not been a great run this series – a lot of heartache and not many love matches. Will Chitara's story buck the curve? Unfortunately not.

Chitara was a 28-year-old mum of two when she met 22-year-old Priscilla on an online dating site. The two immediately hit it off but despite living in the same city, Priscilla was always busy when Chitara suggested meeting and had an excuse as to why she couldn't video chat. Was this another of Mumm-Ra's nefarious schemes? Was she being ... ThunderCatfished?

Their relationship came to an abrupt end when out of the blue, Priscilla told Chitara her mum had died (a common Catfish tactic to end relationships) but then struck the ultimate blow by saying she had fallen in love with a man and that she had lied about her feelings for Chitara the whole time; this was especially heartbreaking for Chitara as it was her relationship with Priscilla that had led her to coming out to her family. Luckily they were happy for her, but things could have turned ugly and Chitara wanted to know what had happened to the girl who helped her turn her life around. That, and finding out where Panthro had parked the ThunderTank. 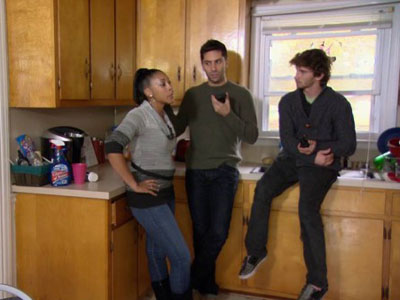 "Sorry, could you not sit on my sink, please? Jesus."
The hook

Looking through Priscilla's online photos threw up a blank, so Nev and Alex perused her dating profile instead. There they discovered a girl called Kiloni had constantly posted on Priscilla's page, mentioning something about how "Ovoo last night was too much". Fortunately, Ovoo wasn't a reference to something from the dark side of the net and is actually a video-chat service, so had Priscilla and Kiloni been speaking in real life?

A search for Kiloni returned hundreds of apparently fake Facebook profiles, meaning there was a good chance her dating profile was a fake too. Alex pulled things into focus when he revealed that there was a girl at his high school who had created tonnes of fake accounts that all interacted with each other. The answer to the Priscilla problem was there in front of them: both dating profiles for Priscilla and Kiloni were created at the same time, and they had been active on the site at the same time.

Shocked at these revelations, Chitara agreed it was time to call Priscilla and ask her what in the name of Plun-darr she was up to. Initially Priscilla ignored Nev's texts and called Chitara, telling her she just needed to move on and leave this all behind her. This didn't cut it with Nev, who eventually persuaded Priscilla to meet with them.
The catch 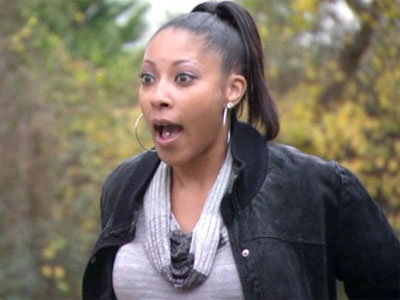 
Chitara struggled to keep her bo staff under control as Ashanti displayed a complete a lack of remorse for playing her along, claiming "My way of telling you I was a catfish was my telling you I wasn't a catfish. I assumed you knew." Oh, and her mum wasn't actually dead. And she had been catfishing people since she was 13.

Much like X Factor, there had to be a sob story in there somewhere, and Ashanti revealed that five years ago she was briefly separated from her mum and so used the fake profiles to escape her life for a while. Chitara eventually got her apology, but was so over this already.

Chitara had given up on dating for a while to focus on her children, but was keen to point out she hadn't kept in contact with Ashanti. In a twist that surprised absolutely no one, Ashanti had refused to give the producers an update, although the Priscilla account had disappeared from online. However, Mumm-Ra still remains elusive.

Next week: Max is back – rejoice!