Everything is right in the world and I am overjoyed.

Felipe was a single dad who contacted Nev, ready to meet the woman of his dreams. Shall we count the ways she was obviously a Catfish?

Jasmine's online connection with him wasn't enough to cover the holes in her story. Max immediately called it: she was likely to be a Jas-MAN more than a Jas-min. This was going to be a hard episode to watch, not least because Felipe had an annoying nasally voice that sounded like he badly needed to blow his nose. 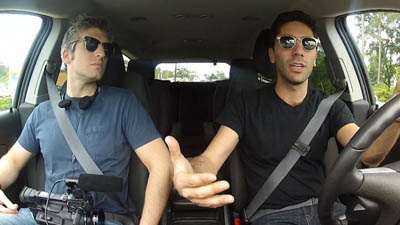 Now we're back together, together, I want to show you, my heart is oh-so-true.
The hook

It took less than a minute for Nev and Max to crush Felipe's nasal dreams of one day marrying Jasmine-with-the-jugs. A quick Google image search revealed pages and pages of similar online accounts with the same photos; "Jasmine" was in fact Paris Roxanne, an aspiring young model who herself had been used as Catfish bait in an incredibly complex scheme to blackmail an NBA player.

A Canadian woman had managed to filter messages between Paris Roxanne to basketball player Chris Andersen and after they had hooked up in real life, used the fact that Paris Roxanne was only 17 at the time to extort money from Andersen. That would have been one hell of an episode.

The guys Skyped Paris Roxanne, who was aware of all the other fake profiles but lamented it was too far gone now for her to just take her photos down. To properly stamp on Felipe's fantasies of settling down, Paris Roxanne recorded a message to let him know she is not the person he was talking to. After watching, Felipe headed off to the woods to howl at the sky.

What followed was the most audacious behaviour ever displayed by a catfish; after Nev messaged the Jasmine account, they had the nerve to ask for proof that Nev is the one who is who he says he is. Bitch, please. The hairy side of Max's claw-hand is your proof (although I would like to make it clear I do not condone violence in any form). Keen to keep the catfish on the line, Nev sent a photo and "Jasmine" relented, agreeing to meet up. At the agreed spot in a nearby park, a man and a woman pulled up and Felipe immediately recognised Alex, a woman he had dated few months ago. Was this a classic case of catfish-revenge? 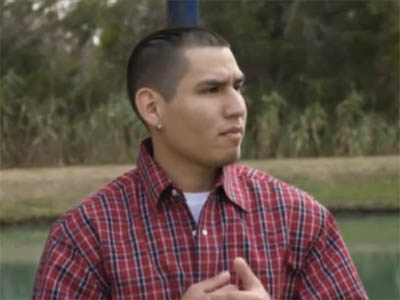 CATFISH DOUBLE BLUFF! Alex wasn't there as a vengeful ex-girlfriend, but as a supportive friend, as "Jasmine" was actually her companion, Luis. In a plot more convoluted than any Wachowski film, Luis had created the Jasmine account – in a completely non-gay way, he was keen to stress – and begun messaging Felipe (as well as countless other men). A few months later, Alex and Felipe started to date but she broke it off after discovering Felipe was still talking to a girl online – Jasmine. Upset and hurt, she turned to her best friend Luis who had to admit that he was in fact "Jasmine". But totally not gay.

There was another sting to come, however: Luis had only set up the profile as a way to prank people to help him come to terms with the fact he had been molested as a kid by a teacher. Things had got dark reaaalllll quick. Fair play to Luis for opening up about such a horrible thing, but clearly building fake profiles and exploiting other people's vulnerabilities wasn't the way to go.
Two months later...