Nev and Max are back! That's Nev and Max: not Nev and some random from YouTube; not Nev and a "musician hip-hop rapper artist", Nev and MAX. Just like God intended.

Just when I thought I'd given up, they reeled me back in with a Catfish ménage a trois. Both Dejay and Malik had claimed to be in an online relationship with a Josiah from Philly and, both unaware of each, had contacted Catfish at the same time. What are the chances? And could Catfish sustain this level of duplicity?

According to Nev, it was only a matter of time before they found a serial Catfish, and have both targets contact them simultaneously. The investigation kicked off with Dejay, who insisted he and Josiah had been in a relationship for seven years and had a bond, even after Josiah admitted he'd sent someone else's pictures initially. Fortunately, after coming clean Dejay still liked what he saw in Josiah's new pics – again, what are the chances? To help aid Nev and Max with their sleuthing, Josiah had been so helpful as to have been born with a birthmark under his right eye so they'd be able to identify him later. WHAT ARE THE CHANCES?

When pressed further to confirm his identity and potentially meet up, Josiah shut Dejay down and blocked him on Facebook. Immediately discounting that there could possibly be two Josiahs in Philadelphia who happened to be in online relationships, Nev let Dejay read Malik's email, whose experience was apparently eerily similar to Dejay's, even down to being blocked on Facebook. Is that seriously what we're basing it on? Last series it came down to a picture of a cartoon duck, ffs. 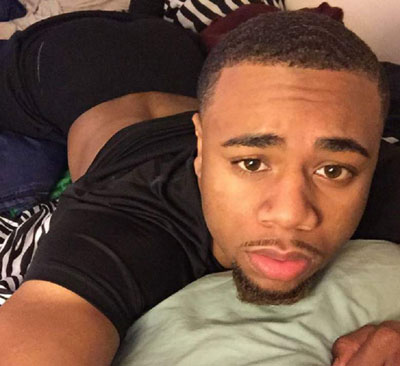 A Portrait of the Catfished as a Young Man

At Dejay's house in Missouri, Nev calls Malik and lets Josiah read out Josiah's phone number to see if it's the same person. It's unlikely that the Catfish producers would have let the investigation get this far without it being so, so let's just all do our best shocked faces and move on. Although it's not established which pictures Malik saw of Josiah, it's clear they've both been romanced by the same Josiah from Philly, and both thought they were his one and only.

Dejay is keen to compare notes with Malik, and get some answers, as according to him, his "first love is now my first cheat. Seven years of my life I can't get back because you like to play games. This ain't Nintendo." Because if it was, I'd just Konami code the shit out of this and skip straight to the end.

They meet with Malik who, had this been series one, would have been the guy in Josiah's photos. Sadly he isn't, but he and Dejay agree not to be mad at each other which lasts all of, oooh, five minutes when Malik reveals that Josiah was in another relationship with another man, but when confronted Josiah shuts him down. Typical Josiah. But Malik was still in love with Josiah and was certain he was going to move in with him. This is a bit more drama than Dejay can handle, who immediately storms off.

Then Malik drops the mother, or should that be the father of all bombs: Josiah also had had a baby two years ago. WHAT ARE THE CHANCES?

It's time for the call, and about time Nev and Max step up, because they've literally been doing nothing this entire episode but pass the phone between each other. Josiah is slightly evasive and not keen for them all to land on his doorstep in Philly – the exact kind of response you would expect from someone with nothing to hide. He agrees to drop everything and come to Malik's the next day. What are the chances, etc.
The catch

Because this is 'Murica, they all sit on Malik's porch and wait for Josiah to turn up. No one appears to be particularly convinced he'll arrive, when a taxi parks up and ... oh, it's the dude in the photos with the birthmark. WATC, guys?

It's a sign that Catfish the series has gone full circle that it's actually a surprise when the person in the original photos rocks up, but given that we've not been introduced to anyone else this ep, who else could it have been? After a frosty reception, Josiah refuses to speak to Malik and Dejay at the same time, saying that they're different stories. So naturally Nev just steams in demanding answers, since he's got to justify being there.

Josiah offers little, other than Malik and Dejay were definitely, probably, the only guys he was talking to, and the reason he couldn't Skype was because his in-real-life boyfriend would find out. And yeah, he has a kid but he isn't really going to talk about that. At this point, you probably could say Josiah isn't necessarily a true catfish, and that Malik and Dejay have just been the victims of an out-and-out douchebag. 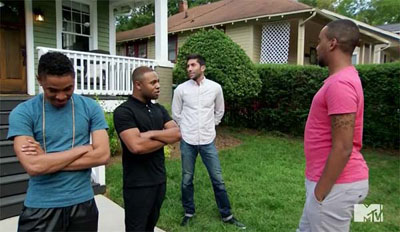 "I'll level with you guys: the same person from the photos has never showed up before. I'm not sure where we go from here."


Malik takes over the line of questioning and asks Josiah why he lied for so long, who vaguely admits it was due to a "special connection with y'all." Nev tries to dig deeper into this “connection”, and opens a whole can of worms. "I love both of them," Josiah replies, "I mean, I might love one more than the other, but I love both of them." Managing to keep a straight face, Malik pushes him further and Josiah reveals he loves Dejay more. Ouch.

Josiah offers up a not-very-convincing apology, which leads to everyone shouting out on the street and before long, he's called another Uber, despite just getting there, and he’s off.

But of course, Malik and Dejay need some sort of closure, and by Malik and Dejay, I mean me. Josiah is persuaded to return the next day, but agrees only on the condition he can talk to Malik and Dejay separately. First up is Malik, who wants to know why they aren't going to move in together after all. For Josiah, it's simple – they were never in a relationship. It quickly descends into another slanging match, and Josiah continues to act like an absolute douche by telling Malik he is "dismissed", in Malik's own house. Oooh, he's a slippery one.

Once again, Josiah's about to do another runner until Nev persuades him to talk to Dejay; you know – the one he likes. Except things don't go that much better. Dejay's not sure he can believe anything Josiah says, and is dismayed that Josiah refuses to talk about his son. Eventually, after much handwaving and shouting, Dejay decides he wants to be the one who stomps off first, but when Nev tries to calm the situation down, Josiah decides he's going to flounce off too. This is exhausting.

Somewhat unbelievably, Josiah doesn't want to part on bad terms, and another post-confrontation confrontation is set up at Malik's the following day. Despite the bad blood, Josiah hopes to still remain friends with both guys, but neither seem convinced he's learned anything form this entire sorry saga. Nev jokes about "whatever happens next is another TV show"; I'm not sure there's enough life left in this series, Nev.

Malik blocked Dejay on Instagram – hands up who thought these two might get together after all this? Dejay stayed in touch with Josiah however, and they may have touched each other after filming. Oh, Dejay...

Josiah is still in the same relationship he was in which prevented him from Skyping, but prefers being with just one person. Apparently his boyfriend was cool with everything that went down. Surrrrreee.

What are the chances things will pick up for the rest of the series?