Dear Hollywood, here is a film I would allow you to remake

It seems like the only movies getting reboots lately are ones that were pretty good to start with (Dredd, I guess, being the exception). Surely the whole point of rebooting something is that you bring it up to date, give it a new spin and improve on the flaws of the original in a new and exciting way? With that in mind, I look to Hollywood to remake Stay Tuned: the TV satire that's gasping for a 21st century upgrade.


Remember: trailers didn't necessarily have to make sense in 1992.


1992 family comedy Stay Tuned is a high concept movie with a great pitch: a man and his wife get sucked into their new cable TV where they have to survive hellish variations of their favourite shows to survive. Roy and Helen Knable (John Ritter and Pam Dawber) find themselves playing game shows you can't win, getting body slammed in wrestling matches and avoiding a grisly death in cartoon form. It's less a film, more a series of satirical skits based on the burgeoning cable TV market - back when 100 channels seemed like a lot. 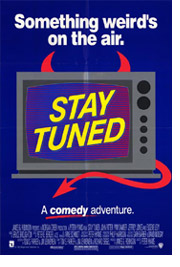 It's not a perfect film by any stretch of the imagination, and I haven't seen it for around 15 years so I could be way off, but from what I remember, the movie moved so quickly it didn't give you time to be bored. It was the cinematic equivalent of a sketch show: a cavalcade of mildly amusing set-ups in quick succession. With retrospect, the only downer was the hiring of Jeffrey Jones as Satan, but hey, they weren't to know what he was getting up to off set. (Hint: you're not allowed to broadcast it on TV).

It's quaint to think that audiences considered cable television circa 1992 to be so overwhelming. Just imagine a remake set in the digital world of TV. An updated version of Stay Tuned would be set in the modern day, with the 21st century's full, bewildering array of home entertainment on offer: reality TV, talent shows, celebrity networks, entire channels dedicated to Jesus and mops and Kardashians. The potential for satire is endless.

Speaking as someone who generally avoids TV nowadays as it's like opening a portal to a world of shrieking idiots, I can honestly say that my own personal Hell would involve me being trapped in a nightclub with the cast of Jersey Shore, or having Piers Morgan judge me. A remake of Stay Tuned satirising the worst of modern telly genuinely appeals to me, because it's a great chance to play up its worst elements. 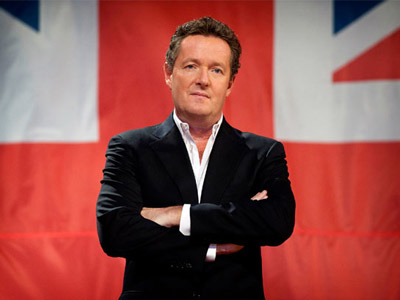 
It shouldn't be hard to jazz the concept up for modern audiences. Rather than have an uncool husband and wife duo sucked into the televisual vortex, you have two cool kids: a savvy, square-eyed, teenage boyfriend and girlfriend, separated by a thousand channels of chaff. The gulf between quality programming and utter trash is now wider than ever before, so there's no end of different worlds in which they could end up. Instead of a registered sex offender as your movie's villain, have, I don't know, Simon Cowell or someone. I'm just spitballing here, you guys.

Of course, there's a danger that such a broad televisual landscape - with easy targets on every channel - could see the film become an out-and-out spoof: TV Movie, in the same vein as Scary, Epic, Date, Disaster and so on. That shouldn't be. More than any other medium over the last 20 years (the internet doesn't count), TV has changed beyond recognition - it's almost beyond parody but not quite. Frankly, it's ripe for satire and there hasn't been a genuinely great movie about TV since The Truman Show.

So come on, Hollywood. Let's get a Stay Tuned remake in development. If nothing else, think of all the product placement money you can make from it. I'll even allow the one you call 'Snooki' a cameo if it helps. 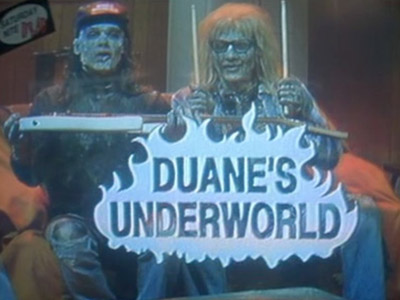 Lets face it: you can probably do better than this.
More:  Stay Tuned  Remakes  Bad Ideas  Wait What  Serious Corner
Follow us on Twitter @The_Shiznit for more fun features, film reviews and occasional commentary on what the best type of crisps are.
We are using Patreon to cover our hosting fees. So please consider chucking a few digital pennies our way by clicking on this link. Thanks!