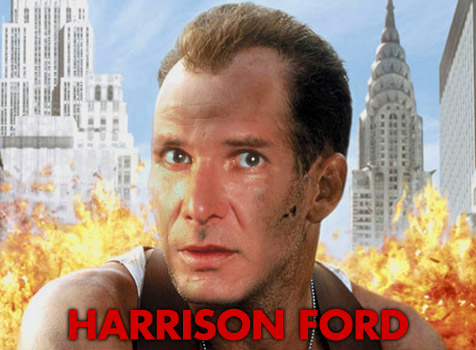 "I just want my motherfucking family back."

Die Hard With A Vengeance was adapted from original story Simon Says by writer Jonathan Hensleigh. According to Hensleigh, Samuel L Jackson's character Zeus was written as a woman, but the first hour of the movie is almost "word for word" his script, save for the character names.

Simon Says was earmarked to become a Lethal Weapon sequel before it became Die Hard With A Vengeance. This is notable because Mel Gibson was offered the role of John McClane before it finally went to Bruce Willis.

When the third Die Hard movie was in its infancy, it was to be based on a spec script called Troubleshooter, which saw terrorists take over a Caribbean cruise ship. It was ditched after Steven Seagal's similar action epic Under Siege was released, and all the writers killed themselves because they could never hope to write a film as good. 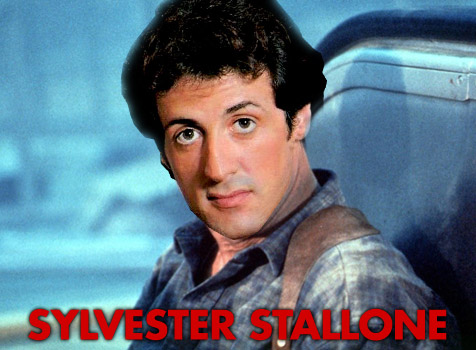 Another unused plot for Die Hard 3 eventually ended up being used for Speed 2: Cruise Control. John McTiernan apparently rejected the idea of "doing it on a boat". Hurr. Hurr hurr. "Doing it".

In 1993, John Fasano wrote a treatment for Die Hard 3 which saw John McClane go up against terrorists who had hijacked LA's subway system. Bruce Willis rejected it, because he's Bruce Willis.

Laurence 'Don't call me Larry' Fishburne was the first choice to play Zeus Carver, but turned it down. Ironically, Samuel L Jackson turned up to his Pulp Fiction audition and was told by one of the producers: "We love your work, Mr Fishburne."

After finishing the script, writer Jonathan Hensleigh was detained by the FBI who were curious as to how he knew the ins and outs of the Federal Reserve in downtown Manhattan. Hensleigh simply replied he'd read about it in the New York Times. Thank goodness the real FBI aren't total idiots like they are portrayed in the Die Hard movies, huh? 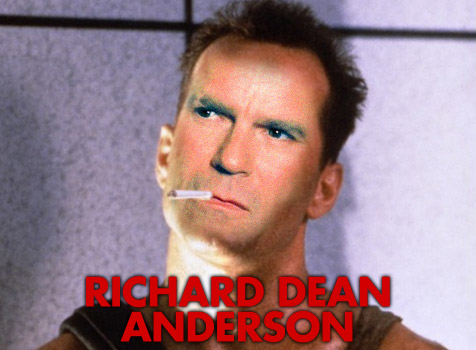 Ho ho ho: now he has a paperclip, bubblegum and some baking soda.

Actress Sam Phillips, who plays bad girl Katya, began her career as a singer of contemporary Christian music. In case you missed her role in Die Hard With A Vengeance, she brutally slits a guy's throat with a karambit knife, shoots her terrorist boyfriend in the head, then fucks Jeremy Irons.

Sean Connery was the first choice to play Simon Gruber, but didn't fancy playing a villain (that role in The Avengers just spoke to him, man). David Thewlis was next in line for Grubes Junior but was ultimately replaced by Jeremy Irons, who'd just won an Oscar, don't you know.

Initially, nervy studio executives requested that Hensleigh removed the scene in which John McClane is forced to wear a sandwich board that reads "I HATE NIGGERS" in Harlem. Hensleigh refused and threatened to take his script elsewhere until they relented. The TV edit for Die Hard With A Vengeance replaces the offending N-word with "EVERYBODY". Oh my God, that guy's crazy, he hates everybody!

The alternate ending to Die Hard With A Vengeance sees John McClane play rocket launcher chicken with Simon Gruber, which is totally a thing. It's not very good, you can watch it below.

Die Hard 4.0 - known as Live Free Or Die Hard in the States - started life as a story called WW3.com and was based on a Wired article by John Carlin called 'Farewell To Arms'. This means A Good Day To Die Hard is the first movie in the series to be written as a Die Hard movie from the ground up.

Britney Spears apparently also displayed an interest in playing John McClane's daughter, even going as far as shaving her head and getting into the spirit of things by threatening to beat up a paparazzi with an umbrella. Just my little joke. But she was attached to the role at one point.

Die Hard 4.0 director Len Wiseman is physically incapable of making a movie without his wife, Kate Beckinsale. Unable to cast her as Lucy McClane or Maggie Q's "Asian hooker bitch", he instead spliced one frame of her into the opening credits. (*pussy-whip noise*) 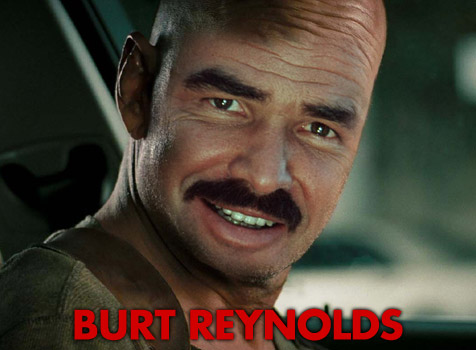 He will slap the evil out of you.

A shot of Thomas Gabriel's file on John McClane reveals his birthday to be May 23rd, 1955. This is the day in history when the Presbyterian Church began accepting female ministers, which explains John's delightful attitude towards women in Die Hard 4.0 (see "Asian hooker bitch", above).

Die Hard 4.0 is the only Die Hard movie that makes no reference to the events of the first movie, previously referred to as "the Nakatomi situation" and "that thing in LA". Incidentally, in the film, Nakatomi Tower is 35 storeys high, but in real life, Fox Plaza only has 27 floors. Count 'em.

In Die Hard 4.0, John McClane picks up one of Matt Farrell's G.I. Joe toys and mocks the hacker's affinity for playing with action men. Little did he know that just five years later, Bruce Willis would be playing the original G.I. Joe in Jon Chu's movie sequel, G.I. Joe: Retaliation.

As well as being the actress who plays Holly Gennero/McClane, Bonnie Bedelia is Macaulay Culkin's aunt, which is why Home Alone is often called 'Die Hard in a House with a Kid'. 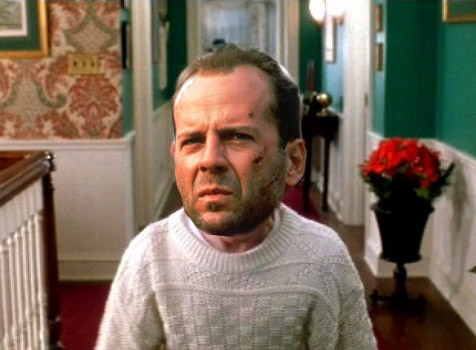 More:  Die Hard Week  Die Hard  Bruce Willis  A Good Day To Die Hard  Alan Rickman
Follow us on Twitter @The_Shiznit for more fun features, film reviews and occasional commentary on what the best type of crisps are.
We are using Patreon to cover our hosting fees. So please consider chucking a few digital pennies our way by clicking on this link. Thanks!
« Previous Page