Dixon: BBC defection down to "culture of cruelty"


This weekend ITV announced a new recruit to their collection of former players made to humour Adrian Chiles: former Arsenal right-back Lee Dixon. Dixon has spent the past five years as a studio pundit for the BBC, offering his analysis on games such as Stoke vs Blackburn, Norwich vs QPR and even Togo vs Papua New Guinea.

Though his departure was publicly amicable, he was known to have complained to friends of the "dark heart" of punditry at the BBC, about which he spoke candidly to LittleBigPicture today in an exclusive interview.

"It began well enough," he told us. "It was all secret handshakes and banter about Nigel Winterburn's paper shins at first.

"But then it started getting nasty."

"Alan Hansen, who I'd always perceived as the father of modern punditry, football's Scottish Copernicus, began by insinuating that the famous Arsenal back four of which I formed part had been so successful only because we all participated in a four-man human centipede.

"Honestly, I thought it was a joke at first, but he meant it. The idea that I have ever been stitched mouth-to-anus to Steve Bould is just risible." 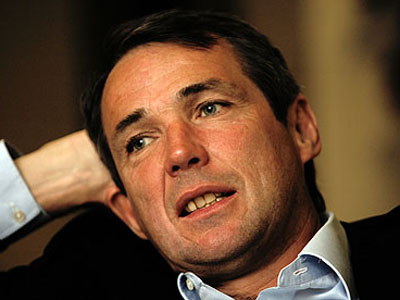 The sick mind of Alan Hansen: "He said that's why we sprang the offside trap so effectively."

"Alan Shearer wasn't much better," Dixon went on. "During the first half of West Ham against Chesterfield, there I was, trying to make some notes, and he threw a dead crow at me.

"I couldn't believe it. Everyone was else was laughing. 'Where have you got this crow from?' I demanded, shaking it at him.

"'Brought it from home,' he shrugged, like it was nothing.

"The bloke's got problems if you ask me. I mean, we'd pull some pranks in the dressing room at Wimbledon, just banter like, but even Vinnie Jones never brought a crow along to throw at anyone." 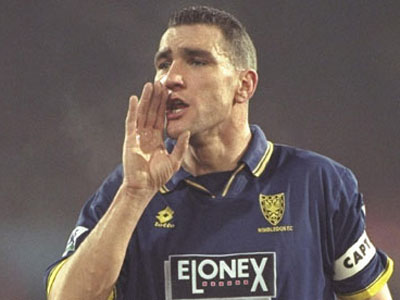 Dixon's voice became softer as he spoke of the treatment he suffered at the hands of Gary Lineker.

"Links was like my best mate, or so he said. We used to go tobogganing together in December. That's why I was always in favour of a winter break for the Premiership, to give us more time together."

But things took an ugly turn when Lineker shoved Dixon off halfway down the slopes.

"I just felt this hand push me in the small of my back, and I was off, rolling down the hill. No protective gear: Gary always said it was for girls.

"I hit my head on a log and rolled about fifty feet to the bottom. Then Martin Keown jumps out from behind a bush with this big grin on his face. He's been filming the whole thing on his phone to share round the studio.

"I was like, 'What's all this about, Keowny? I thought we were mates.'

"He just laughed in my face. I don't blame Keowners really. I think he just wasn't strong enough to go against the grain." 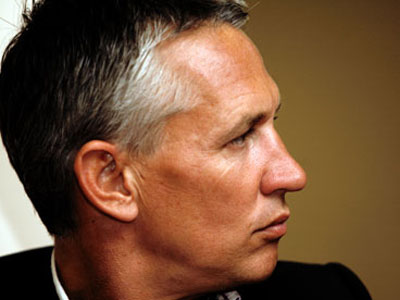 Lineker also forced Dixon to hold his flip-flops while he was on the sunbed for periods of six hours or more.

Clearly shaken by his ordeal, Dixon noted: "I'm just glad I got out alive. People think it's easy being a pundit, but they have to know what it was like.

"It wasn't a cushy home draw against Derby in the Rumbelows Cup. This was constant Barcelona.

Dixon's new colleague Gareth Southgate publicly welcomed him to the channel, saying: "I'm delighted Dicko's a member of the ITV family now. He won't find any of that sort of treatment here.

"Except from Roy Keane, obviously."

More:  Football  Sports  BBC  ITV
Follow us on Twitter @The_Shiznit for more fun features, film reviews and occasional commentary on what the best type of crisps are.
We are using Patreon to cover our hosting fees. So please consider chucking a few digital pennies our way by clicking on this link. Thanks!