, we review the best of the week's new DVD and Blu-ray releases so that you don't have to. Not that you would - you'd probably just buy them and watch them. And maybe not even that. Still, WORDS. 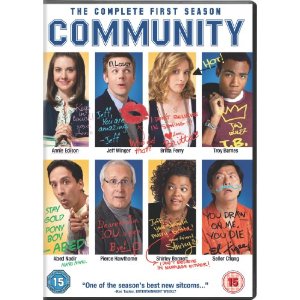 Words cannot express how much I love Community. But unfortunately they're going to have to try because this is a TV blog and not a medium for interpretative dance. The show is sharp, clever, geeky, silly and doesn't so much reference pop culture but actually embodies it.

In a similar way to that other genius programme Spaced, parodies, homages and self awareness are par for the course, with tropes and cliches highlighted and underlined for the amusement of those of us smart enough to recognise a TV show that knows it is a TV show. It's fair to say that anything film and telly can do, Community can do meta.

The set-up is pretty non-existent: a group of misfits form a study group at community college and... well... that's it. The plot for each episode can vary from the group preparing for a class project to a journey into one of the members' imagination, presented in glorious claymation. It's occasionally frenetic, sometimes bizarre and often ridiculous, but always very, very funny.

Between prim scholar Annie, judgemental surrogate mum Shirley, racist, homophobic duffer Pierce (played by Chevy Chase), self-righteous Britta, dumb footballer Troy and super-rational pop-culture addict Abed, there's enough scope for endless storylines and gags. It is, however, all held together by Jeff, the sarcastic, unwilling heart of the group who has most of the best lines. And this isn't even to mention the peripheral characters like Ken Jeong's Chang, super-gay Dean Pelton and the various teachers.

To be honest, the show isn't entirely perfect through and through. This first season takes a little while to find its feet, veering into standard sitcom fare before developing its self-conscious sense of humour. It doesn't take too long to realise that every episode has ended with Jeff making a rousing speech, that Pierce is an unlikeable addition to the group and that the sexual tension between Jeff and Britta boils over too quickly. Luckily, the show is up to the same speed as the viewer and these things very quickly become the butt of the show's own jokes.

The series goes from strength to strength and leads into an even better season 2 and what has been shaping up to be an even better season 3, but you definitely need to start here first, if only for the truly excellent, hardly bettered paintball episode Modern Warfare. Watch that and welcome into your life your new favourite TV show.

Win a copy of this DVD here! Right here! 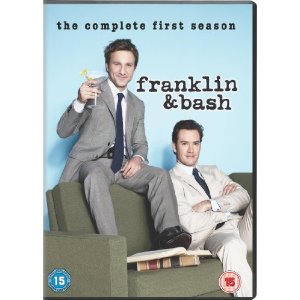 While the rest of the Saved By The Bell cast have moved on to crappy TV presenting (Slater), soft-core TV films (Jessie and Kelly) and full-on homemade sex videos (Screech), Zack Morris aka Mark-Paul Gosselaar has been relatively quiet, with only some NYPD Blue to his name. But here he is, teamed up with Breckin Meyer, in a new comedy show about two unconventional lawyers who get handpicked by big company head Stanton Infield, played by Malcolm McDowell, to work for him.

It's the kind of quick-paced, slightly silly, fast-talking show that makes for really enjoyable watching, but is held together by the brilliant chemistry between Gosselaar and Meyer. As lifelong best friends, the pair present an exquisite bromance, finishing each other's sentences and wise to each other's motivations, and the actors sell this like they've been secret best buds in real-life for years. Like when you find out that Tobey Maguire and Leo DiCaprio are somehow great mates. But obviously not as high profile.

Of course, bromantic banter on its own is no guarantee of fun, so it's a good thing that the show is well-scripted, delivering punchy dialogue but giving the characters weight thanks to Franklin's (Meyer) potential romance with a new colleague, and Bash's (Gosselaar) intention to win back his ex-girlfriend, who is a lawyer at a rival firm.

Overall, it's positive, entertaining buddy story stuff and, while it may be pretty lightweight, there's lots of clever legal jousting and it's great fun to watch these guys get by on their charm and quick wits alone. 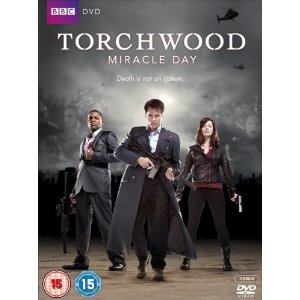 Torchwood has come a long way since it started as the Doctor's seedy cousin. The first two series were quite difficult to watch, with its shaky monster-of-the-week storylines, trying-too-hard adult themes and barely impressive BBC budget. Luckily, the show found its true calling for the third series, the 5-episode run Children Of Earth. This epic, global-scale tale explored in this season was like nothing we had seen on TV before: an alien-invasion conflict happening in the full eyes of the human population, with behind-the-curtain British political power plays affecting the outcome.

Enter season 4: Miracle Day. Given a new lease of life on the Starz network, this new Torchwood gets an even bigger facelift, with better effects, some visual globetrotting and, more importantly, some better writers on board with a brilliantly simple premise: what would happen if everyone suddenly stopped dying? While the mystery of why this happens doesn't get resolved until the last episode, there is great fun to be had in exploring the implications, from the medical ('fatally' wounded people are forced to suffer in pain indefinitely) to the legal (no one can be charged with 'attempted murder' anymore because such a thing doesn't exist).

It's fair to say that the series sags a bit in the middle as the intrigue of the premise wears off and the Torchwood team don't seem to make much progress, but the final two episodes pick up the pace again and end of a shocking note. Hit and miss it may be, but the show has never been afraid to take chances and mess with its own format, which always makes for refreshing television. The only question that remains is: how can the (possible) next series possibly top the epic scale of this one? I genuinely can't wait to find out. 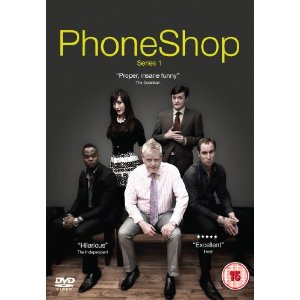 I've only caught this show once and I wouldn't recommend it at all. The only reason I mention it here is because it's actually filmed in my local high street which, while that's uninteresting for you lot, means that it's really weird for me to watch. For example, someone will come out of the 'phone shop', walk down the street and then the next shot will see them outside the train station which is in the opposite direction! The magic of TV, eh.
Also out this week