Halloween, that's what the kids want these days. How can I tie in this DVD weekly? Um ... Deadwood says 'Dead' in it, I suppose. Smallville is ... well, what if there was a bloke who was really 'small'? He'd be pretty scary, right? Oh wait, it'll be November in ten minutes. I'll just leave it, then. 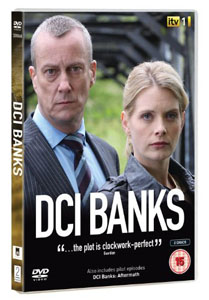 Always begin with a review of something terrible, that's what they say. The voices, I mean. When they're not telling me Jodie Foster wants me to kill the President, they're actually pretty much on the money most of the time, you know: certainly in this case, because DCI Banks was fucking awful.

I say this as someone who'd read a couple of Peter Robinson's books and so approached the episode I saw (Cold is the Grave) with some interest. Massive letdown. It epitomised ITV's usual ham-fisted attempts to do drama credibly: choosing melodrama over subtlety or nuance wherever possible; led by an actor who made the decision to take a sympathetic principal character and make him perpetually and unaccountably angry, bulldozing his way through every scene; and lit so brightly it looked like an episode of Days of Our Lives.

No thank you, not today. 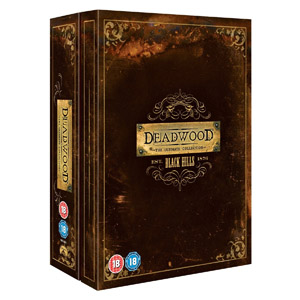 I really should've seen more Deadwood than I have. I'm pretty sure I've got season one knocking about somewhere, but on the couple of occasions I've had a go at it, I've only got a couple of episodes in before kind of trailing off. Maybe I've got a short attention span, or maybe I just find it difficult to watch anything with Timothy Olyphant in it, given that he is so plainly a date-rapist. 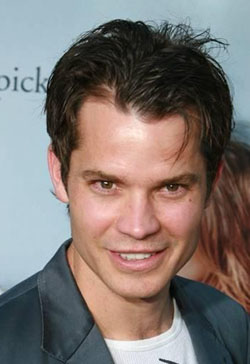 I mean, look at the bloke.

Anyone who's managed to get over this irrational fear I hold and watch the damn thing will tell you it's great (it's cowboys, violence and swearing, basically), so let's call this a big yes. That's right, you too could maintain your own TV blog by just reporting on the opinions of people you know who have seen the shows. Why bother watching them yourself? 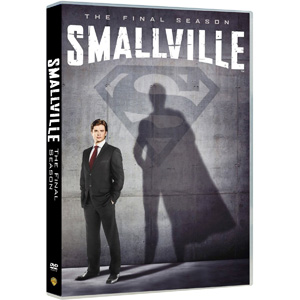 Sometimes I even confuse myself. I love Superman but I've never seen Smallville. Probably for the same reason it took me four years to acknowledge the existence of Superman Returns and allow myself to watch it: I hold the Christopher Reeve films so fondly that I didn't want the continuity destroyed in my head. (Watching it still remains one of the top five regrets of my life.)

I remember seeing a trailer for a recent season of Smallville which featured General Zod played by a Scottish guy, and I also remember that Annette O'Toole (Lana Lang in Superman III) played Martha Kent. And that Christopher Reeve was full of praise for Tom Welling's performance as Clark, which should have been good enough for me to watch at least one episode, for crying out loud.

I just don't want to see him be all teen and emo and stuff. Is that what Smallville's like? On second thought, I don't want to know. If you need me, I'll be watching this.

More:  DVD Weekly  DCI Banks  Deadwood  Smallville
Follow us on Twitter @The_Shiznit for more fun features, film reviews and occasional commentary on what the best type of crisps are.
We are using Patreon to cover our hosting fees. So please consider chucking a few digital pennies our way by clicking on this link. Thanks!