The lack of interesting DVD releases this week is such that I have had to feature The Only Way is Essex. I apologise for this in advance. If it makes it easier, I flagellated myself with a leather belt for a while afterwards.


The Office: An American Workplace - Season Six (DVD)
Buy the DVD on Amazon 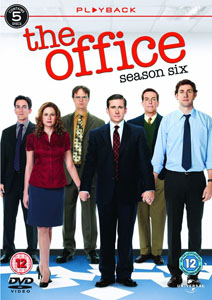 Just so we all know where we stand, I haven't seen any of the DVDs this week. None of them. The Office is front and centre because I've seen four or five seasons of it, just not this one. But there's a lot of stuff said about the importance of watching TV shows before you criticise them, and I don't hold with it, personally. Very much overrated, if you ask me. Very time-consuming, too.

By this stage most people have got it through their head that this is a completely different show to the Gervais/Merchant one and stopped judging it by comparison, which is a pointless exercise really: they share the faux documentary format but otherwise hit nothing like the same beats. Other than the first season's opening episodes these guys never tried to be like the Wernham Hogg gang, and Steve Carell in particular never copied Gervais's David Brent, to his great credit.

But having never seen this season, what can I rightly say? Well, I could direct you towards the Amazon review by a guy called Crunch, which I found whilst digging up the pictures. Crunch seems to me like one of those guys who's probably perfectly good company and quite sharp-witted in person, but as soon as he puts pen to paper he writes like he'd rather be chewing the desk.

"
"
If you were a fan of the previous seasons you will like this season and there is also some stand out moments in this season. Overall I would recommend you buy this if you are a fan of The Office.
We should hire this guy. Though in fairness what am I getting on my high horse for? At least he's seen the fucking thing. Next! 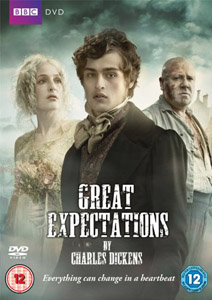 Ah yes, Dickens. I like the Dickens, me. My favourite is, er, Dickens II.

I'm not sure I've ever read any Charles Dickens. Not even at school, when you had to. I've seen Scrooged, though, and The Muppets Christmas Carol, so that must count.

Arguably I'm not ideally placed to judge this BBC adaptation of Great Expectations, then. But I will say this: at what point do the BBC decide that, you know what, we've actually done enough Dickens adaptations now, and there aren't any new ways of telling the stories, no matter how timeless and classic they are and all the rest of it, so we're not going to, even though we know they're guaranteed ratings-grabbers at Christmas? No, they might say. No, we're going to invest in some new, high-end drama and it's going to be ace.

Still, this has all the big hitters in it, like Scully off the X-Files and Poirot off Poirot, so it can't be that bad. I'm assuming either Imelda Staunton, Celia Imrie or Juliet Stevenson is in it too, right? 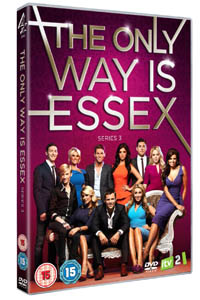 I really am sorry about this. But let's try and inject some fun into it by reviewing it in ill-sourced, unnecessarily bitchy soundbites like the Metro's celebrity correspondent Neil Sean, shall we?

"
"
Ooooh, I hear Mark Wright from TOWIE wants to be an actor and has got an agent! Keep trying, ducky!
"
"
A TOWIE insider tells me Lauren's pregnant! Oooh, hopefully the child won't be neglected while she's out drinking the whole time!
(If that one seemed a little extreme, it's more or less a paraphrase of what he said about Peaches Geldof when she got pregnant. Classy guy, is Neil.)

"
"
I understand from a source that some people in TOWIE are somehow trying to better themselves and improve their careers, and for that reason should be criticised for it. I am in a unique position to deliver this criticism, for I am Neil Sean and have made many great achievements in my own career, and am in no way a snide, talentless, barely-literate hack, as my Twitter feed bears out.
Yeah, not a huge fan of his. But TOWIE ... well, it exists, doesn't it? That's all I have to say on the matter.

Dynasty - Season 7 DVD
The Cleveland Show - Season Two DVD
More:  DVD Weekly  The Office  Great Expectations  The Only Way Is Essex
Follow us on Twitter @The_Shiznit for more fun features, film reviews and occasional commentary on what the best type of crisps are.
We are using Patreon to cover our hosting fees. So please consider chucking a few digital pennies our way by clicking on this link. Thanks!