"What if God was one of us?" asked Joan Osborne. Well, he'd probably want to know what DVDs were out this week, because it's coming up to Christmas and his son's getting to that age where he's a bit too old for toys and starting to take an interest in more grown-up pursuits, like DVD boxset marathons and judging the wicked. Newsflash for you, big guy: I wouldn't splash out on an Easter egg for him. 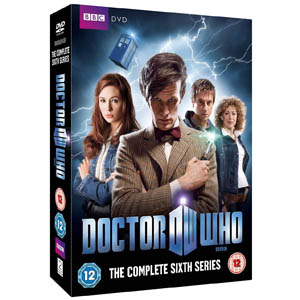 Couple of things, right. First, what's Doctor Who actually a doctor of? If anything. And second, I'm sodded if this is series six. It's been going since like 12 BC. So obviously they must be calling it the sixth series since they rebooted it with Chris Eccleston, but then doesn't that mean they're disavowing all the previous ones? And therefore aren't a bunch of crazed Who-fers, or Whotennannies, or Horton-Hears-a-Whos or whatever the fans are called, going to come after them with machetes and whatnot for denying the existence of Sylvester McCoy and the other guy? Peter Hooton or whatever?

Enough with this paper-thin smokescreen. No, I haven't seen it. I don't. Matt loves it, but he's busy. He offered the following advice via text message, though, and it proved all I needed to wring sufficient paragraphs out of a show I've never seen. If you were ever curious to know how we work, this pretty much sums it up: 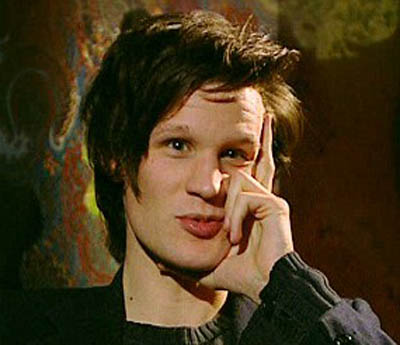 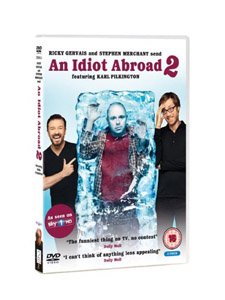 In which uber-idiot and Gervais/Merchant protege Karl Pilkington dicks around in exotic locations but unlike your typical travel show, the host really doesn't want to be there. This series was themed around the idea of 'a hundred things to do before you die', but as Stephen Merchant observed: "They're things other people want to do before they die, not Karl."

Makes it sound like I've actually seen it, doesn't it? Well, I went and had a look on YouTube and watched this clip, so technically speaking, I have.

The guy sliding down the hill actually sounds like Ricky Gervais when he's laughing.
Rev - Series One (DVD)
Buy the DVD on Amazon 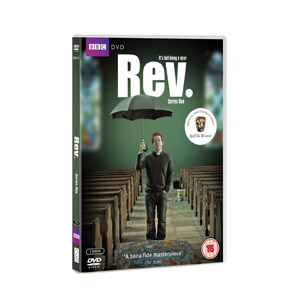 Now, Tom Hollander would be your man off of In the Loop, and also 'The Fucker' in the second series of The Thick of It. Plus, as I'd forgotten until quite by unlucky accident I happened to see it again recently, he was the main bad guy in Pirates of the Caribbean 2. I really like him as an actor, or so I heard Olivia Colman say in an interview recently, so that's an opinion I'm quite happy to pass off as my own.

In Rev he's a vicar. It's a sitcom. Funny things must happen. I caught about ten minutes of it once. Given that it's a BBC sitcom about the clergy, my expectations weren't much higher than a few double entendres and some kind of sticky situation in which of his lovably dotty parishioners mistakes him for her son and he's too polite to tell her otherwise, that sort of thing, but as it turns out it's really rather jolly in general. Here, have a clip. If I have one big image/video under each one, it sort of balances it out, don't you think?

In a way, that balance serves as an excellent disguise for my abject lack of research into any of the shows. The perfect crime. Unless of course I give the game away by admitting at the end that I haven't seen any of ... oh, shit.