Hell, I'd be in an Entou-rage if I couldn't get my hands on Entourage season eight. Yeah, let's face it, I can't write poster quotes. 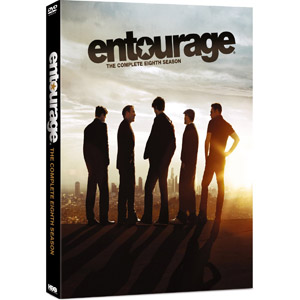 It was a shame to bid goodbye to Entourage last year, whether or not there's a movie coming up. But with its final season it didn't quite manage to hit the high notes it used to. They tried a bit too hard to give all the characters a satisfactory ending, artlessly chucked in a will they-won't they bit for E and Sloan so as to give him something interesting to aim for, and didn't deliver on the celebrity cameos that had made earlier episodes stand out. (The Christian Slater one I'd been looking forward to lasted all of six seconds.)

What's more interesting is the season 1–8 box set out this week, which should make a trusty viewing companion. Entourage is the kind of show of which you can trawl through ten episodes on a Sunday pretty easily, and so by my calculations, if I bought it just at the end of July, this would see me through right up until the Olympics had finished and there'd be no danger of me turning on the TV to be presented with a guy throwing a stick or jumping into a sandpit and calling it a sport. 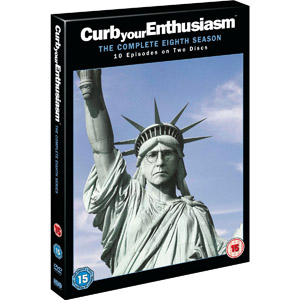 Haven't seen it; I'm still about three or four seasons behind. Luke liked it, though, and you should listen to him on most subjects, except football, which baffles him.

If he bought the season 1–8 box set also out this week right about now, it'd take him way past the end of Euro 2012, meaning the danger of his turning on the TV and seeing a phalanx of elaborately tattooed men whose motivation for chasing a ball around a field he is unable to grasp would be virtually nil.

Shit, it's not just poster quotes I can't write, is it? Sorry.

Wallander – Original Films 1–6 DVD
More:  DVD Weekly  Entourage  Adrian Grenier  Jeremy Piven  Curb Your Enthusiasm  HBO  Sky Atlantic
Follow us on Twitter @The_Shiznit for more fun features, film reviews and occasional commentary on what the best type of crisps are.
We are using Patreon to cover our hosting fees. So please consider chucking a few digital pennies our way by clicking on this link. Thanks!