Because it's the biggest TV DVD release of the year, because I got sent the whole thing on Blu-ray and because there's not much else out this week, here's a bumper edition of DVD weekly focusing on one release and one release only. That's right: series five of Doc Martin. 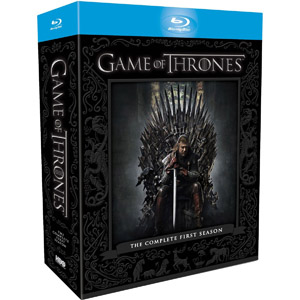 It's been a long, all-consuming odyssey, this quest of mine to take the piss out of Game of Thrones without ever having seen it. Along the way I've given four reasons why I refused to watch it, wrought a feature out of a 20-second clip of the logo and teased dwarves in a totally non-offensive way.

Why? High fantasy. I have no time for it. Out of the three Lord of the Rings films, I managed about half an hour. Fuck elves, fuck goblins, fuck swords, wizards, potions and cauldrons, fuck it ALL. I've never engaged with any of the characters or storylines, because fundamentally I cannot bring myself to care whether some armour-clad, overracting nobleman manages to find the magic goblet that his father bequeathed him before it was stolen by the Orc-people of the hills.

I knew I'd have to watch it some day, though: everyone I know whose telly-opinion I respect told me it was great, and I knew they were probably right. So having been sent the whole season on Blu-ray and marched many miles beyond The Wall to Brixton Royal Mail depot to pick up the parcel, I set aside a couple of weekends for it.

So what did I think? 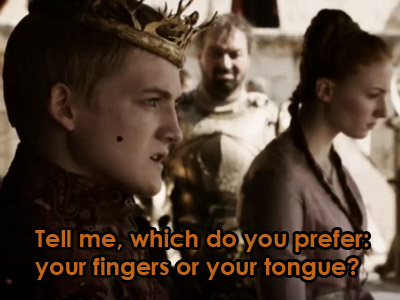 Well, if it's Joffrey asking, I loved it. If it's anyone else, I thought it was exceptionally well made, very engaging and the only high fantasy I've ever seen to make me care about the characters. But high fantasy it still is, and there's a limit to how invested I can get in the whole thing.

Let's start with the good stuff. The scale of the thing is incredible; the most impressively designed production I've ever seen on TV. Different landscapes and locations are dealt with easily, and a huge number of characters are introduced quickly, swinging their swords, shagging their own sisters and plotting to overthrow anyone and everyone. The acting - and in particular the child acting - is terrific: there's a reason why this has been popular with non-fantasy fans, and it's because the writers and the key players are all more than capable of letting you follow the story without getting lost in a bunch of cod-Shakespearean, portentous dialogue, which is normally one of the biggest stumbling blocks in fantasy.

"The Sopranos in Middle Earth" it isn't, but I understand the comparison: the warring families, the characters who do terrible things but still win your sympathy, the allegories to modern society; it's all here. They were trying to jumpstart the whole thing off the back of characters you could invest in rather than just film a couple of magnificent, sweeping vistas and think that was enough, and by the Old Gods, they've succeeded.

But I was probably more inclined to pick holes in it than most, so here's one: the King. I have a big problem with the King. Trouble is with the King, right: 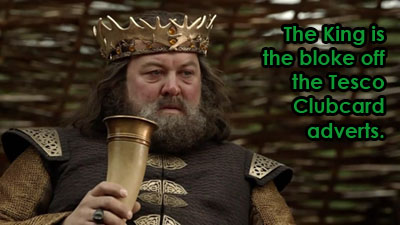 Obviously this won't be an issue for American audiences, but I just couldn't get past it. It wouldn't be a big deal if I could lose myself in his performance, but it's impossible, because it's a terrible, cliche-ridden one, all belly laughs, swigs at flagons of wine, wenches, bellowing and bushy beardedness. In an ensemble cast full of excellent British actors, it's distracting as hell when you find yourself praying one guy doesn't show up and turn it into Carry On Westeros again.

And it doesn't half take a while to get going. The opening scene is a wonderfully head-choppy-offy set-piece which gets you all riled up, but then you have to endure - and endure is the word - four or five episodes in which pretty much nothing happens, which I think is what Luke was driving at when he reviewed episode three all those winters ago. I know it's fashionable to hint at your intellectual superiority because your friend was bored by a slow-moving show but you stuck with it ("It doesn't spoon-feed you", etc etc), but there's a line. That line for me is when I'm watching something I admire but don't especially enjoy, and Game of Thrones danced perilously close to it in its early episodes.

It got a lot better, though, and even managed to find something for Owen Hargreaves to do while he was injured. 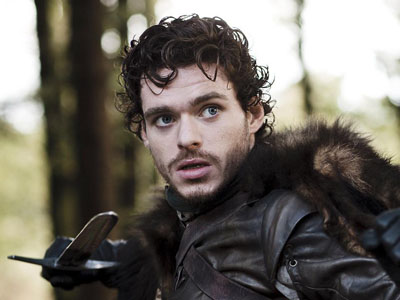 He's probably injured again, come to think of it.

This isn't a rallying bugle-blast from a new standard-bearer. I'm not a total convert. It's fair to say that my firm anti-fantasy stance made me a tough dragon egg to crack, but Game of Thrones has come closer to doing it than any other sword-swinging, spell-casting chainmail-fest ever has before, and it deserves huge praise. I'm not in love with it, but I do want to see more. And if it can get a committed goblin-dodger like me even a little bit interested, it's got to be worth a go.

More:  DVD Weekly  Game Of Thrones  Sean Bean  Peter Dinklage  HBO  Sky Atlantic
Follow us on Twitter @The_Shiznit for more fun features, film reviews and occasional commentary on what the best type of crisps are.
We are using Patreon to cover our hosting fees. So please consider chucking a few digital pennies our way by clicking on this link. Thanks!