DVD weekly: Gruffalos, angel lawyers and what Mulder did next

Very nearly a clean sweep of things I've actually seen in this week's DVDs round-up. Two out of three, anyway. Come on, that's pretty good for us.


The Gruffalo's Child (DVD & Blu-ray)
Buy the DVD on Amazon 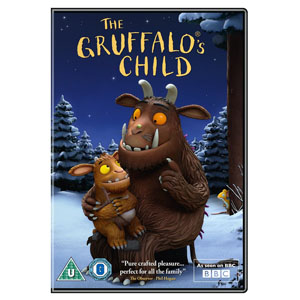 Tough business, having a kid, I'd imagine. They spend half their lives sticking their hands into hot things so you have to drive them to hospitals, and the other half punching you in the groin. Every now and then you need something to distract them for half an hour while you do something important, like cook dinner or do Jager shots. Fortunately, your ever-giving, trusty TV set is available to do just this.

Even more fortunately, if your child is at least a year old, it will love the crap out of the Gruffalo. It will have Gruffalo hats and gloves, jigsaws, pencil cases and probably flick-knives. This is a merchandising extravaganza, based on Julia Donaldson and Axel Schaeffer's original book and its sequel. The first was turned into a half-hour short film a couple of years ago, and now comes The Gruffalo's Child, which premiered on Christmas Day and is available on DVD and Blu-ray from today.

There's an impressive amount of celebrity on display in the voice acting department, with Helena Bonham-Carter narrating again, as well as Tom Wilkinson, John Hurt, Rob Brydon, Robbie Coltrane and James Corden resuming their roles from the first outing. The main challenge again, given that it doesn't deviate from the book's short collection of rhyming verses, which you could read in about three minutes, is to make it 25 minutes long without padding. As before this is managed splendidly well, with short little sequences bridging the gaps between lines in a way that adds without subtracting. Yes, I know that doesn't mean anything. Just go with it, OK? Point is, this is a wonderful animated rendition of a children's classic, which is to be admired even more because it has an audience that would've happily gone in their millions to see a mediocre 90-minute 3D cash-in, but it chose to go this way instead.

From my utterly uninformed standpoint, I have never thought that to have a child watching TV is a bad thing in itself. I watched a shitload of TV growing up, and I turned out fine. Once my parents let me out of the cellar when I was twelve and I learned to speak English, anyway.

Eternal Law - Series One (DVD)
Buy the DVD on Amazon 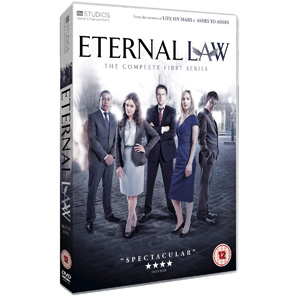 I am still amazed that this exists. It is, as I mentioned the other week, honestly and truly a TV show - an actual prime-time TV show that professionals commissioned - about a law firm staffed by angels. Not metaphorical angels. Not lawyers referred to as "guardian angels" by the innocents they save from prison. ACTUAL ANGELS. With wings.

I've even gone so far as watching half an episode now as well; I couldn't resist it. Like in all ITV dramas, its cinematographer's job consists of shining about six extremely bright floodlights on the scene, pointing a camera at it and then hoping to Christ no one from a proper channel sees it on his showreel. It is acted entirely in histrionics. I think it has one guy playing twins with two different haircuts, I'm not sure. They get their wings out every now and then to justify the CGI budget.

A tweet Luke sent me while the episode was on is quite instructive, I think:

"
"
Wait, it's NOT American??
Point being that a high-concept, effects-heavy supernatural British show from ITV is a laughable idea. If this had been made in America, they would've had the good grace to make it self-aware, build slowly towards the reveal of the wings, get some actors in who were capable of more than one pace in their performances, that sort of thing. But no, it's ITV, and they've got to spend their drama budget somewhere, I suppose. I just wish they'd stick to dull police procedurals so I wouldn't notice. 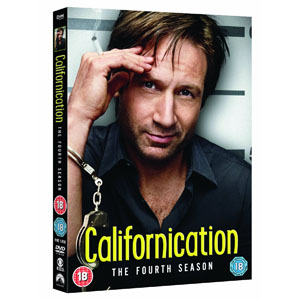 Come on, you didn't think we'd have a week where I'd seen all of them, did you? No, never seen Californication. Is it good? What's it even about? I'd look on Wikipedia but to be honest I feel like I've done enough already.

Doctor Who Revisitations 3 (The Tomb of the Cybermen/Robots of Death/The Three Doctors) DVD
Jersey Shore - Season Three DVD
More:  DVD Weekly  The Gruffalo  Childrens TV  Eternal Law  Californication
Follow us on Twitter @The_Shiznit for more fun features, film reviews and occasional commentary on what the best type of crisps are.
We are using Patreon to cover our hosting fees. So please consider chucking a few digital pennies our way by clicking on this link. Thanks!