Kirsty has disappeared for now. We unlocked the door and just found her picked shackles lying on the floor next to a shard from the plastic knife we allow her to eat with. Clever girl, but she won't get far. In the meantime, I'll cover the week's new releases in her absence. 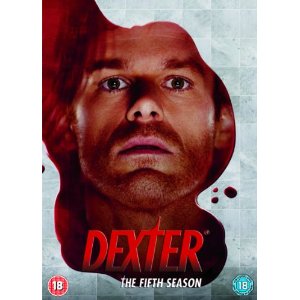 Who would ever have thought that this series would still be going five years on? The series that asks us, the audience, to side with a serial killer and root for him as he tracks down and brutally murders his (okay, not so innocent) victims. And yet, thanks to being mesmerisingly unsettling, while also providing lots of sweat-inducing almost-caughts and plenty of gallows humour, the show is easily one of the best things to ever grace the beautiful cube of wonder that I call my television.

This series has the difficult job of following what was probably the best series to date - with John Lithgow playing an incredible, creepy co-killer and ending with a finale that has been the single most shocking event in the whole show. As such, season 5 starts in limbo: Dexter is recovering from the events of the previous year and struggling to appease his 'dark passenger' while also maintaining his day-to-day responsibilities. However, he soon stumbles upon rape victim Julia Stiles, who witnesses his serial killer procedure and enlists his help to enact bloody revenge on the men that diddled her for days.

As with each of the seasons, it gets off to a slow start and doesn't quite live up to the standard of the previous series, but this is still gripping storytelling at its finest and is yet another dark and edgy tale to be attached to the life of a cold-blooded sociopath. The only downside is, over here in the UK, we are stupidly a year behind the US and this is the very season coming to our TVs soon, so you could just stump up the cash and save yourself a 13-week duration of watching. Of course, if you are even remotely internet savvy, this is all old news and you are eagerly awaiting season 6 to start stateside. 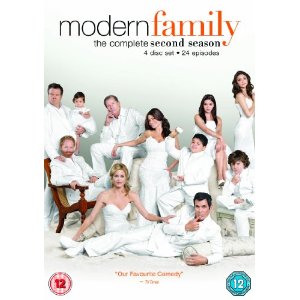 I haven't seen a single Modern Family. Is it good? Should I watch it? Sorry, this isn't the way this is supposed to go, is it? Still, perhaps I can help you make up your mind about buying this season by showing you this short trailer: 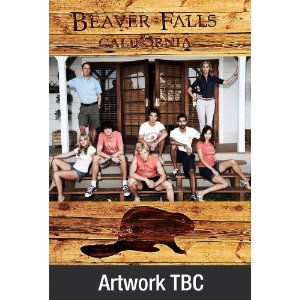 Some guys from the UK decide to work at a camp in the US to try to get girls. As far as I know, that's all there is to it. Alex wrote a very interesting review that tells you everything you need to know about this show, but I was never interested in watching it for one reason: all I could ever imagine was the writers' room when someone said "Hey guys...y'know they're after hot chicks, right? Well we should call the place they go to 'Beaver Falls' because (*snigger*) 'beaver' is a (*snigger*) word for... (*everyone bursts into uncontrollable laughter*)".

Frankly, I don't want to condone something so obviously immature. (*farts and wafts in your direction*)
Also out this week