More TV DVDs out this week, and remember: there are only 119 days till Christmas, and you can't give everyone a printout of Ed's Gary Barlow article. 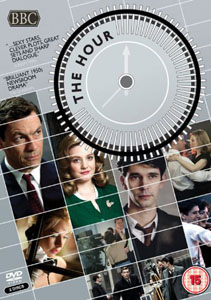 You could compare The Hour to Mad Men, if you were lazy and hadn't watched either series. Yes, they're both set decades ago, and touch on women in the workplace. Both casts look sauve and the plots in each are drawn out and intrecate, but that hardly makes them the same.

The Hour, which ended on BBC 1 last week to mixed reviews, was a stylish and intruiging drama. It suffered somewhat from clunky dialogue in places, but over all it was an interesting, subtly acted, beautifully put together drama.

Through the series, we follow best friends Bel Rowley and Freddie Lyon, two BBC reporters bored with reporting the world of sports and the celebrities of the 50s. They would much rather be shedding light on world issues and Important Things, when along comes The Hour, the BBC's new weekly current affairs show. Before too long, everyone's up to their starched collars in intruige and love-triangles. While the script isn't flawless, the cast (in particular the marvellous Anna Channcelor) and the style will keep you tuned in. If you didn't catch it on the first run, it's definitely worth a watch. 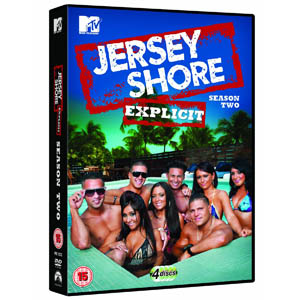 Jersey Shore Season 2 is out and I can see no conceivable reason why anyone would want to buy it. But I don't understand why anyone watches it in the first place, so what the hell do I know.

Season 2 saw the Jersians (idunno) relocate to Miami to shag and fight and tan in a different part of the country. I don't watch it, so I went to look for some episode guides to give a taste for the adventures one could encounter whilst watching this DVD.

"
"
Things go south for Angelina when the house learns she slept with Jose after smushing Vinny. Then she gets too close to a guy that Snooki hooked up with. But it's the last straw when The Situation discovers more unpleasantness in the bathroom.
So there you go. Apparently while they were in Miami a few got arrested, and the hotel they stayed in had to be completely renovated. Sounds like not-to-be-missed viewing.

I'm asking you as a personal favour to not buy this shit. In doing so, you are enabling the destruction of television. They don't even SHOW music videos on MTV any more. Did you know that? Did you know they've signed a contract for six seasons of this bollocks? I don't think I care to live on this planet any more. 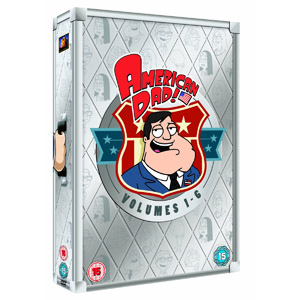 Another of those annoying boxsets which have every season that's been out so far, but then you find out that season 7 starts in a couple of months, so you'll end up buying that as well, but it'll just have to sit next to the so-called 'handy' group box set you bought for 35 quid from HMV. Or whatever.

I'd like to go on record as saying the following: American Dad! is better than Family Guy. I know, I know, it's a very controversial position to take up in such a public forum, but I genuinely hold it to be true.

The jokes don't rely heavily on cut-aways; face it, Family Guy is essentailly a sketch show. American Dad! episodes have plots and everything, with funnier, more relateable characters. Roger (the family's pet alien) is funnier even than Brian the talking dog. If you're going to throw in Adam West's Mayor West, then I counter with Patrick Stewart's Deputy Director of the CIA Avery Bullock. Avery is surreal, insane and ...

Seth McFarlane is both loved and reviled for his sense of humour (personally can't wait to see what he does with The Flintstones), but American Dad! is a bang tidy grown-up cartoon and a great American satire.