Welcome to DVD weekly, or as it could more accurately be described this week, the spectacle of a grown man moved almost to tears by the sight of a beluga whale having breakfast.

Released: Monday 5th December 2011 (except for Frozen Planet, which is out on Thursday 8th, ie about three seconds after the last episode on BBC1) 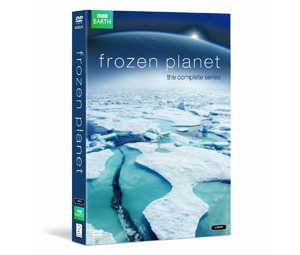 Cushiest bloody job in the world, David Attenborough. Now he's too old to actually go anywhere, the BBC ring him up and say: "Just about time for another wildly successful flagship nature show I reckon, Dave. Any thoughts?" and he says: "Well, I suppose you could send a bunch of guys out to hang around in the most inhospitable environments known to man and film a bunch of polar bears." Then they send it along to him and he knocks off a few sentences over the top of it without so much as looking up from his Bran Flakes.

A little churlish, you might argue, given that the man's lifelong dedication to exploring the natural world has given us some of the most enchanting, fascinating and beautiful documentaries in history. Frozen Planet, which has been running on the BBC for the last couple of months, is a more-than-worthy addition to that canon, continuing on from the recent series Life and Blue Planet and showcasing the astonishing things crews can do these days with high-definition cameras.

I don't use the word 'astonishing' lightly, either. Any mug can point an expensive camera at a penguin jumping into the sea then slow it down so the splash looks pretty, but what makes these so watchable is the commitment to narrative storytelling. Each animal and every natural phenomenon gets its own perfect little one-act vignette, and packed into these is literally everything you could want if you were watching a scripted drama. The editing and the voiceover makes characters out of the creatures. You care about them, for crying out loud. There's conflict; there's tension; there's resolution. If each episode ended with a cliffhanger you'd start desperately following polar bears on Twitter in case they let slip any spoilers.

I don't fancy the seal's chances here much.

Frozen Planet is also out in various super-duper all-singing, all-dancing boxsets coupled with Planet Earth, Blue Planet and quite possibly Captain Planet. Buy them all for yourself, don't buy anyone else Christmas presents, then when December 25th rolls around just stay in with them and take the phone off the hook, is my strong advice. 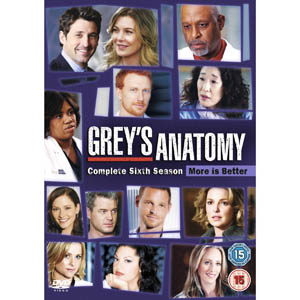 I harbour a long-standing resentment of Grey's Anatomy on the grounds that I had a really good regular Thursday night arrangement in about 2006 when Channel 5 used to show House in about its first or second season, then they bumped it for Grey's and I had to watch it an hour later. A whole HOUR. I suppose the idea was that both are medical dramas and they thought Grey's would soak up some of the same audience. As scheduling logic this neglects two things: 1. that House is awesome and 2. that Grey's Anatomy is appalling.

After six seasons of the wretched thing I presume everyone's fallen in love with and had their heart broken by everyone else by now and they've had to start again, perhaps with the use of some kind of simple lots-drawing or spin-the-bottle system in every episode's cold opening, but either way if I watched an episode I'd be far too busy putting lit matchsticks under my own fingernails to notice. 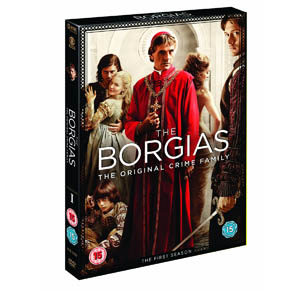 For which read: "Hey, Rome and Spartacus are huge, mental blood-and-shag-fests! Let's cut ourselves a slice of that action! Get Jeremy Irons on the phone and ask whether he's happy getting his knob out the whole time!"

I mean, I'm guessing. I've never seen it. But the Borgias themselves were, by all accounts, a fairly lively bunch, and it'd be tricky to do a show about them that didn't get a bit blue at times. In fact, if it didn't, you might call it THE BORED-YAs.

Deadliest Catch - Series 1-7 DVD
Robotech - The Complete Series DVD
More:  DVD Weekly  Frozen Planet  David Attenborough  Greys Anatomy  The Borgias
Follow us on Twitter @The_Shiznit for more fun features, film reviews and occasional commentary on what the best type of crisps are.
We are using Patreon to cover our hosting fees. So please consider chucking a few digital pennies our way by clicking on this link. Thanks!