Sure, I know the Skins. What, you think I'm too old to enjoy E4? Listen, I once downloaded a Professor Green song. They call them songs, right, the hip-hoppers? Not jams or joints or whatever? 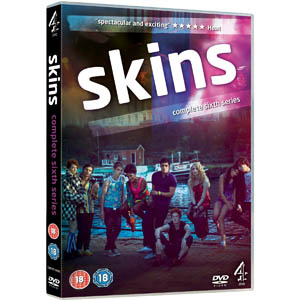 Once in around 2005 I had a conversation with a 16-year-old. I was about 25 at the time. He was the son of one of my work colleagues. The new Oasis single had just come on the radio and I remarked upon it. He looked baffled, either having no idea who they were or considering them so hopelessly outdated and irrelevant as to render my remark wholly beneath him. I realised that my attempt to engage with him had been tantamount to somebody 10 years my senior asking my teenage self what I thought of Spandau Ballet. I felt so very, very old.

Extrapolate this conversation to fill a 12-episode box set and you have my experience of watching Skins. Don't get me wrong: I think Skins is really very good; I just can't shake the feeling that a teenager would resent me for it, or perhaps just call me by an insulting slang term I'd never heard before, then skateboard away, pulling up his trousers as he went. 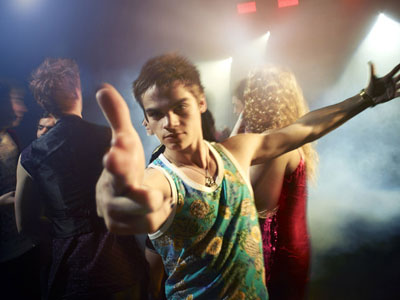 Don't know they're born, kids today. Spot of National Service would straighten them out, you see if it didn't.

I can't pretend to have had the first clue who any of the characters were before watching it, nor much now I've seen a few episodes, but in honesty teenagers all look the same to me. Half of the main characters are girls who constantly threaten to get naked but never quite do, like a late-night Hollyoaks episode. The others are boys who are far more self-confident than any British teenage male has any right to be. Whatever happened to being crushingly unsure of yourself and incapable of talking to girls? Even the ginger one embraces his outsider status, does an enviable job of rocking geek chic and ends up being cooler than the cool kids. 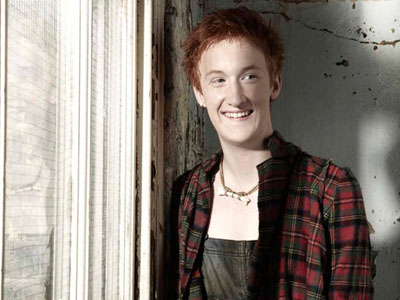 In my day, a ginger couldn't be accepted into one's peer group under any circumstances. It was one of the rules.

What I think Skins achieves with a lot of success is to present an unsanitised view of teenage life in a way that - I imagine - its young audience will genuinely relate to. When I was a teenager, you'd get countless programmes that claimed to represent you or mirror your experiences in some way, but were only watered-down versions put together by adults who (being parents) just didn't understand. Byker Grove would try and do it all the time, but was immediately hamstrung by being on at 5pm and thus unable to use anything like the language, or even hint at anything like the type of smelly-fingered debauchery that characterised real teenage life (most people's teenage life, anyway: I was mainly in watching Byker Grove), so the end result was just patronising.

Still, Skins: it has proper swearing, drugs and widespread copulation, some excellent young actors and some entertaining cameos by a boatload of adult actors you've actually heard of. I recommend you watch it and then use the experience to try and win favour next time you need one of them to turn down their music on the bus. This is almost bound to work.

Upstairs Downstairs - Series Two DVD
Being Human - Series Four DVD
More:  DVD Weekly  Skins  E4
Follow us on Twitter @The_Shiznit for more fun features, film reviews and occasional commentary on what the best type of crisps are.
We are using Patreon to cover our hosting fees. So please consider chucking a few digital pennies our way by clicking on this link. Thanks!