Not receiving the preview DVD you were expecting is pretty low on anyone's list of first-world problems, but still I've managed to base this DVD review of Titanic on an episode and a bit that I caught between Aviva adverts on the ITV Player. The result being: it's far more judgemental and far less well-informed. 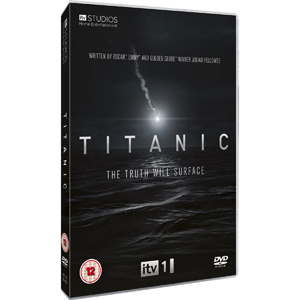 The full extent of Julian Fellowes' poshness hadn't been impressed on me until I recently read his Wikipedia page. He is, it turns out, The Rt Hon. The Lord Julian Alexander Kitchener-Fellowes, Baron Fellowes of West Stafford, DL, and his wife was a Lady-in-Waiting to HRH The Princess Michael of Kent. Their son is called The Hon. Peregrine Charles Morant Kitchener-Fellowes. Julian Fellowes is, in short, the poshest man in the entire world.

Now, all of this makes his preoccupation with class a bit hard to swallow, if you ask me. It's there again and again: in Downton Abbey and here in Titanic, which amounts to a series of people more or less saying directly to camera: "Gosh, social class is a very divisive thing, isn't it?" before a fucking great boat sinks. The point being: are you in any position to comment on class when you've profited from it to such an extent?

This cuts both ways, to an degree. I saw the musical Blood Brothers in the West End last year, in which Willy Russell's obsession with the same subject matter hits you in the face like a punch from a miner who mistook you for Thatcher. But as unsubtle as it was, it was a working-class Liverpudlian writing about issues that affected him and his community. Titanic is a man in a monocle writing about the lower orders as if they were animals he'd seen in a zoo. 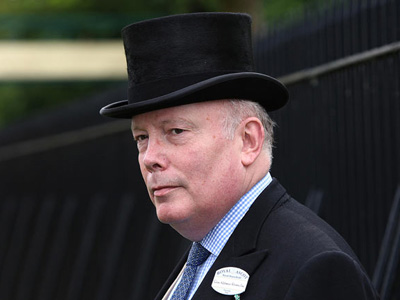 No, I don't think it's at all cheap to deliberately use a picture of him wearing a top hat at Ascot. He probably wears one in the bath. A bath of Evian.

It's not a project I had much confidence in, to be honest: as soon as you're making something to coincide with a specific event like the Titanic centenary, your artistic integrity's compromised already. Ask yourself, for example, whether the producers of the film New Year's Eve would've allowed it to be put back a month to the first week of January because test screenings had shown that it needed a little extra work. No, of course not: it had to be released before new year's eve. By definition, imperfection is to be tolerated when your release date's as set in stone as this.

Not that any further work would've improved Titanic. For all its obvious expense, and for the fact that it's surprisingly well-photographed for an ITV drama, the script is a lumbering, clunky bastard of a thing. The engineers have meetings about why there aren't more lifeboats on board or why the cheaper iron rivets are being used instead of the trustier steel ones, and inevitably someone replies, "Oh, come on, we'll never need lifeboats! Titanic can't possibly sink!" This isn't so much dramatic irony as it is a knowing, laborious wink to camera. Every fifteen seconds. 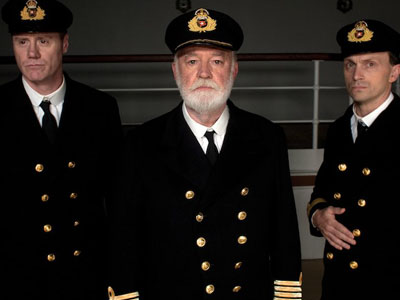 Couldn't steer a ship for shit, but he made a good fish-finger.

The rest represents an attempt to cram in as much characterisation as possible with an obvious, looming time limit. A lawyer's wife resents him for being subservient to Lord Fotherington-Smith-Smythe of Whatevershire, but they tell each other they love each other as the water starts to flood in, so of course we must care like hell about them now. The Lord's daughter, a dilettante Suffragette, falls for some American toff or other she's never met before, and now they're so much in love we definitely mind whether they drown or not. If it weren't for the fact that it actually happened (as I found out on Twitter this week), the iceberg would be the laziest plot device in history.

The shame is that there is a story to tell here of how class divisions led to avoidable deaths, but Julian Fellowes isn't the man to tell it. The famous fact of how the third-class passengers were kept trapped behind a caged door while the lords and ladies got first dibs on the lifeboats would be far more moving if you didn't know that the guy who wrote the script would've been one of the ones floating merrily away to safety. Probably smoking a cigar.

So what does this mean? Should they have got Jimmy McGovern to do it? Sure, why not - it would've been just as heavy-handed, but not half so patronising.

Castle - Season Two DVD
Big Love - Season Four DVD
More:  DVD Weekly  Titanic  Julian Fellowes  ITV
Follow us on Twitter @The_Shiznit for more fun features, film reviews and occasional commentary on what the best type of crisps are.
We are using Patreon to cover our hosting fees. So please consider chucking a few digital pennies our way by clicking on this link. Thanks!