DVD weekly: won't anybody think of the children?!

It's time we got something straight: our site attracts tens of pre-school kids and it's time we stopped talking about boobs and gangsters and got to the meat of what really matters to our readers. Poorly rendered CGI anthropomorphic cartoons. 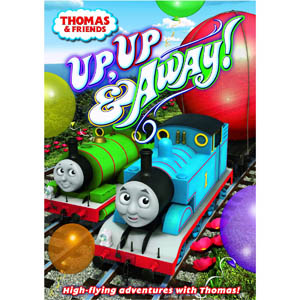 I haven't watched Thomas and his pals in a good few years, and even the last time I caught it it looked pap, but this surely is the equivalent of shark-jumping? Thomas & Friends in hot air balloons.

I mean, I haven't seen it, or really done any research on the episodes here-within, but using the title as a guide I get the impression that the Fat Controller has finally given in to his insanity and strapped a massive helium-filled balloon to Thomas' cargo hold with the fervent belief that if he gets rid of the lead psychosis it will at last rid him of his constant hallucinations of giant faces on steam engines.

Fans of the series have reviewed series 15 harshly:

"
"
Why did this truly terribly written episode deserved its own DVD for S15, Surely they could of made a better one, but then if it had been titled Wonky Whistle we would of gasped in horror, knowing how Series 15 was with Sharon Miller in the writing chair it was known as THE worst Thomas series created!
Gasped in horror. I salute you, Amazon Reviewer Callum for giving more of a toss about Thomas & Friends than I ever have about anything.

This is how I like my trains. Steamin'!
Octonauts - To The Gups! (DVD)
Buy the DVD on Amazon 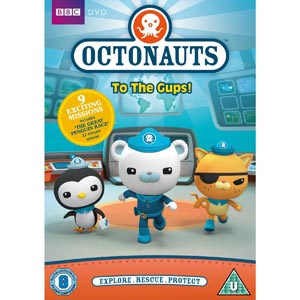 I have no words. The title is baffling, and from what the DVD sleeve reveals to me it's a series about an underwater postal service?

How unfortunate for the cat one, who already has poor depth perception, to also have only one eye. And yet I'll bet the clumsy one who gets into hilarious scrapes with all the underwater mail is the penguin.

I'm being informed by my network of child spies that Octonauts is in fact a fun-filled adventure romp for pre-schoolers in which cuddly critters have underwater seafaring adventures with their mate Tunip the Vegimal. Vegetable-animal hybrids?! That's sick BBC. Just sick. NEXT! 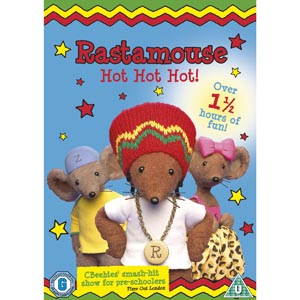 Here me now, dem Rasta- no, I'm sorry I can't pull that off. Only Reggie (the voice of Rastamouse) can pull that off, and let's face it... he can't really.


Rastamouse courted controversy with the Daily Mail (hurrah!) in February when it was accused of encouraging the use of slang amongst the very young and also, shockity shock horror, racism.

Now if you haven't seen the show, let me break it down for you - and take care, this may shock younger readers.

Rastamouse and his friends (The Easy Crew) are mice from Mouseland who sing reggae, play guitar and solve predominantly cheese-based crimes for their chums. While there is a fair amount of Jamaican patois in the series ("irite mon"), who says that's a bad thing? They don't use any language that's offensive, and their motto "make a bad ting good" is hardly the worst attitude to instil in a child and is unlikely to get you beaten up in the playground.

The idea that TV should only be made by people who speak 'Proper English' surely went out with the Y-Bird anyway.

Rastamouse is cute, and it's fun, and it rhymes a lot. It's definitely my most favourite release of the week. Easy now. Sorry.

More:  DVD Weekly  Childrens TV
Follow us on Twitter @The_Shiznit for more fun features, film reviews and occasional commentary on what the best type of crisps are.
We are using Patreon to cover our hosting fees. So please consider chucking a few digital pennies our way by clicking on this link. Thanks!