Just a few short years ago, Rupert Wyatt was but a man with a dream and a monkey fetish, eking out a living directing episodes of Hollyoaks. Now he's the director of the film of the Rise of the Planet of the Apes. See? You can go from The Dog in the Pond to untold fame and wealth.* Here are a few more people who did just that.


[*Disclaimer: fame and wealth may not be entirely untold.]

One of the original Oaks gang, Jeremy Edwards went on to be fairly well known for a little while, even cropping up in Celebrity Big Brother and memorably calling Germaine Greer a "silly bitch" on it. Also shacked up with Rachel Stevens for a while before splitting up due to a comical height difference. "It couldn't last," he later reflected. "It was impossible to so much as fit us both into a standard 476x200 picture used in sarcastic TV blogs."

He now dedicates much of his time to the charitable foundation he set up to enable the humane beating-to-death-with-frisbees of small dogs, for which he controversially received the CBE in the 2009 New Year's Honours List. 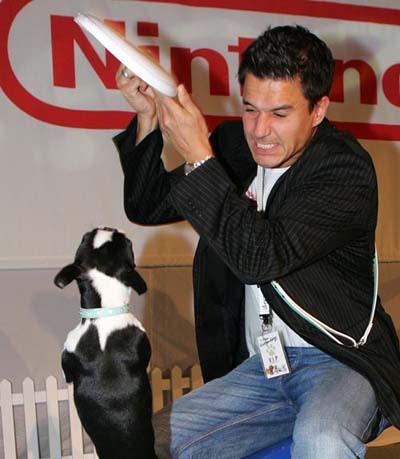 Sarah Dunn had a starring role as Girl in Club in The Dark Knight.

At least, I think it's her but it's hard to be sure. If so, the right side of her face is by far the most successful side, right or left, of any face to ever appear in Hollyoaks. In fact, you could combine all four sides of the faces possessed by those twins who died in a fire, or maybe one of them did but not the other or something, along with those of Brian the Goth, and their cumulative facial success wouldn't so much as make a dent in that of the right side of Mandy's face.

Here she is discussing her role on This Morning.

My favourite bit is "Did you get to work with Christian Bale? ... Or near him?"
James Corden

He was less than complimentary about the Oaks and its cast in later years, though, saying:

"
"
I'd rather die than go back. I can't tell you the sheer disdain I have for the place and people. I met a couple of really good friends there, but it's only 20% nice people.

It just breeds pricks - all these people walking around with this chicken-in-a-basket fame, talking about going to LA, you know?


Just because they didn't let you in the calendars.
Max and OB

Max and OB are now DJs on 97.4 Rock FM in Preston, and Max founded his own production company and made a short film. He'll also be returning to direct some episodes of Hollyoaks soon.

Yes, Max off Hollyoaks is officially more successful than you. How does that make you feel, fatty?
Izzy

Izzy is now married to Rafe Spall, a friend of mine told me the other day. I haven't even bothered fact-checking that. It is a good enough excuse to put a picture of her above, though. And anyway, Luke loves her.
Jason Cunliffe

I only realised while researching this article that love-rat footballer Cunliffe was played by Alex Reid, latterly of cage-fighting, cross-dressing, Jordan-marrying, douche-being fame, but now it all fits. It's the Circle of Life.

Before going on to star in the pages of Now! magazine and the British-made drama film Killer Bitch, along with a load of birds off Babestation, Reid featured in one of the Oaks's finest character arcs, and also the following spin-off late-night episodes/VHS releases:

McKee played Louise Summers, who I think might have been a bitch? Maybe an uberbitch, even. I don't remember, but she appears three times in the picture above because I think she might be The One.

She went on to appear impressively butt-ass-nekkid in a bath in Game of Thrones, which I have just this second decided to watch. 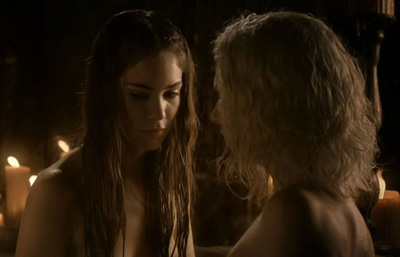 That's right, I cropped them out. This isn't Robbscelebs, you know.
Bazz FM

I literally cannot find a picture of him on Google images. It's almost as if I just walked into a spooky old guesthouse, said his name to the old lady at the desk, and she replied: "Bazz FM, you say? Why, there's been no Bazz FM here since he burned down forty years ago ..."

More:  Hollyoaks  Channel 4  Top 10
Follow us on Twitter @The_Shiznit for more fun features, film reviews and occasional commentary on what the best type of crisps are.
We are using Patreon to cover our hosting fees. So please consider chucking a few digital pennies our way by clicking on this link. Thanks!