In line with all the UK's other major news outlets, The Shiznit is declaring its stance on the EU Referendum. As a forward-looking, progressive website which is only racist behind closed doors and even then it's only a bit of fun, we urge you to vote to remain in the European Union. If you don't, the following truly awful film-related things will 100% definitely happen.


James Bond films will all have to be set in Leicester because he can't get a Visa to go to Rome.
The re-edited UK version of the new Star Trek film will show the cast of the enterprise boldly exploring nothing beyond the English Channel.
There will be no more nachos in cinemas because they are Spanish or possibly Mexican but either way FOREIGN which is AWFUL.
The Hovis advert will become the UK's highest-grossing film at the domestic box office.
There'll be an EDL-funded remake of Birth of a Nation about lynching Muslims.
The Ghostbusters remake will definitely be terrible and ruin everybody's childhood, except Boris Johnson's because he never saw Ghostbusters in the first place.
With European movies forbidden, England will be forced to introduce the Dad's Army Cinematic Universe. 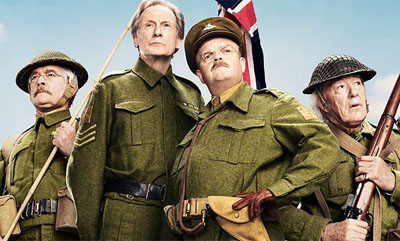 The scenes in the Godfather trilogy set in Italy will be re-shot using the puppets in the Dolmio advert.
All DVDs of Before Sunrise will be recalled and new copies only sold as a version in which the backgrounds are now Leeds and all spoken references to Vienna have been overdubbed with a bulldog barking.
Scotland's call for a second independence referendum will result in the cast and crew of Trainspotting 2 being permanently stranded in Edinburgh.
With EU funding for scientific research cut, in the event of an alien invasion there will be no unconventional scientist who warns about the gravity of the situation, is initially shouted down, but eventually is proved right and saves the world, because he will have been made redundant and forced to go and work in Boots.
Henceforth, any film with the word 'Exit' in the title will have it changed to read 'Brexit' instead. Other title changes will include Brexit at Tiffany's, The Brexit Club, Once Upon A Time In Brexico, and Brex-Men: Apocalypse.
Waterworld will be renamed 'Waterworld: A Warning From History'.
Instead of being set in the Greek Islands, Mamma Mia will instead be set on a sink estate in the West Midlands.
Liam Neeson will have his reserved funds completely exhausted in Taken 4 thanks to extortionate data roaming charges.
Independence Day: Resurgence will be re-cut to explore how the hive-mind of the alien invaders ultimately leads to debilitating red tape, paperwork and fewer opportunities for personal development in low-wage professions.
Ice Age: Continental Drift will be re-named Ice Age: Continental Liberation.
Brexit will lead to an immediate cut in EU disaster relief subsidies, meaning none of the damage done in London Has Fallen can be repaired and we all have to live in a bin.
Michael Moore will probably make a fucking documentary about it which is mainly about him. 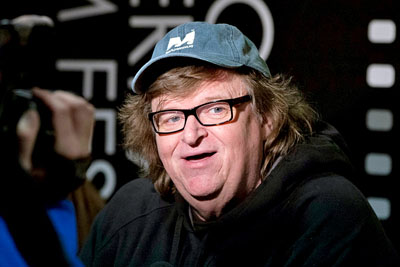 In all World War Two films the Nazis will win because the Allied soldiers refuse to acknowledge their existence.
All English bank heist movies will be rendered insignificant as the value of the pound plummets into minus figures.
Luc Besson's Léon will be reissued to replace Jean Reno with Nigel Farage wearing a beret and a string of onions, going "Haw hee haw hee haw."
Independent and arthouse cinemas will only be permitted to show episodes of 'Allo 'Allo.
With no EU safety regulations on children's toys, 63% of the country's under-fives will have choked to death on the Dr Strange action figure's pointy collar by 2022.
All French films will be categorised as porn.
Plus: twats will have won.

Not everyone voting to leave the EU is a twat, but all twats are voting to leave the EU. You aren't a twat. You like films because you like ideas and being introduced to things outside your own experience. You don't want to live in a country where a public discourse prevails that rejects the unknown or exotic, encourages you to look inward rather than out, and wants you to blame immigrants for your troubles so you don't question those you elected to serve you, or the billionaires who own the newspapers you read. You don't want to live in a country that announces to the world: Don't come here if you're different and you want to show us new things. Don't come here and make Star Wars movies, or shoot Game of Thrones, or bring any of your foreign crap to the London Film Festival. You want to live in a country that knows it isn't the whole world, and thinks that's a good thing.

The Shiznit, in its usual ill-informed, paper-thin way, encourages you to Vote In. Because, above all, we're all passionate about European cinema. Like ... um ... what's the one they were on about at Cannes? You know, the Belgian one. It's got a girl on a bike.

More:  Site News  Politics
Follow us on Twitter @The_Shiznit for more fun features, film reviews and occasional commentary on what the best type of crisps are.
We are using Patreon to cover our hosting fees. So please consider chucking a few digital pennies our way by clicking on this link. Thanks!