A superhero movie fan has expressed tremendous excitement regarding the simultaneous release of Captain America 3 and Batman Vs Superman on the 6th of May, 2016, claiming he "can't wait to see who wins", blissfully ignoring the fact that the event is still 756 days away and he could feasibly accomplish many life-changing things in that time.


Self-confessed "comic-book nerd" Trevor Powers has taken to social media today to share his excitement regarding the superhero movie face-off poised to take place in 2016, which is still two whole years away. "Captain America 3 confirmed to go up against Batman Vs Superman on 6th May, 2016!" tweeted Powers from his Twitter account @Powers_Man, making no reference as to what he might do with his life in the meantime. "This is gonna be epic!"

Powers, who is currently unattached though could technically father a one-year-old child by the time the heralded date comes to pass, continued to enthuse about the release of two superhero movies on one day. "I'm a Marvel man so I'm backing Cap all the way!" read one of Powers' 22 tweets on the matter, indicating that he will indeed remain interested in the release window of both films over the next 756 days. "Batman Vs Superman will be amazing but damn if I don't love me some Avengers!" Powers' poorly father is currently residing in a care home and is not expected to live longer than 12 months. 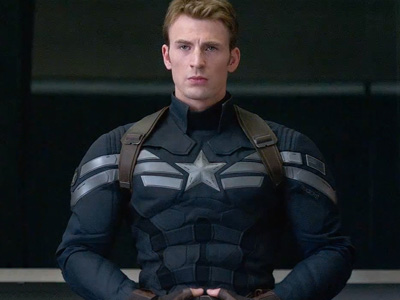 Star Chris Evans, who has indicated plans to take up a career in directing.


Other major life events which will occur during the two-year waiting period which Powers has thus far indicated no excitement towards include; his 40th birthday, for which he currently has no plans to celebrate; the marriage of his younger brother; and the subsequent birth of his nephew. While focused on the release strategy of rival movie studios, Powers failed to note that his place of work is struggling and will probably have to undergo a series of redundancies which he will more than likely be a part of, while the rent on his apartment block is due to rise sharply, forcing him to face up to the prospect of selling part or all of his comic-book collection in order to make ends meet.

"Best weekend ever!" he added.

"Consider this: it's not just Cap and Bats going head to head, it's Black Widow and Wonder Woman too!" wrote Powers, who will likely remain single in the 25 months leading up to the release of both films. "God I am so psyched! Better keep that weekend free LOL!" At present, Powers has no social activity planned until a celebratory work party on April 24th 2014, which he may or may not attend.

Powers is planning on rewatching Captain America: The Winter Soldier when it is released on Blu-ray "a bunch of times" and has indicated that he'll enjoy an all-night Avengers movie marathon "if [he] can spare an evening", which he can. Things Powers could realistically achieve but will fail to accomplish in the 756 days before May 6th 2016 include learning to speak French fluently, saving enough money to travel around Greater Europe for 12 weeks, reading the 100 greatest works of literature ever written and teaching himself to play the piano to a Grade 5 level.

Marvel will have released three additional movies before the release of the currently untitled third Captain America film, each of which Powers will claim to be "possibly [his] favourite Marvel movie yet". DC will release no new films in the interim.

More:  Captain America  Batman Vs Superman  Batman  Superman  Marvel  DC  DUH Satire
Follow us on Twitter @The_Shiznit for more fun features, film reviews and occasional commentary on what the best type of crisps are.
We are using Patreon to cover our hosting fees. So please consider chucking a few digital pennies our way by clicking on this link. Thanks!