A new adult version of classic 80s movie Ghostbusters has drawn criticism from fans of the original for reimagining its main characters as female. Many have claimed that the new film, which sees its female stars engage in a number of explicit sexual acts with male 'ghosts', is a case of "feminism gone mad".

And in a significant change to the formula, rather than "busting" ghosts, the lead characters appear to seduce them instead, ultimately leading to a range of xxx-rated scenes showing all manner of sexual activities that apparently ignore any kind of plot altogether.

Fans were quick to express their anger in the comments section, with just a few examples below:
VinzClorthoKicksAss!: This completely changes the whole Ghostbusters canon! Why do they have to be women? Frankly it's disgusting.

BringBackBillMurry: Those aren't even close to the uniforms. They're dressed more like schoolgirls. #Feminazis

Carpathian67: Oh great. With female Ghostbusters, now we really will see the mass hysteria Venkman mentions in the first film. What Slimer seems to be doing to "Shegon" in the last scene of that trailer? That's what they're doing to my childhood right now.

Gotflavabitch: It looks ok. It's not very funny, but I guess they're going for a different audience. I can even understand changing 'ectoplasm' to 'ectogasm'. But ghostbusters isn't ghostbusters without Murray, Akroyd and the others. They should have done this with the original cast or not at all. 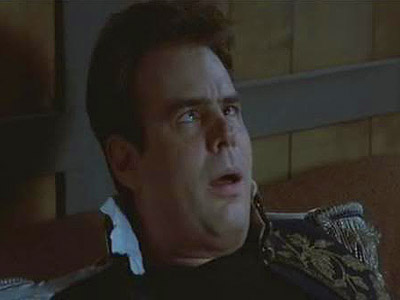 "This is, and always will be, the sexiest moment in Ghostbusters history" - @BJGhost47


With an online petition in place fighting against this female-centric Ghostbusters, it seems that fans might actually get their way. Don Biggun, spokesperson for Nasty Chix Productions, the studio behind the film has confirmed:

"
"
We have listened to the fans and realise we need to address this issue. So, next week, I’ll be filming an all-male version, probably called Ghost Custard… no, wait. That’s a working title. I’ll come up with something better. The important thing is that we keep the Ghostbuster legacy intact.
However, implying that this decision may just be a cynical studio move, Biggun added "And who knows? Maybe somewhere down the line, we can have a crossover of both franchises." He then rubbed his knees and smelled his hands.